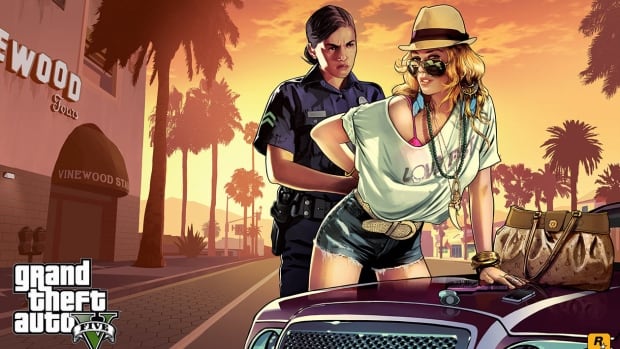 Gamers have been desperate for information on the newest Grand Theft Auto game.

But when reports emerged that the next instalment of the videogame franchise — in which hardened criminals wreak havoc with car chases, gunfights and plenty of curse words — will co-star a playable female character, a wave of negativity on social media and YouTube soon followed.

“The fat feminists have gone too far now,” said one YouTuber.

“I can guarantee you if it’s some woke bullshit, there’s no way that this is going to outsell GTA 5,” lamented another.

According to a report from Bloomberg’s Jason Schreier, the sequel to 2013’s Grand Theft Auto 5 will feature a Latina woman as one of the game’s main characters. She’ll be one half of a pair of characters inspired by the real-life criminal duo Bonnie and Clyde.

The report also said that developer studio Rockstar Games is tweaking the next game’s humour. Previous GTA games drew criticism for jokes some labelled as sexist, racist and transphobic. Rockstar has apparently committed to not “punch down” on marginalized communities as much as in past instalments.

“People like me have been very excited [for the new release]…. But unfortunately, as is the way of the gaming community, some people have been a lot more negative,” said Eleni Thomas, a writer for the gaming and pop culture site Dexerto.

“There has been a lot of sexism as a result of this — things like people posting, you know, potential first mission ideas … for the female protagonist to wash the dishes.”

The report on the upcoming Grand Theft Auto, as well as the rocky reaction to it among some gamers and commentators online, is yet another example of the polarized discussion between fans eager for a fresh take on a long-running franchise and others resistant to more inclusive iterations of their favourite games.

According to Schreier’s report, the new game is at least two years away from release. Rockstar and its publishing company, Take Two Interactive, previously confirmed the new game is in the works, but have not released any other details.

The Bloomberg story cited more than 20 unnamed current and former Rockstar employees; the notoriously media-shy company did not make an official comment.

For the first time ever, the Grand Theft Auto series will have a fully voiced female protagonist. That’s thrilling news for some, but a vocal contingent of fans has expressed they have no interest in playing as a woman. Those responses have gaming journalist Eleni Thomas wondering whether Rockstar will stand behind their female protagonist or acquiesce to the pressure from those fans.

The report notes a possibly significant shift, said Thomas, considering the series hasn’t had a playable female character since at least before 2001’s Grand Theft Auto 3.

Since then, game series with women and non-white protagonists have risen in popularity, such as The Last of Us and Horizon.

But as big as those games may be, arguably none of them have the cultural cachet of Grand Theft Auto, a series that has grossed billions of dollars since its debut in 1997. Even now, GTA 5, which launched nearly 10 years ago, still makes the monthly bestseller charts.

“Grand Theft Auto is an older franchise and I think, in some ways … it represents sort of what the gaming culture used to be,” Thomas said. “It was, at that point in time, more male-driven, more male-dominated … the industry, the community and the players themselves.”

Just this week, another game series attempted to refresh itself, with mixed results.

Saints Row is the fifth in a series that debuted in 2006 as a competitor to the GTA games. Critics originally labelled it a GTA “clone,” given its similar mission structure and tone. Later sequels differentiated themselves with a greater emphasis on slapstick comedy and science-fiction twists.

Early trailers revealed the new instalment — the first in nine years — would be a hard reboot, breaking away from the previous numbered sequels.

Gone were the previous games’ cool guys and hot girls wielding a giant purple sex toy like a baseball bat. Replacing them was a quartet of millennial ne’er-do-wells who spend their off-time playing board games and singing karaoke.

The new cast is distinctly non-white, and players can customize the appearance and voice of The Boss, whom they control throughout the game, including options for male, female and gender-neutral features (as well as prosthetic limbs).

Like the Grand Theft Auto reports, some fans did not take the changes well. Critical reviews didn’t show much love for the game, either. Saints Row currently holds a 63-69 per cent average on the reviews aggregator site Metacritic.

“The characters are not … in the top-10 list of reasons why the Saints Row reboot doesn’t work for me,” said Jordan Middler, who called the game “a painfully generic open-world malaise” in his review for Video Games Chronicle.

Middler worries, however, that the discourse surrounding the game’s new cast may drown out discussion over its actual weaknesses.

“When games are revealed these days, a certain small segment of the audience senses any kind of change that could be perceived as ammo in this ongoing, pointless culture war, that the game could somehow ‘go woke’ or anything like that,” he said.

New takes on Saints Row, Grand Theft Auto and other games are simply a reflection of the fact that the people making them are aware of certain cultural shifts, says merritt k., managing editor at gaming site Fanbyte.

“The conversations and discussions around, you know, social dynamics, around race, around sexuality, around gender — all this stuff has changed … a lot in mainstream spaces over the past decade,” she said. “These conversations have become much more mainstream.”

In a column, merritt wrote that the fervour of the debate ahead of Saints Row‘s launch was divided into two camps: people who were hoping the game would fail and those who argued that its financial success would mean a victory for progressive politics and representation.

“People do sometimes look at video games like Saints Row and think, oh, this is a barometer for the culture war, and is my side winning or is the other side winning,” merritt told Day 6.

“Video games, obviously, like any media, can tell important stories and can make people feel seen and can facilitate human connection. But, you know, buying a game isn’t fighting in a culture war, and isn’t necessarily a political act.”

Ultimately, the negative critical response to Saints Row may put a greater onus on the next Grand Theft Auto game to knock it out of the park.

“I think that’s the biggest thing that Rockstar have to do … just make sure that [the new heroine] isn’t just a one-dimensional character,” Thomas said.

“Prove the naysayers wrong by creating a character that even the people who have some hesitations ultimately fall in love with. I think that’s the best way to respond.”