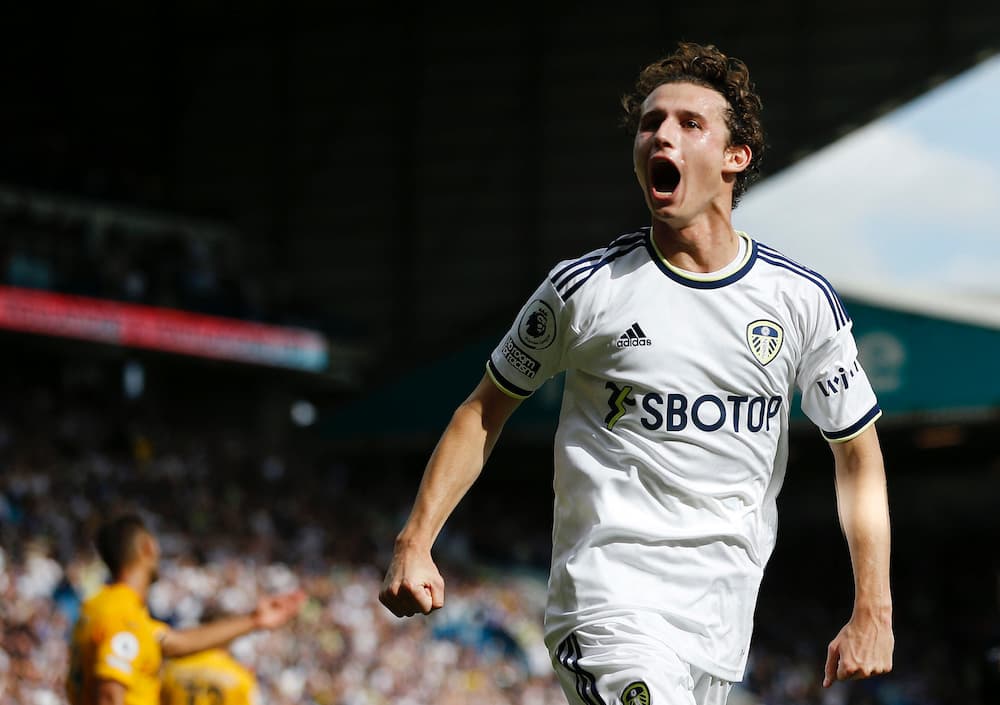 Gameweek 4 of Fantasy Premier League (FPL) is almost upon us, which gives us an opportunity to have a look at some more differential options.

This time, we’ve selected low-owned picks at Leeds United, Manchester United and Wolverhampton Wanderers, who we think have the potential to make an impact.

As always, to qualify, the player must have an ownership of five per cent or less at the time of writing.

Brenden Aaronson (£5.5m) has made a great start at Leeds United following his summer move, scoring his first goal for the club in Gameweek 3.

Against Chelsea, the former RB Salzburg man added energy and creativity from his central attacking midfield position and was always looking to press and run in behind Thomas Tuchel’s defence. “He’s tireless. He’s relentless” were Jesse Marsch’s words when asked about Aaronson’s performance after the match.

Marsch later vowed that his team would “always attack”, which is a promising sign ahead of fixtures against Brighton and Hove Albion (a), Everton (h), Brentford (a) and Nottingham Forest (h), given that Leeds are unbeaten so far this season.

Across the opening three rounds, amongst teammates, only Jack Harrison (£6.0m) has received more passes in the final third, while he has also racked up five goal attempts, three created chances and nine crosses. It’s also worth noting that he has also seen a goal taken away from him and given as an own-goal against Wolves.

Aaronson’s career numbers suggest he won’t ever be a prolific goalscorer, but there are often caveats with players at this price point, and it does feel like the US international is one of the best budget midfielders on offer right now.

We’d originally included Anthony Martial (£6.9m) in this slot, only for Erik ten Hag’s Friday press conference to derail us.

As a result, we’ve turned to 5.4 per cent owned team-mate Marcus Rashford (£6.3m), who we’ve made an exception for despite sitting just over our usual differential threshold.

The 24-year-old has already suffered two price drops this season but netted his first Premier League goal of 2022/23 in an excellent display against Liverpool on Monday night.

Indeed, no player from either side racked up more goal attempts (five), shots in the box (five) or efforts on target (two) than Rashford.

United got off to a terrible start to the 2022/23 campaign and sat rock bottom following defeats to Brighton and Hove Albion and Brentford. However, there were encouraging signs in their win over Liverpool, which means they can approach Saturday’s trip to Southampton in a more positive frame of mind. Notably, the Saints’ have failed to keep a clean sheet in their last nine Premier League matches, extending back to last season.

There is competition for places at United, and we can’t simply forget that Cristiano Ronaldo (£10.4m) is still an option, but it does feel like Rashford can become an important player for ten Hag, who clearly has a lot of faith in him.

Goncalo Guedes (£6.0m) made a promising first Wolverhampton Wanderers start in Gameweek 3, as he went close to scoring in the first half.

The 25-year-old made some very good runs in behind Tottenham Hotspur’s defence, registering five shots – more than any other player on the pitch – and three chances created. He did fade a little as the match wore on, but that’s understandable given he is new to the league.

Guedes scored 11 La Liga goals and assisted a further six in 2021/22, his most productive season in Spanish football, and not only featured on the left coming inside onto his favoured foot but also centrally and on the right. His versatility and ability to play as a striker is appealing, then, especially with Raul Jimenez (£6.9m) still building up his fitness.

It must be said that Wolves aren’t in great form after a winless start to the campaign. Last season’s goalscoring woes, when they finished as the division’s lowest scorers outside of the relegated teams, have continued into 2022/23. However, there has been progress in each of the three games so far, with the signing of Guedes and fellow Portuguese Matheus Nunes (£5.0m) perhaps going some way to alleviate those concerns.

Guedes is a product of the Benfica academy, where he rose through the system under the watchful eye of Bruno Lage, who served as a youth at the Portuguese club. Now reunited at Molineux, the £6.0m midfielder could be a smart differential to capitalise on Wolves’ next three fixtures: Newcastle United (h), Bournemouth (a) and Southampton (h).