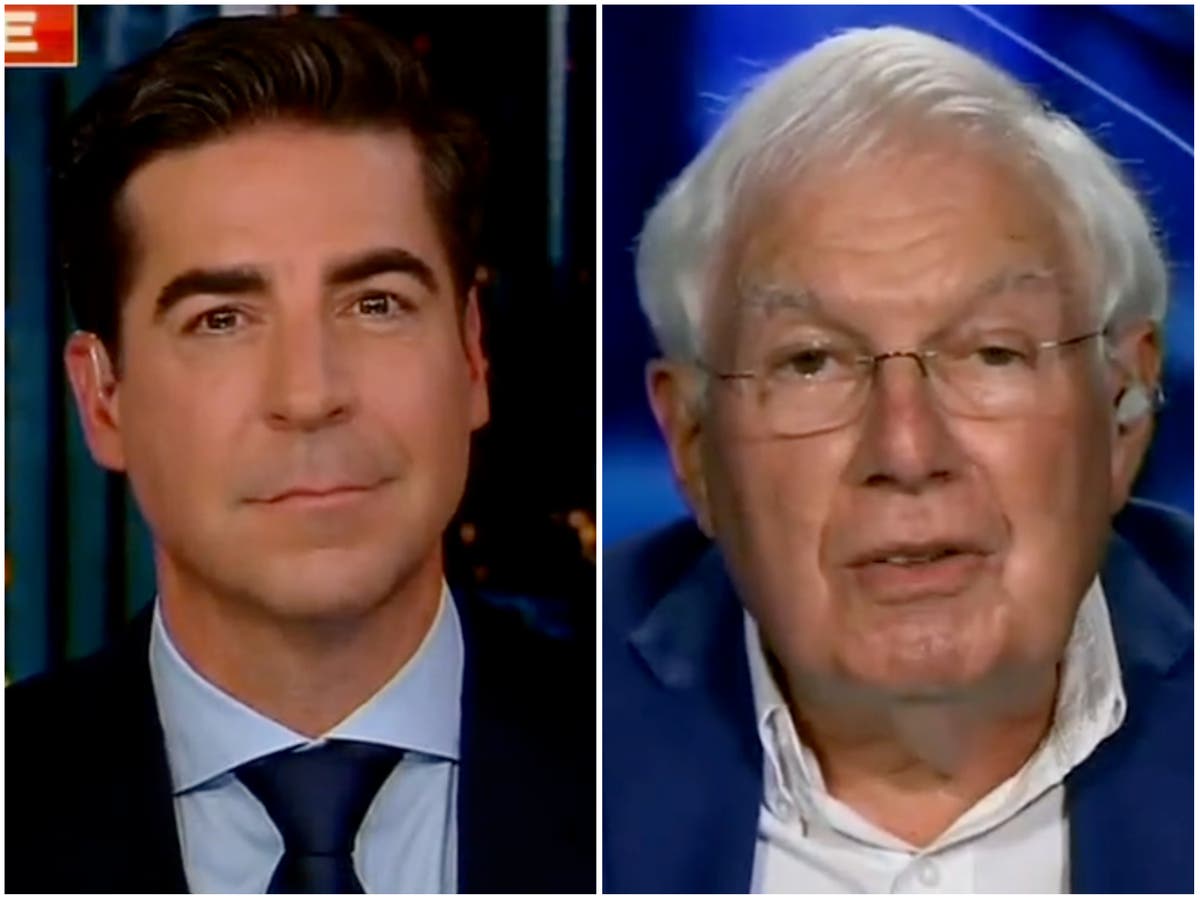 Fox News host Jesse Waters appeared stone-faced as author and journalist Ronald Kessler listed the possible sensitive documents that could have been held at Mar-a-Lago by former President Donald Trump.

Mr Kessler, 78, the author of The Secrets of the FBI and other non-fiction books about the White House, the CIA, and the Secret Service, appeared on Fox News on Thursday.

“The level of classification that we’re talking about here for these documents, beyond top secret, beyond Sensitive Compartmented, that could very well include the plans for counterstriking against Russia in the event of a nuclear attack,” Mr Kessler said.

“That’s something that’s part of the football programme … where the President chooses options from these documents on how to respond, he has to respond within 20 minutes to prevent annihilation of the United States. And that’s one item that could be in these documents,” he added.

“Now, there are penetrations by the CIA of foreign embassies, of foreign leaders like Putin, as well as recruitment of spies overseas,” Mr Kessler said. “So we’re talking about incredibly valuable secrets that the Russians, of course, would have been after.”

“The Russians would have been trying to penetrate Mar-a-Lago day and night and very possibly did recruit spies to obtain these documents,” he said.

After sitting stone-faced during his guest’s comments, Watters stepped in to try to minimise the threat Mr Kessler had raised: “You’re saying that they could be there. We have no idea if they’re there or not, and we’ll never know. And at this point … you can’t trust these guys, because they lie and they plant evidence for living.”

“Everyone was asked to leave the premises, they wanted to be left alone, without any witnesses to see what they were doing, taking or, hopefully not, ‘planting,’” Mr Trump wrote on Truth Social on 10 August, without evidence.

Trump attorneys Christina Bobb and Alina Habba have made similar baseless claims, arguing that his lawyers were unable to observe the raid.

But Ms Bobb and Eric Trump later revealed that Mr Trump and other members of the Trump family watched the raid take place in real-time on surveillance footage from New York after attorney rejected a request from the law enforcement agency to turn off the security cameras at the private Florida club.

Former New York federal prosecutor Sarah Krissoff has said that it’s a regular practice for the FBI to clear an area that is to be searched by its agents to ensure they are secure and that no interference occurs, according to Bloomberg.