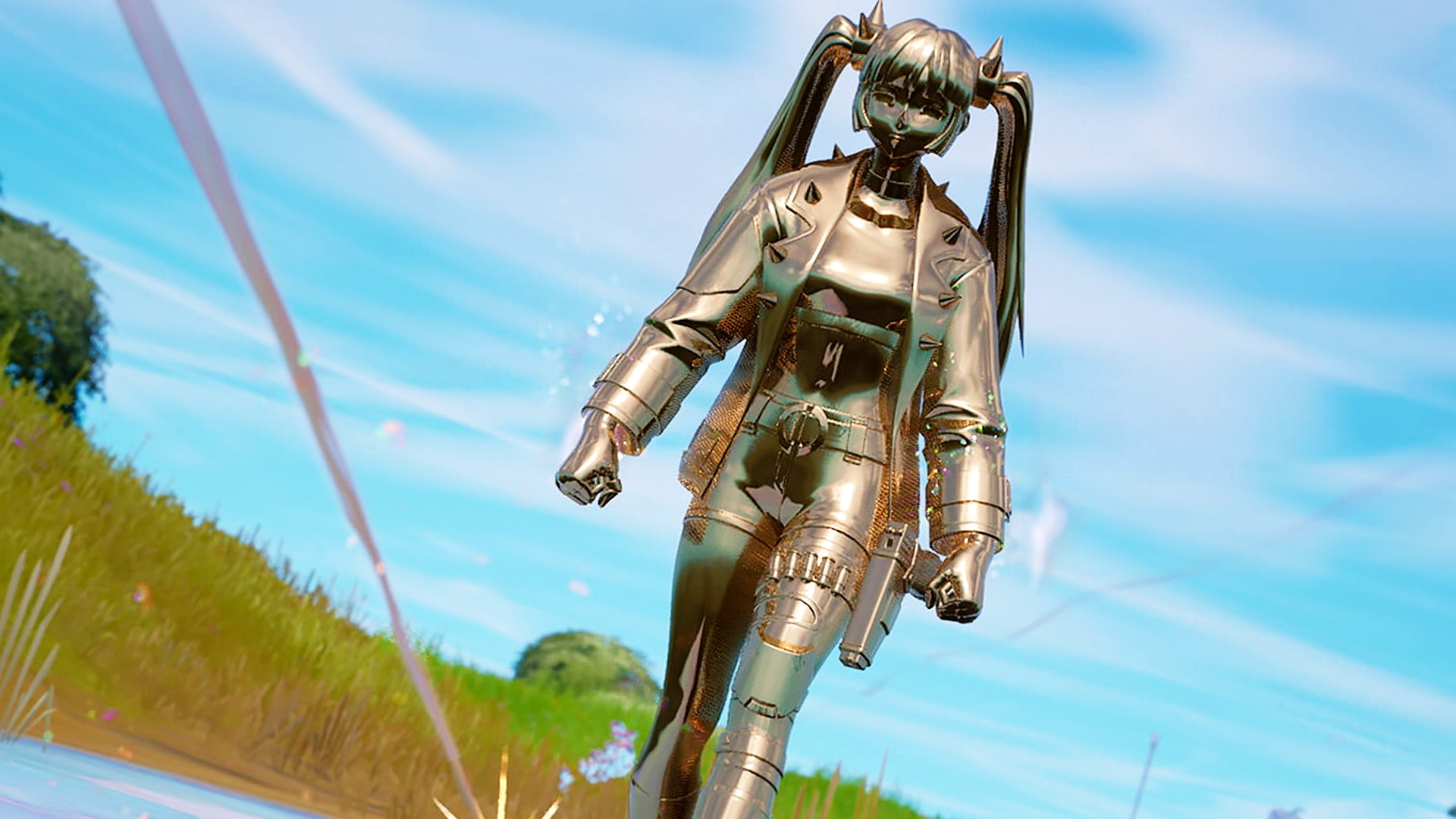 Curious about this Fortnite Chrome and just what it’s all about? Chrome is taking over the battle royale in Fortnite Chapter 3, Season 4: Paradise, with the Origin and The Scientist having already succumbed to the powerful, parasitic material. Now it’s on you to work out what’s going on and save the island, which includes knowing how to destroy chrome objects.

While some areas of the Fortnite map have already been coated in the shimmering substance, Chrome Splash can be found across the island, and can be used to turn yourself and nearby structures chrome. While Chromed, you can dart across the map with increased movement speed and phase through walls. Here’s everything you need to know about Fortnite Chrome Splash, and how to use it to complete weekly and Paradise quests. 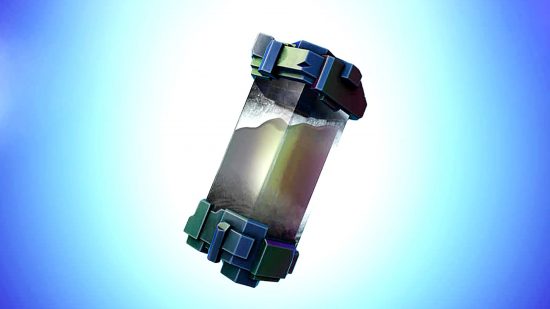 Fortnite Chrome Splash can be found anywhere across the map, in chests or as ground loot, and is thrown either at yourself or at structures in the same way as other splash items. When thrown, Chrome Splash coats everything in the splash zone with the mysterious substance, instantly recognizable by its metallic appearance. Any structures that are chromed can be phased through, while any chromed players are given unique abilities for a short time, including fire resistance.

Chrome Splash will take up a space in your inventory, but you can carry up to eight at a time, so you can stock up if you’re planning on using it a lot. As well as being able to find the Epic item around the map, you can also gather it by destroying Chrome objects. 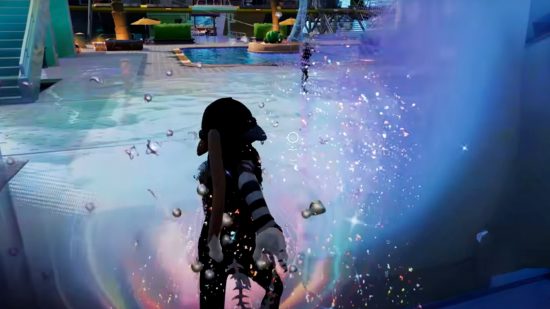 How to sprint while chromed and phase through structures

While Chromed, you are given a number of unique, temporary abilities. You will no longer be able to sprint, as trying to will change your form between humanoid and blob, providing abilities similar to those previously seen with the Shadow Bomb.

Instead of being shrouded in the shadow’s purple fog, you’ll turn into a chrome blob, gaining increased movement speed, alongside a dash ability which consumes energy in the same way as sprinting. While this means you can traverse the map faster, you of course can’t attack in this form, so press the sprint button again to turn back once you’ve caught up with (and snuck up on) opponents. While blobbed, you are also immune to fall damage.

Phasing through structures works in two ways. Firstly, chromed structures can be phased through whether you yourself are chromed or not. When blobbed, dash or air dash into any wall to chromify it and phase through it. This wall remains chromed even when your chrome effect wears off.

Destroying anything chrome, including trees and buildings, has the chance to drop a Chrome Anomaly when this quest is active. See our full chrome objects and anomalies guide for more details on this quest.

This one’s pretty easy to complete. Simply throw Chrome Splash at a wall and walk through it immediately.

This one is slightly more difficult, and we recommend carrying Chrome Splash with you to complete this. When you locate an enemy player, use the Chrome Splash on yourself, sprint into blob form, and then back to human form ready to down your opponent. Due to the five second time-frame, this could take a few attempts.

With this information about the new Fortnite Chrome Splash, you should have no problem getting to grips with Season 3, Chapter 4, completing quests, and levelling up that Battle Pass. Other quests involve new EvoChrome weapons, Mending machine locations, and taming Fortnite wildlife.