A FOOTBALLER clubbed his ex-girlfriend to death with a hammer and a baseball bat weeks after she reported him for stalking, it is alleged.

Giovanni Padovani, 27, allegedly left his team on the eve of a cup tie and flew to Bologna to lie in wait for Alessandra Matteuzzi, 56.

As she arrived home he then ambushed her in the lobby of her apartment building, police said.

She was on the phone to her sister Stefania – who heard her screams as she was attacked.

Through tears, she told a local TV station: “She got out of her car and started screaming, ‘No Giovanni, no, I beg you, help.’

“I was on the phone. I immediately called the Carabinieri who arrived straight away. 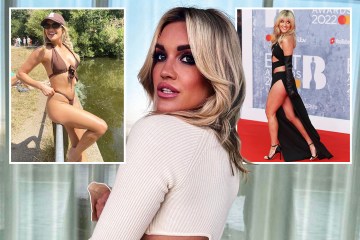 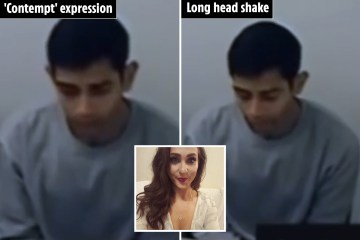 Alessandra and her younger lover had been a couple for around a year, according to reports in Italy.

However they spent most of their time apart as she lived in Bologna and he played in Sicily.

In January there was a bust-up at her home when he smashed dishes and a light, her sister claimed.

After they split he allegedly bombarded her with messages and calls at all hours and she reported him for stalking, it is alleged.

On previous occasions he had sabotaged her car, disconnected her meter from the outside, and tried to climb up to her balcony, residents said.

One neighbour told local media: “She was very afraid of him because he had become persistent and she didn’t want to let him in the house”.

Another neighbour said Sandra had asked her not to open the door if Padovani rang the buzzer to get into the building.

The case has sparked outrage in Italy amid claims the justice system fails to protect women from abusers.

He said a probe was immediately launched after the complaint was registered on August 1, but the investigation could not conclude until next week because witnesses were on holiday.

“We did what we could,” he said, adding the stalking report did not highlight “situations of a concrete risk of violence, it was just the typical conduct of bothersome stalking”.

Padovani – a model and former youth payer at Napoli – has played as a journeyman centre back for ten clubs in Italy’s Serie C and Serie D leagues.

Earlier this month he signed for fourth tier Sancataldese, based in Sicily.

But last weekend he was absent from the opening clash of the Italian Cup, against local rivals Catania.

He phoned asking to rejoin the team on Monday but was told to stay away, reports Corriere della Sera.

He then flew to Bologna in northern Italy, where he allegedly ambushed his ex on Tuesday.

Alessandra was still conscious when medics arrived but died in hospital of massive head injuries.

Padovani was arrested on suspicion of aggravated murder and is being held in custody.

HOW YOU CAN GET HELP:

Women’s Aid has this advice for victims and their families:

If you are a ­victim of domestic abuse, SupportLine is open Tuesday, Wednesday and Thursday from 6pm to 8pm on 01708 765200. The charity’s email support ­service is open weekdays and weekends during the crisis – [email protected]