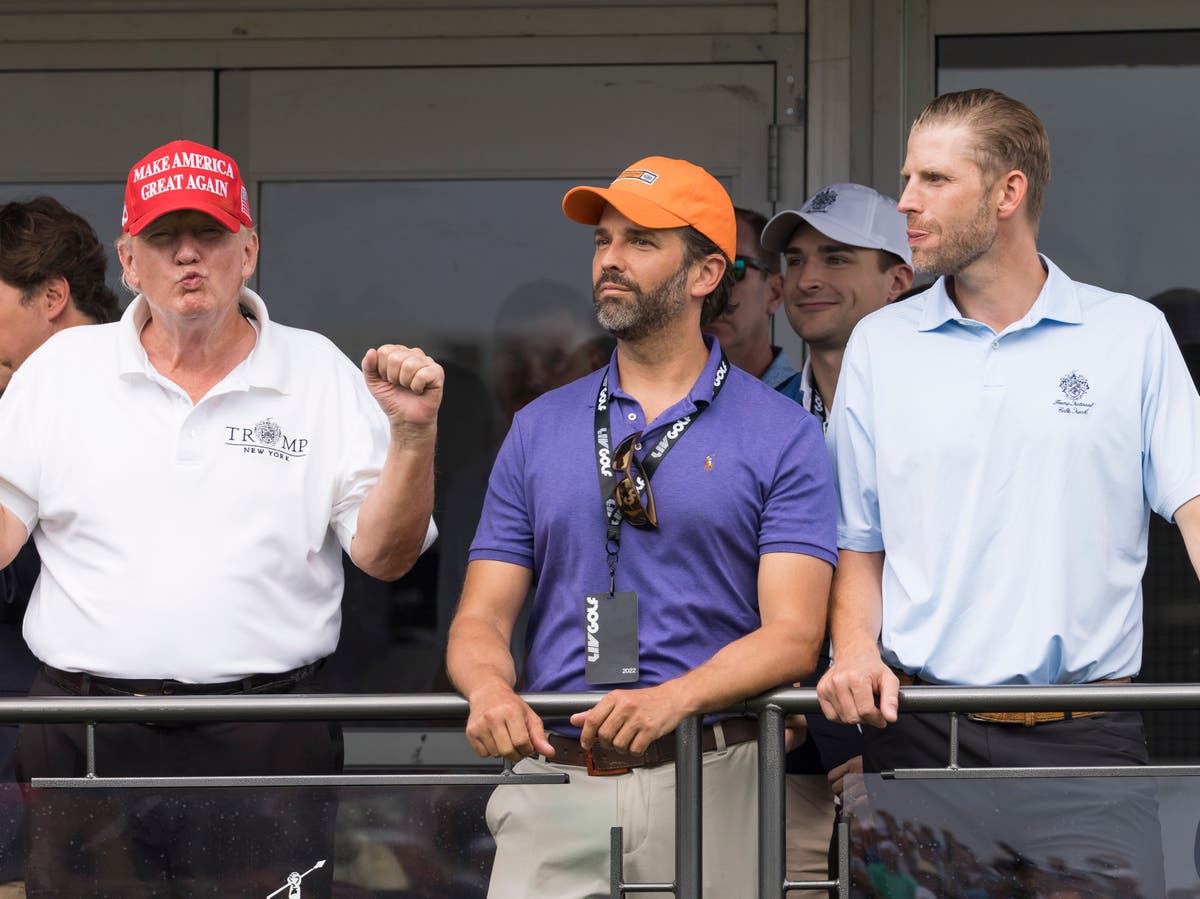 Donald Trump Jr has reacted to the release of a document relating to the FBI search of his father’s Mar-a-Lago home, sharing a picture of Donald Trump senior with a black redaction box over his private parts and adding the caption “Redact this!!!”

The bizarre post came soon after the redacted version of the affidavit that the FBI used to get a warrant for searching the former president’s Florida home was made public.

And it comes a couple of weeks after Arizona’s Republican nominee for governor, Kari Lake, said during an event that Florida governor Ron DeSantis and Mr Trump both have “BDE” (big d*** energy).

Ms Lake said that Gov DeSantis was “gutsy” and has “bigger—okay, wait, let me think about how I want to word this. My staff always says, whatever you do, do not say ‘balls.’”

She elaborated: “I will tell you what he’s got. I don’t know if you’ve heard of this, but he’s got BDE. Everybody know what that means? Ask your kids about it later.”

“I call it ‘big DeSantis energy,’” she added. “He’s got the same kind of BDE that President Trump has.”

“And frankly, he has the same kind of BDE we want all our elected leaders to have.”

This is not the first time the Republican party has devoted itself to a discussion of the former president’s private parts. In 2016, during a presidential debate, Mr Trump himself brought up the unusual talking point.

Mr Trump said at the time, referring to his hands: “Look at those hands. Are they small hands … if they’re small, something else must be small. I guarantee you there’s no problem, I guarantee.”