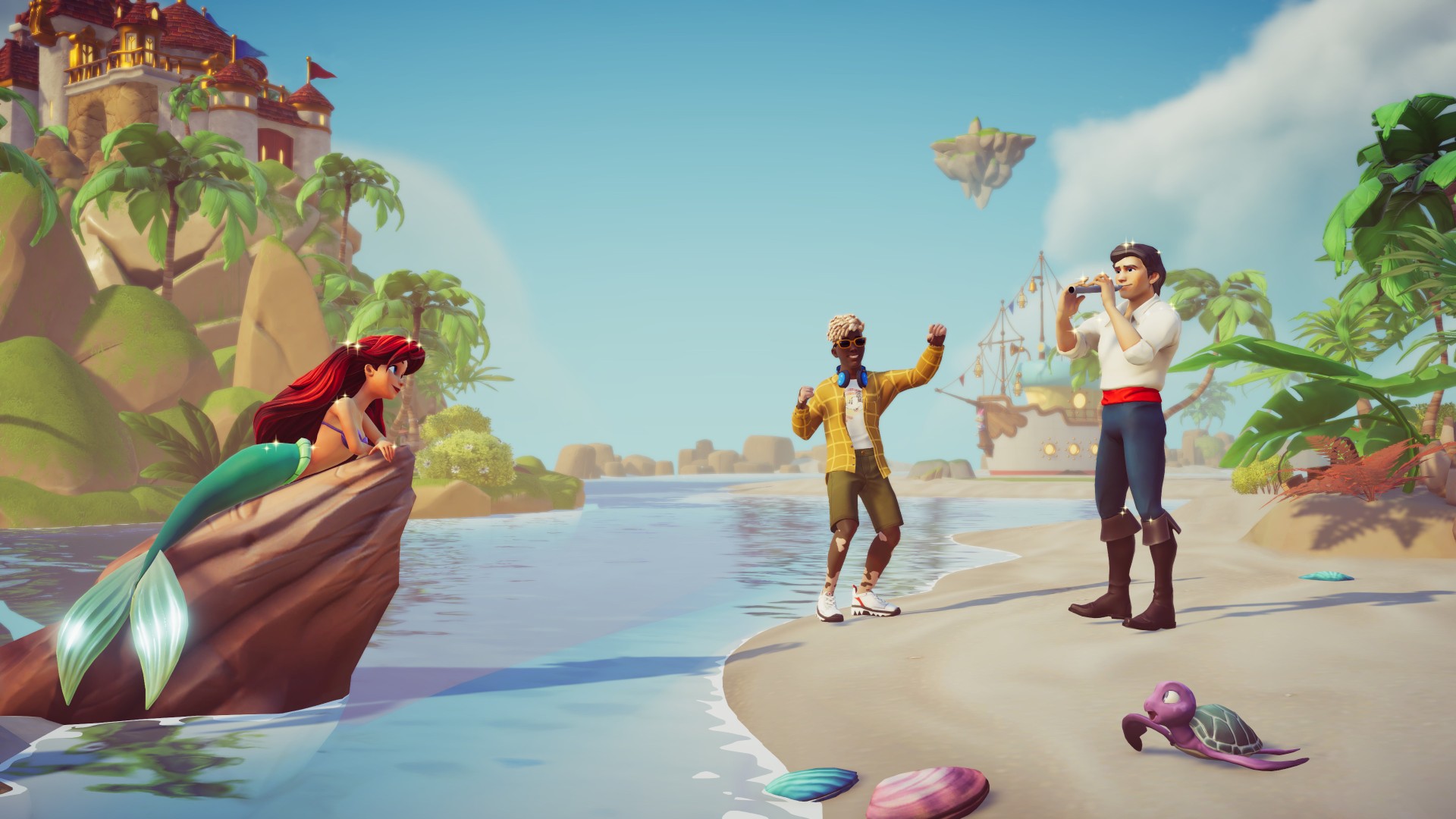 With the success of games like Stardew Valley and Animal Crossing, ‘life simulators’ are a dime a dozen these days, especially ones with farming elements. Few life games have the appeal of such well known and beloved characters as Disney Dreamlight Valley however, giving it a bit of an edge right from the get-go. It’s clear that this is geared towards children just as much as adults, so don’t expect the romancing shenanigans of Stardew, but Dreamlight Valley certainly has something for everyone.

There’s no beating around the bush when it comes to just how Disney Dreamlight Valley is – Merlin shows up right away and enlists your help as the magical saviour of the titular town, before introducing you to Scrooge McDuck, Goofy, and the big fella himself, Mickey Mouse. Four of the biggest Disney names are your fellow villagers from day one, and it’s these folks who set your first few tasks, whether it’s searching the meadow for basil and oregano so Goofy can teach you how to cook, or learning how to enter other worlds to save Merlin’s friends. 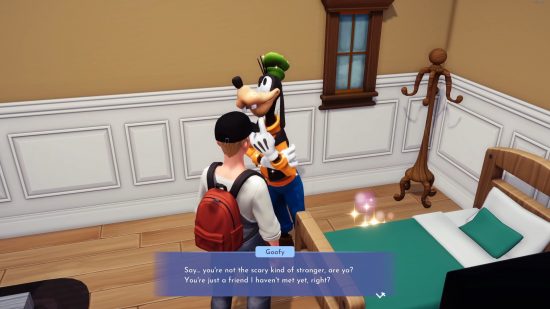 Dreamlight Valley takes a cue from Stardew with a mysterious narrative, but the reason residents need your help is a bit more fantastical than in other life sims. A terrible event has occurred; the town’s benevolent ‘ruler’ has disappeared from his post and something called The Forgetting has started, causing everyone in the village to lose their memories. This means that aside from a select few characters, everyone is being introduced to one another for essentially the first time.

While there are plenty of small side quests to crack on with, there are three core goals to achieve. The first is earning enough of the mystical currency Dreamlight to open the gateways to other worlds, where characters such as Wall-E and Remy are stranded. Dreamlight is acquired by completing menial tasks: water 50 dried vegetables, catch three seafood, have a daily discussion… you get the gist. Farming is something you’ll be doing every day in-game, with a selection of tools at your disposal to transform any area of Dreamlight Valley you like into your very own vegetable patch.

Then you have the mystery of solving The Forgetting and figuring out what caused the event. This will introduce some of Disney’s villains and ne’er-do-wells, Ursula being the first. When you meet her she tries to lure you into helping her. You don’t actually have a choice in the matter – even if you detested Ursula from the moment you laid eyes on her in The Little Mermaid, there’s no option to go against her in Dreamlight Valley, but you can offer snarky dialogue responses for some cathartic relief. 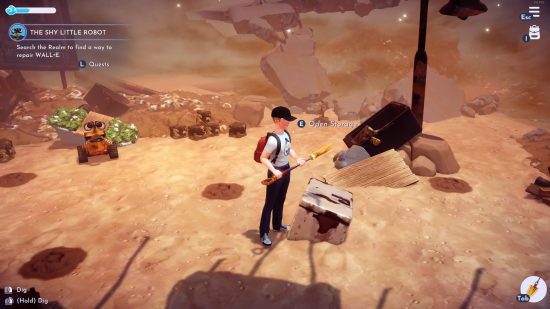 Finally, there’s the creation aspect. Disney Dreamlight Valley is much more akin to The Sims than most other life simulators and that reveals itself when it comes to dressing and designing your avatar. The character creator is limited to just a few select presets for each attribute (and no bald or shaved head option, much to my dismay), but the clothing options… At launch, there are 732 different clothing items to unlock from almost the entire Disney filmography, and you can even customise a lot of the plain items with countless textures, logos, and colours. There’s no limit to how creative you can get here, and that customisation also stretches to the village itself.

Much like Animal Crossing, you can place the homes of new villagers you rescue wherever you like and you can stick down all manner of objects and furniture – 974 furniture sets, in total – wherever you want provided you have the materials to craft them. With a number of different biomes to spend your Dreamlight on and unlock, such as Dazzle Beach, Forest of Valor, and Frosted Heights, there are a myriad of opportunities to make Dreamlight Valley feel like your very own slice of the Disney world.

It may not be exploring uncharted territory, but the fact Mickey Mouse gifted me an oven and I rescued Wall-E from the barren wasteland of Earth means Disney Dreamlight Valley doesn’t need to push the boat out too far to still have the potential to be one of the best farming games. It’s accessible and light yet still retains intrigue and a robust enough gameplay loop to have me eager for more.