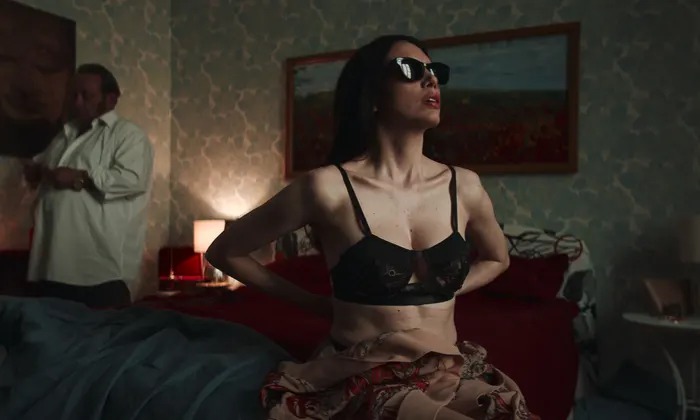 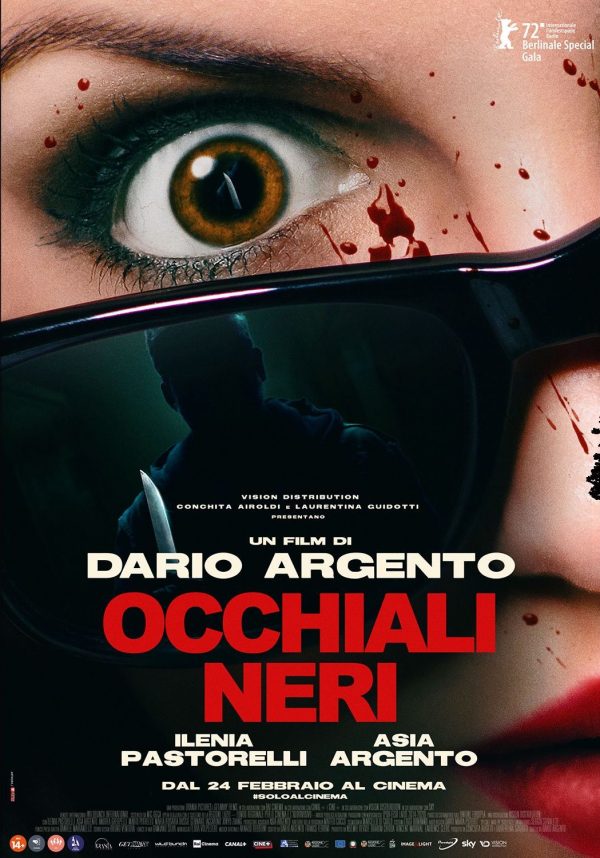 Diana, a young woman who lost her sight, finds a guide in a Chinese boy named Chin. Together they will track down a dangerous killer through the darkness of Italy. 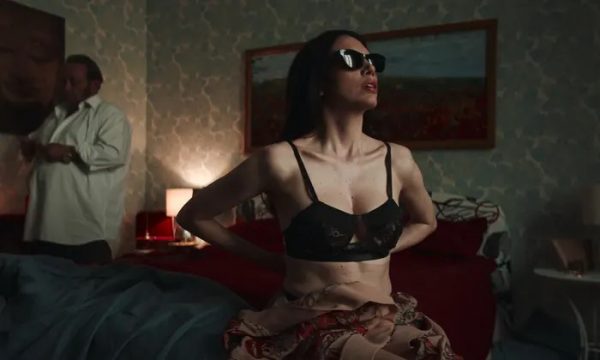 You’d be forgiven for assuming that giallo maestro Dario Argento’s filmmaking career had sputtered to an unceremonious end with the release of 2012’s widely-panned Dracula 3D. Yet a decade on, he’s finally back with a new project – a return to the comfortable familiarity of giallo with a project which he started working on two decades ago.

While Dark Glasses is largely a remix of the filmmaker’s better and more innovative prior works, it is nevertheless a relief to see the director back in a mode that confirms he’s still got the drive to craft an atmospheric and entertaining film, albeit one stymied by its patent lack of imagination.

In a plot that’ll sound familiar to anyone au fait with Argento or giallo, the story – co-penned by his regular collab Franco Ferrini – kicks off in Rome where three high-class prostitutes have been garrotted with cello strings. Next up on the murderer’s list is prostitute Diana (Ilenia Pastorelli), who while fleeing the killer one night is gravely injured in a car accident, which ultimately causes her to lose her sight. Worse still, the crash leaves a Chinese boy, Chin (Andrea Zhang), without a father and a mother in a coma, and a guilt-riddled Diana soon enough forms a bond with him, all while the shadowy killer continues to pursue her.

It’s a simple setup and hardly new ground for Argento, but from a nasty opening garrotting sequence onwards, it’s made abundantly clear that the energy and panache lacking in the filmmaker’s last effort has very much returned. While anyone pining for a gore-fest might be left a touch underwhelmed by what’s on offer here – blood and nudity are actually pretty fitful throughout – Argento assures that he still holds firm grip of his penchant for gut-wrenching mood, even as the narrative lacks sorely in creativity.

As is de rigeur for the genre and for Argento himself, Dark Glasses lurches feverishly between dead-seriousness and dead-silliness; it wouldn’t be quite fair to call it camp, but the end result manages to be both gnarly and fun all at once. It is, after all, a film in which our heroes end up fighting a bunch of water-dwelling snakes, because why the fuck not?

Argento is at least smart enough to take the central blindness conceit seriously in its entirety, and aided by a strong performance from lead Ilenia Pastorelli, persuasively conveys the isolation and fear of sudden blindness all while fending off a murderous maniac. In his debut, Andrea Zhang also acquits himself well, sharing solid chemistry with Pastorelli and making the fraught bond between two victims feel as organic as it possibly can. The filmmaker’s daughter and regular collaborator Asia Argento also has a beefy supporting role as Diana’s carer and confidante Rita, though her presence here is somewhat distracting in light of recent personal controversies.

Technically-speaking this isn’t one of Argento’s more visually inspired pieces, but it is far more robustly assembled than his last effort. DP Matteo Cocco helps the filmmaker concoct a richly sinewy aesthetic, while composer Arnaud Rebotini’s droning synths realise the perfect level of period throwback, even if it’s a shame that Daft Punk’s planned involvement never panned out prior to their split last year.

At a snappy 86 minutes, this film gets in and gets out before it can ever feel close to leaden, even if the third act is a tad long-winded and the killer’s inevitable unmasking proves to be a wildly underwhelming shoulder-shrug. Dark Glasses may be an overfamiliar and unambitious victory lap for Dario Argento, but it’s still a gas to see the 81-year-old auteur back in the filmmaking saddle.