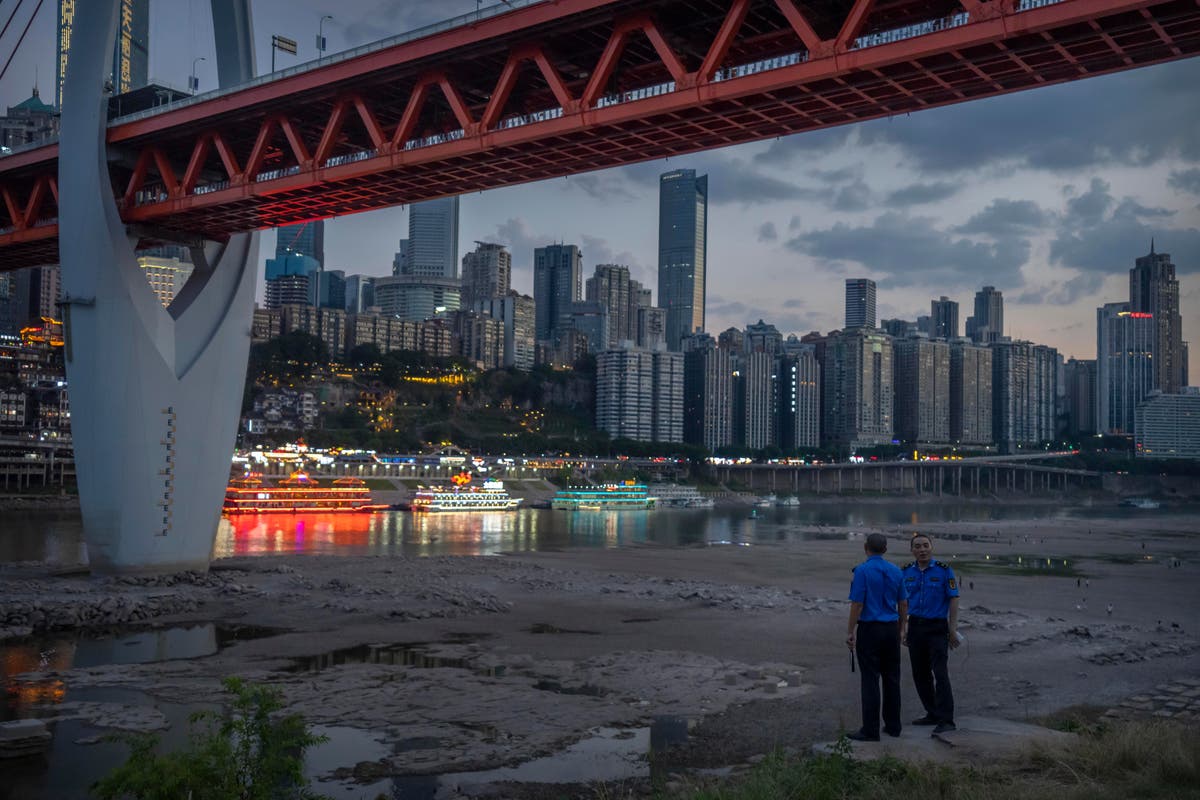 These startling pictures show the impact of China’s unprecedented drought as the country battles against an extreme heatwave.

The scorching heatwave, stretching past 70 days, is the country’s longest and most widespread on record and has left parts of the Yangtze River and dozens of other tributaries dry.

This has severely impacted China’s hydropower capacity and has caused rolling electricity blackouts, while there are also concerns about the impact the heatwave is having on crops.

The southwestern region of Chongqing has been hit especially hard, with one resident, Zhang Ronghai, saying that both his water and his power had been cut after a four-day mountain fire in the district of Jiangjin.

“People need to go to a power centre over 10 km (6 miles) away to charge their phones,” Zhang said.

On Wednesday, images shared on China‘s Twitter-like Weibo service showed residents and volunteers in Chongqing and Sichuan struggling and even passing out in intense heat during mandatory Covid-19 tests.

Damage to crops and water scarcity could “spread to other food-related sectors, resulting in a substantial price increase or a food crisis in the most severe case”, said Lin Zhong, a professor at City University of Hong Kong who has studied the impact of climate change on agriculture in China.

China has warned it is especially vulnerable to climate change and natural disasters are expected to proliferate in coming years as a result of more volatile weather.

As the drought drags on, state media have been turning their attention to the impact of climate change on other countries.

“Climate change is once again a wake-up call for the world,” said the official newspaper of China‘s corruption watchdog on Tuesday, adding that damaging heatwaves and droughts had hit Europe, Africa and North America in recent weeks.

China, the world’s largest source of climate-warming greenhouse gas emissions, is committed to bringing Co2 to a peak before 2030 and to become “carbon neutral” by 2060, and it is also racing ahead in renewable energy development.

But the drought has eroded hydropower generation and coal-fired power is again on the rise, with plants in Anhui province raising output by 12% compared with normal years.

Li Shuo, climate adviser with Greenpeace in Beijing, warned that power shortages “could easily be used as an argument to build more coal plants” but said a summer of extremes across the globe could prompt more action to be taken.