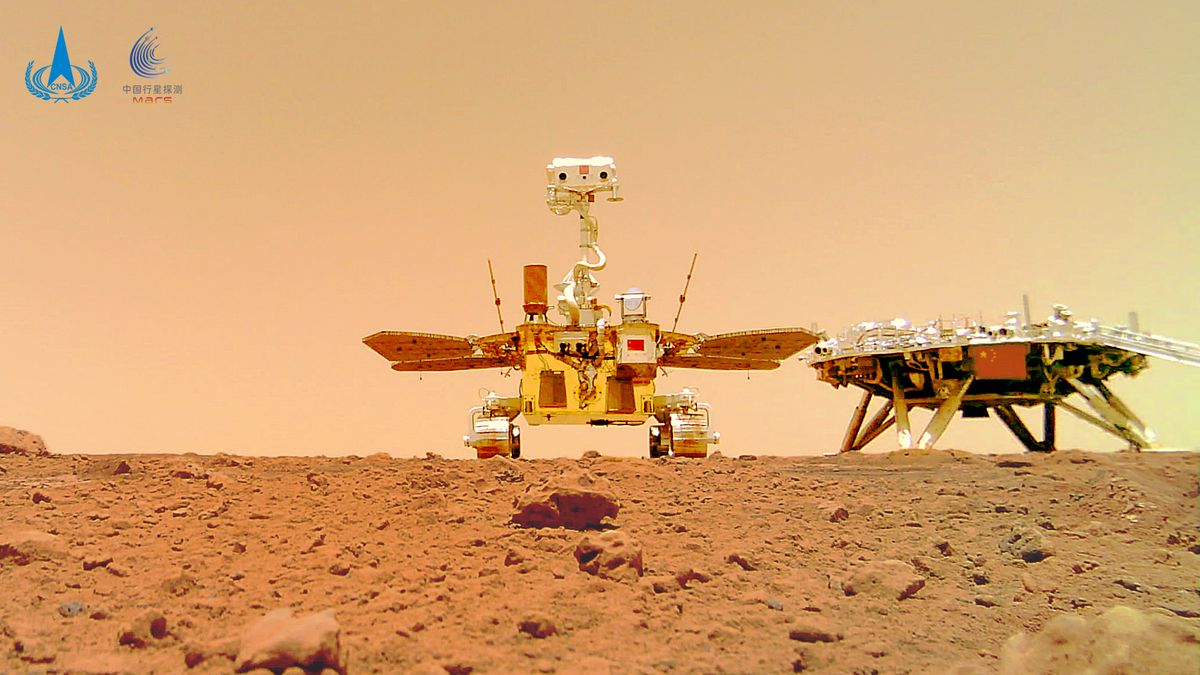 The China National Space Administration (CNSA) has revealed new data from its Tianwen 1 Mars orbiter and Zhurong Mars rover, according to a report from state-run media network CGTN.

Now, CGTN reports that CNSA has announced that the orbiter and rover have sent back 1,480 gigabytes of raw data — some of which supports the hypothesis that an ancient ocean once existed in the Utopia Planitia, the vast Martian plain that Zhurong is exploring.

Scientists analyzing the data have discovered the existence of hydrated minerals in the “duricrust,” a hard mineral layer atop soil that typically forms due to the evaporation of groundwater. The scientists claim that this finding proves there has been “substantial liquid water activity” in the region at some point over the last billion years. They’ve also determined “that the Martian soil has high bearing strength and low friction parameters,” which would indicate erosion due to wind, water or both.

The hypothesis that a liquid water ocean once existed on Mars isn’t new — recent climate simulations have also indicated the existence of such an ocean. And, in fact, scientists even discovered a massive underground ice deposit beneath the Utopia Planitia years before Zhurong’s arrival.

Both Tianwen 1 and Zhurong will continue to explore Mars in search of water-related evidence, but the two robots will also perform other research. CNSA said that its scientists have been studying “the relationship between the density of rocks on the Martian surface and the degree of surface erosion, the distribution of ions and neutral particles in the near-Mars space environment and the gravity field of Mars,” according to CGTN.