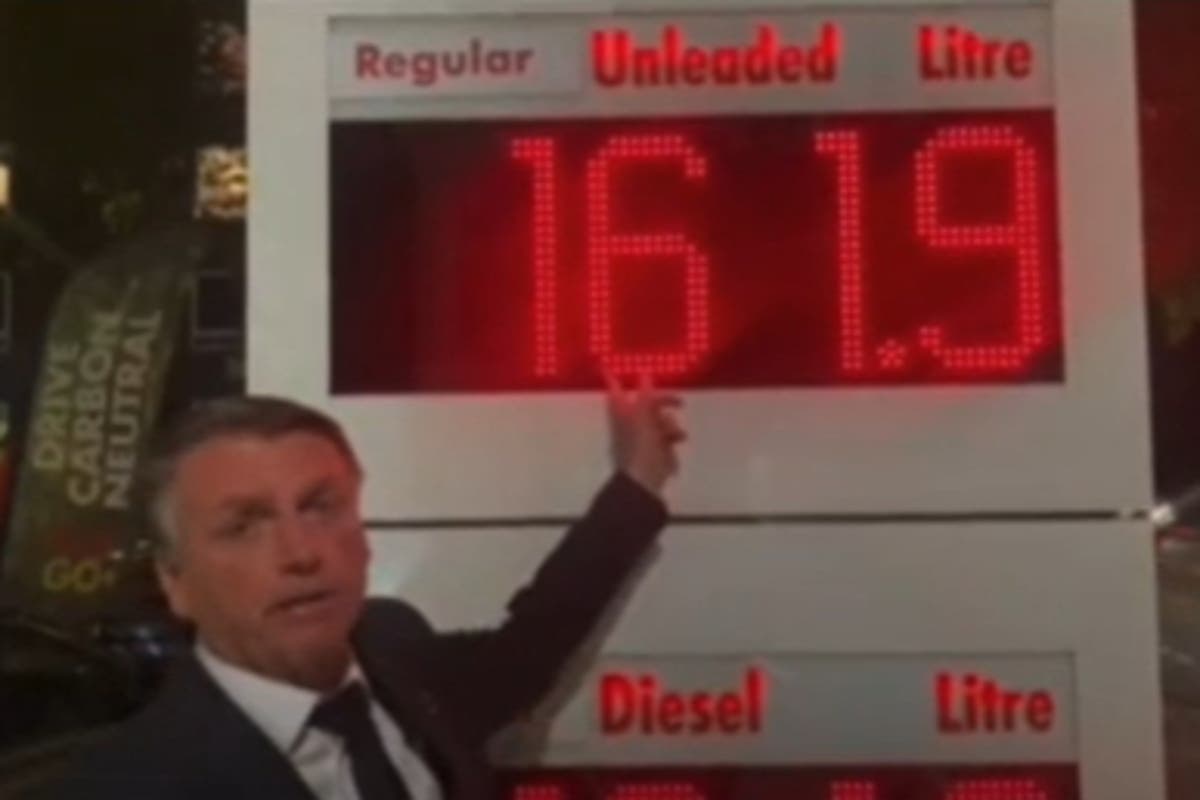 razil’s President Jair Bolsonaro used his invite to the Queen’s funeral to visit a west London petrol station and baulk at petrol prices – twice that of many Brazilian states.

Bolsonaro, who is campaigning for re-election, made the comparison in a lo-fi video in Bayswater Shell forecourt ahead of the Queen’s funeral on Monday.

In a video shared on social media, he boasts to the camera: “I’m here in London, England and the price of fuel is £1.61. This is approximately R$9.70 practically double the average of many Brazilian states. Our gasoline is, in fact, among the cheapest in the world.”

Social media followers complained it wasn’t a fair comparison as Brazil‘s minimum wage is many times lower than Britain’s.

Allies hope Bolsonaro’s four-day trip to the UK will sway some voters and give him an image of gravitas after almost four years of rifts with other world leaders — while providing material for TV ads.

Bolsonaro trails former President Luiz Inácio Lula da Silva in opinion polls, with the other candidates far back. The leftist da Silva, who governed from 2003 to 2010, is hoping to win 50 per cent of the votes on October 2 and avoid a runoff against the incumbent.

Hundreds of protesters skirmished with Bolsonaro supporters outside the Brazilian Embassy in London over the weekend.

Speaking to about 200 supporters gathered outside, Bolsonaro insisted the polls were wrong — and that he could win outright in the first round.

“Our flag will always be in these colors — green and yellow. Our motto is God, nation, family and freedom,” the right-wing leader said from an embassy balcony.

Bolsonaro declared three days of national mourning in Brazil after the death of Britain’s 96-year-old monarch and the funeral will be Bolsonaro’s first official visit to the United Kingdom. He met the new monarch, King Charles III, during a trip to Japan in 2019.

At the time, Bolsonaro described Charles, a keen environmentalist, as “a person who, like the rest of the world, is wrong about the Amazon.” Bolsonaro’s administration is frequently accused by environmentalists of not working to put a halt to deforestation in the Amazon region and ignoring environmental crimes there.

At least some Brazilians criticized his use of a funeral trip for politicking.

“It is an absolute disgrace for Brazil,” said lawmaker Joice Hasselmann, a former Bolsonaro backer, on her social media channels. “He transformed the queen’s funeral into a rally.”