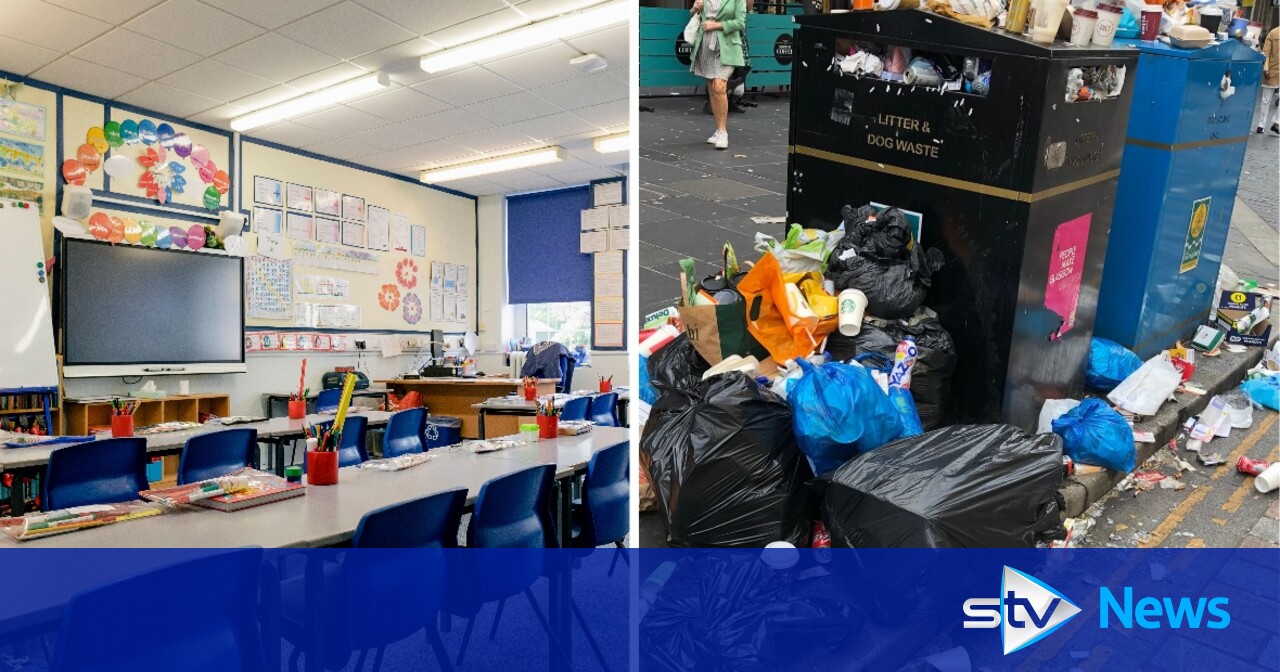 The latest pay offer made to try and bring widespread strike action by council staff to an end has been rejected by all three unions.

Unison will recommend its members vote to reject the offer in a consultative ballot this week, Unite the union has also decided to reject the deal ouright, and GMB said the proposal was “unacceptable”.

Unite said the offer from council umbrella body COSLA was a “waste of precious time”.

Walk outs by cleansing workers across the country have seen bins overflow and recycling centres close over the pay dispute.

Council leaders tabled a new offer following discussions on Sunday. It included a minimum pay uplift of £1,925, based on a 37-hour working week, matching the offer made to local government in England.

Johanna Baxter, Unison Scotland’s head of local government, said: “Unison negotiators have worked day and night to find a solution to this crises.

“We welcome the contribution the Scottish Government have made to date and COSLA’s commitment to scrapping SSSC fees, their agreement to a one-off cost-of-living increase, and additional day’s leave.

“However, as we have repeatedly told them both the size of the current cost envelope is simply not big enough to deliver a decent consolidated wage rise for the majority of our members.”

It comes as schools across the country are set to close due to further strikes next week.

The next phase of strike action set to take place in education and waste services impacting 20 councils from September 6 to 13.

Monday’s offer would see the Scottish Government providing a further £200m over two years – in addition to the £140m of additional funding already announced – to provide a cost of living payment to local authority workers earning below around £39,000.

Deputy first minister John Swinney said: “No deal is perfect and I wish we could go further but this deal does offer significant increases for those on low pay.”

The unions are looking for a deal similar to that struck in England with a flat rate pay increase of £1,925.

They rejected a previous offer that would see workers receive a 5% rise regardless of where on the pay scale their salaries fell, meaning most of the money would go to the best paid staff.

It comes as hundreds of schools and nurseries are scheduled to close for three days next week, while more than 20 councils suffer under bin strikes.