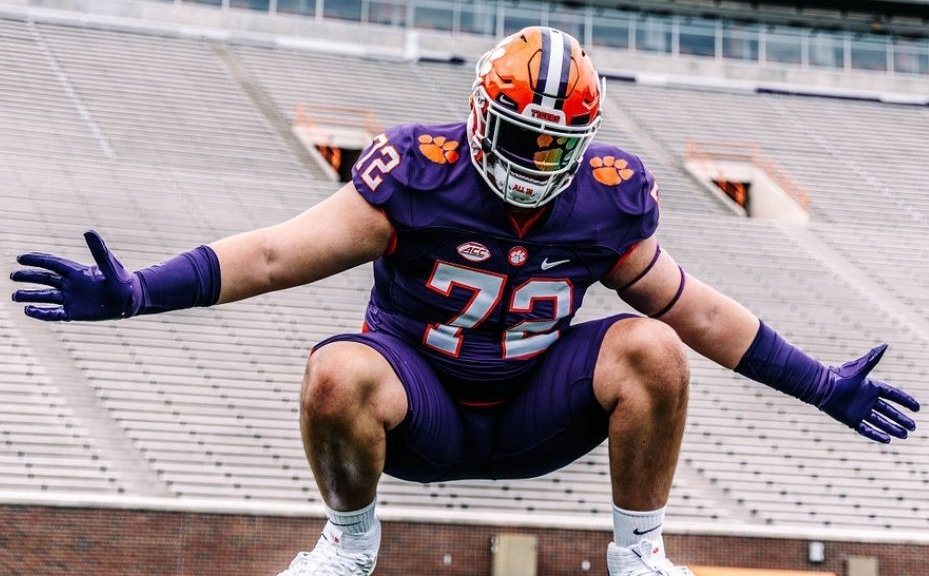 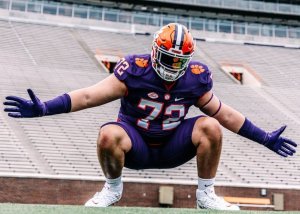 Ian Reed is loving life as a Clemson commitment.

The big-time offensive lineman and consensus four-star prospect from Vandegrift High School (Austin, Texas) gave his verbal pledge to Dabo Swinney’s program earlier this summer, and he couldn’t be happier about his college decision.

“It’s been awesome – just nothing but good things from the community that supports me,” Reed said to The Clemson Insider recently of being on board with the Tigers. “They’re just amazed how I’m committed to Clemson. I love Clemson, and Clemson’s going to be home forever.”

The bond between the commits in Clemson’s 2023 class has been getting stronger, and Reed expects it to become even tighter when he and many of the others arrive on campus as midyear enrollees in January.

“It’s been growing, for sure,” he said. “We’ve got to spend more time with each other, but most of the commits are probably coming in early, so we’ll get to spend a lot more time around each other. For sure I love my other future teammates. They have the same goals as I do and the same mindset as I do, and we want to go win championships and just continue the success Clemson has consistently had.”

As for Reed’s relationship with Clemson’s coaching staff, it continues to develop as well as he communicates with them regularly, including offensive line coach Thomas Austin.

“Just talking to them like probably once a week,” Reed said. “I know it’s the dead period right now, but we’ve just been talking over text message, and sending me love and support and just talking to me about life. I love Coach Austin. He’s a great guy, great coach.”

The last time Reed traveled to Tiger Town was in late July, when he attended the All In Cookout and had a blast with his fellow recruits and future coaches at Clemson’s signature summer recruiting event.

“Everyone enjoyed it,” he said. “It was super fun just seeing each other again, hanging out with the coaches again, just having a great time with each other basically, seeing the families again and having a good time relaxing and playing games and all that. It was awesome to me.”

Reed’s parents and youngest brother accompanied him to the cookout, and his mother came away impressed after her first experience at Clemson.

“It was my mom’s first time visiting campus, and she loves it,” he said.

Clemson beat out schools like Wisconsin, Oklahoma State, Alabama and Texas, among others on Reed’s list of around 30 scholarship offers, to land his commitment back on June 7.

The consistency of Swinney’s program, and the coaching staff he has put in place, are a couple of things that played a big role in Reed’s decision to be a Tiger.

“Just the continued success that Clemson has, the vision that they have for you as a man of life and just as a player too, that really stuck with me,” he said. “I love how the coaches are very honest and transparent, and they’ll love you hard and they’ll coach you hard at the same time. I just really like that. With the new staff Coach Swinney got, this is a really great staff, development staff too. They like to develop you, and he’s got high-quality coaches. So, I’m really excited about that.”

Reed was the first offensive line commit in Clemson’s 2023 class, and he has since been joined by a couple of other big-time O-line prospects – Permian High School (Odessa, Texas) four-star Harris Sewell and Eagle’s Landing Christian Academy (McDonough, Ga.) four-star Zechariah Owens.

Each of them is ranked as a top-150 national prospect, regardless of position, by at least one of the major recruiting services.

Reed certainly looks forward to enrolling at Clemson in January and beginning his collegiate career, but first, he is focused on taking care of business during his senior season at Vandegrift.

“I’m very excited about that,” he said, “but I’m just going to take it one step at a time, help my team, help finish and complete our goals for my high school team and what we want to do first, and then it’s on to Clemson and start again basically. So, I’m really excited about the midyear enrollee stuff and just getting ready to work.”

What can Clemson fans expect to see from Reed on the Tigers’ offensive line in the future?

“Someone that’s loyal,” he said. “I’ll give 110 percent every play. I’m physical and mean, athletic, very smart. I have a great bend, speed off the edge, too. Just a mauler and physical.”

Reed is ranked as high as the No. 14 offensive tackle and No. 147 overall prospect in the 2023 class by Rivals.

Come out to support Clemson softball at Dear Old Clemson’s second event which is set for August 27 at the Madren Conference Center.  Clemson returns one of the top teams in the nation and adds some new talent to the mix.   If you sign up for certain club levels you get free access to all Dear Old Clemson events or purchase your tickets today at Dear Old Clemson.