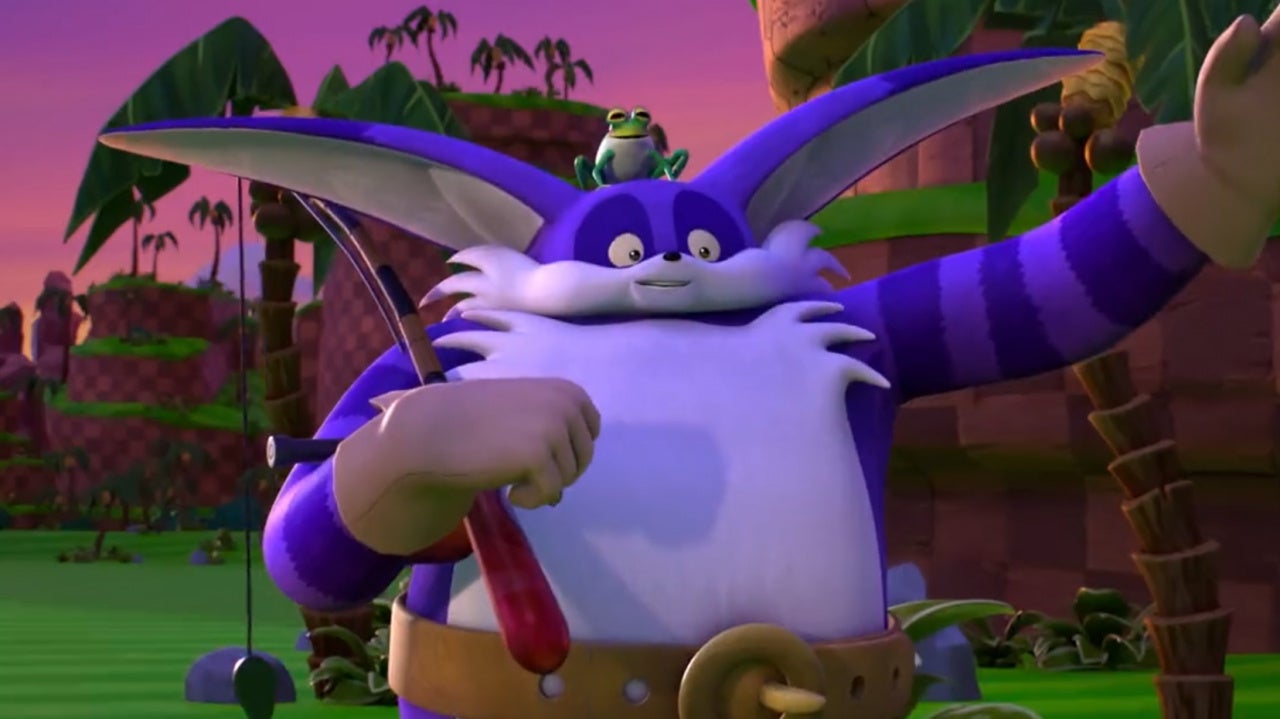 
The big purple creature first appeared in Sonic Adventure on the Dreamcast and has since become a fan favourite character, appearing in a number of games in the series.


It’s been known for a while that Big the Cat would feature, but thanks to Twitter user Bibs he’s been spotted with Sonic in-game at Gamescom.

According to Gamespot, Big the Cat can be found in a portal, and introduces a fishing minigame – of course.


Landing fish is rewarded with tokens that can be spent on Portal Gear fragments, Vault Keys, voice diaries, and more, with additional chances to fish acquired through purple coins around the world.


This portal is one of the game’s Cyber Space zones that recreate moments from classic Sonic games. It’s unclear if Big will feature elsewhere too.


A recent story trailer for the game showed off Amy Rose (she’s been kidnapped, obviously), and the likes of Knuckles, Tails, and Dr. Robotn… Eggman will all return.


You can discover Big the Cat for yourself when the game launches on 8th November, check out the pre-order bonuses too.