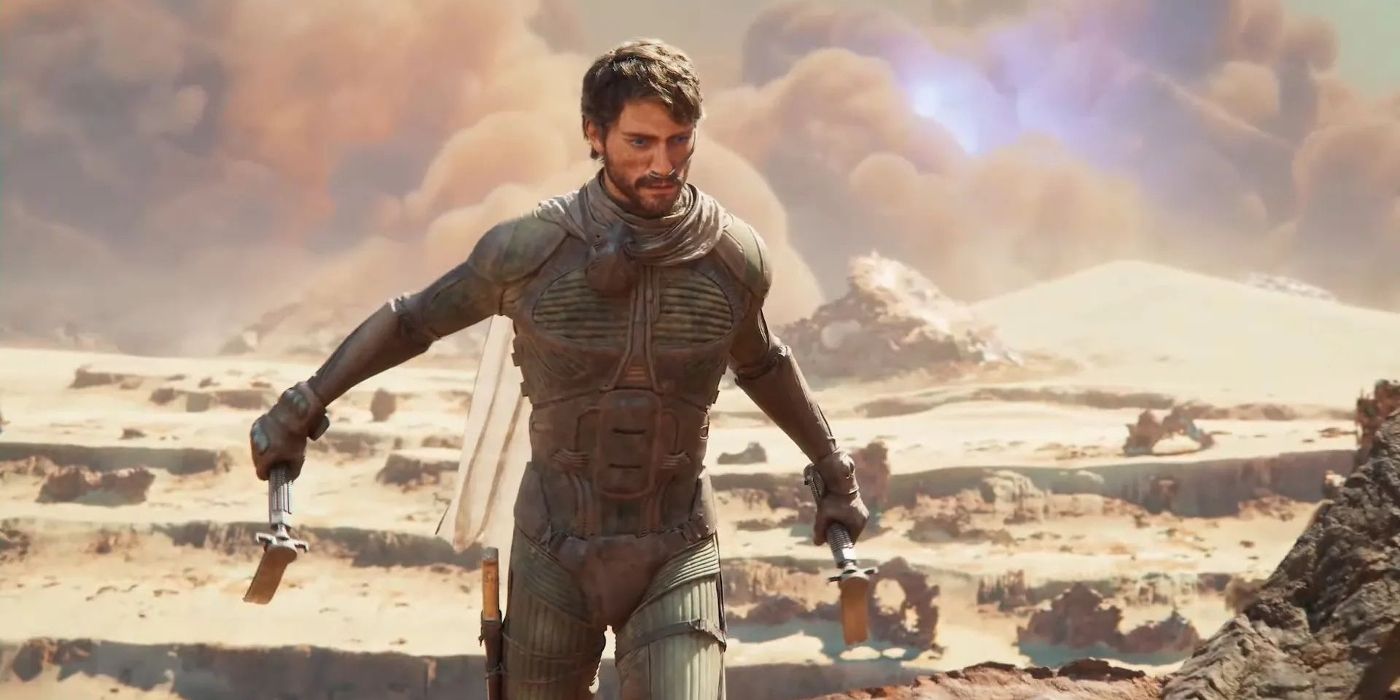 During Gamescom 2022, Funcom premiered a trailer for Dune: Awakening, revealing that this novel-to-game adaptation is going to be an open-world survival MMO. While the trailer is gorgeous, and it quotes iconic lines from the original Dune novels by Frank Herbert and showcases stunning visuals that look straight out of the Denis Villeneuve theatrical adaptation, the news that the game is an MMO seems to have disappointed many fans of the sci-fi epic.

This news perhaps shouldn’t come as a surprise to fans. Though it does publish a number of other types of games as well, Funcom as a studio is perhaps known best for its MMOs, including Age of Conan: Unchained. While the expansive detail of the world of Arrakis found in the original novels and currently being explored through film undoubtedly makes great grounds for an open-world survival game, the MMO aspect of it has drawn immediate complaints from fans.

RELATED: How Starfield Is Raising the Bar for Open World Games

These initial fan complaints are well-founded. While there are other interesting elements to Dune, such as those of politics and strategy, which take priority in Dune: Spice Wars, it is at its core a book series that explores the “chosen one” narrative. Just through the sheer mass of volume that a science fiction epic allows for, it explores this more thoroughly than other famous takes on the trope such as the Harry Potter series — which will also be further explored through an open-world game soon. Given the book series’ focus on this, a single-player game dedicated to having the player experience a focused narrative would be the best way for this central theme to unfold.

While it’s possible for interesting narratives to come out of MMOs, the openness and number of possibilities that an MMO offers would not quite fit the overall narrative of Dune. An individual player in an MMO simply cannot make an impact on the game’s narrative in a meaningful way. Players in an MMO instead fill particular roles that are most commonly shaped around the “holy trinity” of classes — tank, healer, and DPS — so that they are prompted to interact with other players to solve problems, face bosses, and more. While being part of a larger community that works together to make the game successful is quite attractive for some players, there is no way for a particular player in an MMO to feel like they are the “chosen one” instead of just part of a whole. In this way, the central themes in Dune would get lost through this community aspect.

RELATED: More Video Games Should Be Adapted From Books

There are other elements to these complaints besides that the narrative is more fitting for a single-player game. For one, instead of investing more heavily in producing a complex narrative, an MMO runs the risk of prioritizing in-game purchases if it’s free-to-play. If subscription-based, it risks needing to rely on a constant stream of updates to keep players happy. Also, resource management is often key to progressing in an MMO, and the landscape of Arrakis is known to be a desert environment, so it would not make sense to have a diverse amount of resources there. While Funcom has a history of long-lasting MMOs, with its first game Anarchy Online still having active servers after two decades, there is always the risk with MMOs that the game simply won’t do well and servers will shut down. For example, Funcom’s Lego Minifigures Online MMO shut down only one year after its launch.

Overall, it seems that an MMO just doesn’t make sense for the type of narrative that’s made Dune such a long-standing success in science fiction. After all, how can a player be the “chosen one” alongside thousands of others in a single server? While it’s too soon to tell if fans will love or hate the MMO world of Dune: Awakening as it is still in development, the trailer did end with an announcement that fans can sign up to be part of beta testing now. So, perhaps some initial verdicts will be coming soon.