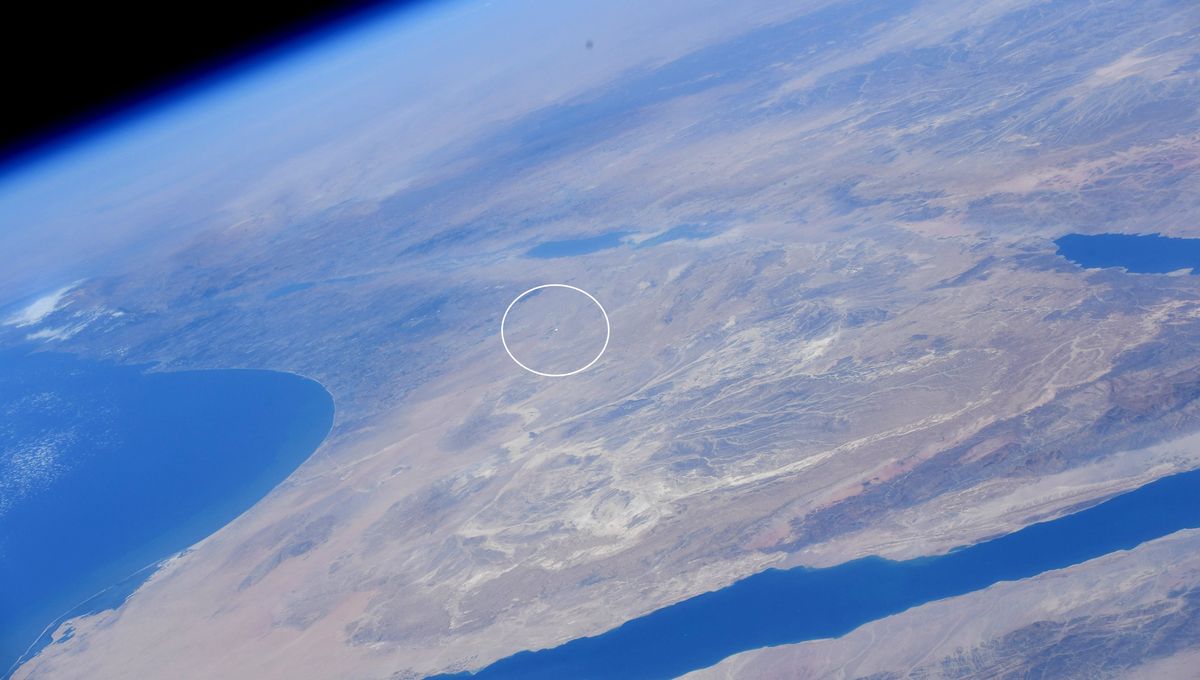 Orbiting around 420 kilometers (261 miles) above our heads, the astronauts of the Internation Space Station (ISS) get a view of Earth like no other. Sometimes, it’s spectacular auroras, other times it’s something more… curious.

European Space Agency (ESA) astronaut Samantha Cristoforetti – no stranger to having a bit of fun in space – took to Twitter yesterday to share what she called an “intriguing sight”, a bright dot apparently shining in the Negev desert in southern Israel.

Nighttime passes create stunning, if slightly concerning, views of the lights twinkling away on Earth, but daytime passes don’t usually offer up such views.

So what is she seeing? According to Cristoforetti, the white speck showing up in the brown desert is “a concentrated solar power plant, one of the technologies to get renewable energy from the Sun. With one of the world’s tallest solar power towers!”

The Ashalim solar thermal power station in the Israeli desert is indeed one of the world’s tallest solar power towers at around 250 meters (820 feet) tall. It’s surrounded by a sea of 50,000 mirrors that concentrate the sunlight to the tower like an extreme version of those people who use foil cones to reflect more sunlight to tan their faces.

It takes a whopping amount of reflective mirrors to catch enough light to be seen by the ISS in the daylight. As it happens, it takes certain circumstances for people back on Earth to be able to spot the astronauts doing their thing on the ISS, too.

Back in March 2020, a German photographer managed to snap the ISS from his backyard. In March of this year, an astrophotographer actually captured two astronauts out on a spacewalk from the ground in Germany, possibly the first time anyone has ever done that.