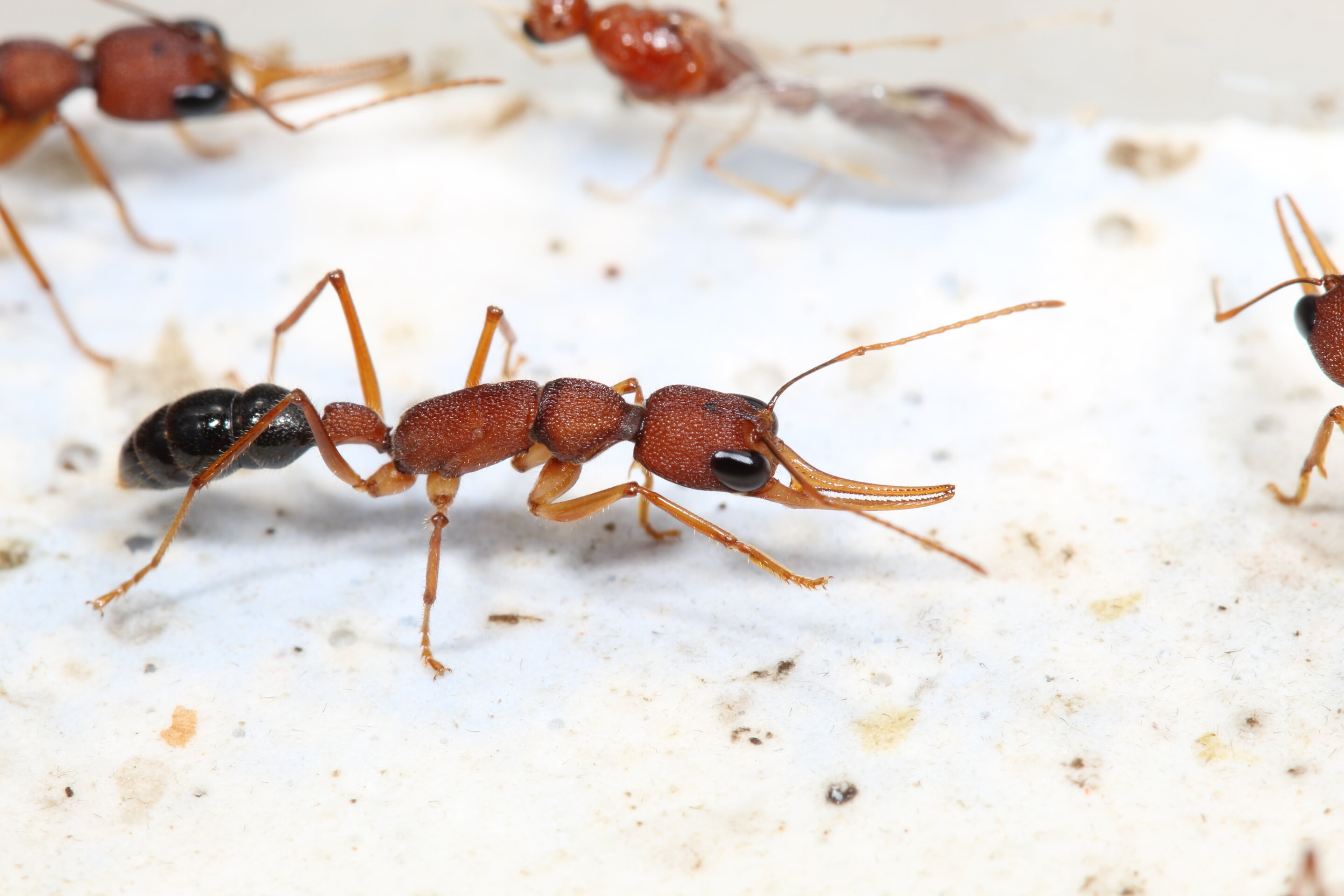 An insulin-suppressing protein may be the fountain of youth for ants and provides clues about aging in other species, according to a study led by New York University researchers.

Published in Science, the study shows that queen ants exhibit high metabolism for reproduction without undergoing aging by generating an anti-insulin protein that blocks only part of the insulin pathway that is responsible for aging.

In many animals, having many offspring is linked to a shorter lifespan. This trade-off between fertility and longevity in animals is thought to result from how nutritional and metabolic resources are allocated.

Insulin—a hormone that helps convert food into energy—plays a major role in metabolism, but also in aging. Producing eggs is energy intensive and requires extra food, which raises insulin levels, but increased activity of the insulin pathway required for reproduction leads to shorter lifespan in most animals. In contrast, dietary restriction prolongs life by keeping insulin levels down; in fact, other researchers are exploring whether fasting improves longevity.

Ants are a notable exception to the trade-off between reproduction and longevity, as their queens—which are responsible for the whole colony’s reproduction—live much longer than worker ants while sharing the same genome. In a species such as the black garden ant, a queen can lay one million eggs and live for 30 years, while her sterile worker sisters only live for a year. In Harpegnathos saltator ants, a species of jumping ants native to India that was the focus of this study, queens typically live for five years while workers live for only seven months.

When the Harpegnathos queen dies in a colony, a peculiar event occurs: female worker ants duel each other with their antennae, vying to become the next queen. The duel winners change “caste” in the ant society and become pseudoqueens, also known as gamergates, while still remaining in the (smaller) body of a worker. Pseudoqueens acquire queen-like behaviors, including laying eggs, and their life expectancy substantially increases from seven months to four years. But, if they are replaced by another queen, they revert to their worker status, stop laying eggs, and their lifespan is shortened back to seven months.

“By undergoing reversible ‘caste switching’ from workers to pseudoqueens that results in a dramatic increase in both their lifespan and ability to reproduce, Harpegnathos ants provide a unique opportunity to study how aging and reproduction can be disconnected,” said the study’s co-senior author Claude Desplan, Silver Professor of Biology and Neural Science at NYU.

Using bulk RNA-sequencing, the researchers studied tissue samples from both workers and pseudoqueens, focusing on parts of the ant involved in metabolism and reproduction including the brain, fat body (the liver of insects), and ovaries. They found that the ants that switched from worker to pseudoqueen produce more insulin in their brains in order to produce eggs. This increased insulin results in the activation of one of the two main branches of the insulin signaling pathway, MAPK, which controls metabolism and egg formation.

The increased insulin in pseudoqueens induces ovary development, which then begins producing an insulin-suppressing protein called Imp-L2. Imp-L2 blocks signaling in the other main branch of the insulin signaling pathway, AKT, which controls aging and whose increased activity leads to shorter life span.

“The two main branches of the insulin signaling pathway appear to differentially regulate fertility and lifespan, with increased signaling in one aiding reproduction in pseudoqueens and decreased signaling in the other consistent with their extended longevity,” said the study’s co-senior author Danny Reinberg, the Terry and Mel Karmazin Professor of Biochemistry and Molecular Pharmacology at NYU Grossman School of Medicine and a Howard Hughes Medical Institute investigator.

“This interplay, which evolved in ants and perhaps in other insects, may contribute to the unusual longevity and many offspring in reproducing ants,” said Hua Yan, the study’s co-first author and a former postdoctoral researcher at NYU Grossman School of Medicine, who is now an assistant professor of biology at the University of Florida.

“Our work also illustrates the importance of using the appropriate model systems to ask questions about essential biological questions. For instance, most manipulations of longevity in animals like mice or flies usually extend their lifespans by 10 to 20 percent. Ants exhibit a remarkable 500 percent increase in longevity, which makes studying them much more powerful,” added Desplan.

In dueling ants vying to become queen, behavioral and molecular cues quickly determine who will win

This document is subject to copyright. Apart from any fair dealing for the purpose of private study or research, no
part may be reproduced without the written permission. The content is provided for information purposes only.