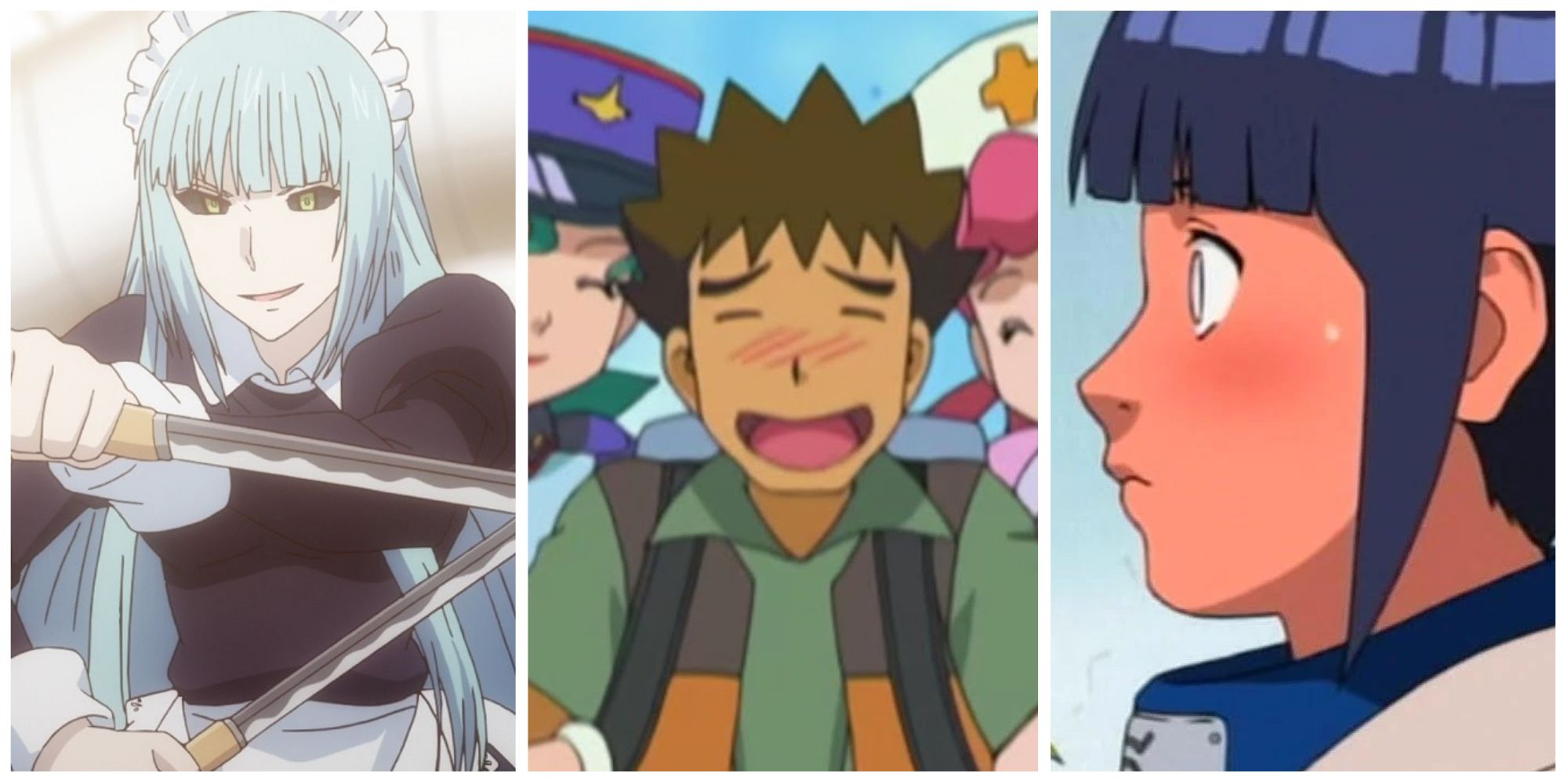 Hens love roosters, geese love ganders, and everyone who counts loves Ned Flanders. But not when characters get flanderized. The process of a character getting increasingly one-dimensional to make audiences pop existed long before The Simpsons. Yet it was through Homer’s good guy neighbor that it got a term, as Flanders went from being the source of Homer’s one-sided jealousy to the diddly-doodily Christian.

It happens in nearly every long-running form of media because it gets simpler to just throw in a crowd-pleasing catchphrase or goofy joke based on one character feature or flaw. This includes anime, which has some infamous examples of characters getting dumber, shyer, or generally one-note season by season.

At first, this mercenary for the Fate Girls was just that: a villain reluctantly following someone else’s orders just for a payday, albeit one with a curious interest in the side-character Setsuna. Then, over time, she became less of a sword-for-hire and more of a problematic trope. She essentially became a stalking sex pest, trying to assault Setsuna in its many definitions before killing her off.

The show would eventually try to explain this character shift by revealing Tsukuyomi picked up the Hina Blade, a sword that was increasingly feeding off her soul and bending her will. Though even after her defeat, it’s stated she continues to stalk Setsuna. Of all the traits to get flanderized, why that one?

If the guy from The Simpsons didn’t get the term named after him first, it would probably have been named after this guy. Combine ‘flanderizing’ with ‘anime’ on Google, and chances are Brock from Pokemon is the first name that turns up.

He was originally Ash’s big brother-style mentor on the show, contrasting with Misty’s big-sister role, Professor Oak as the father figure, and Gary Oak as that jerk from school who always got the flashy stuff first. Brock also had an eye for the ladies. Then it became the only eye he had as he got more interested in charming one pretty woman or another than giving his cap-wearing buddy rearing tips.

Naruto went on for so long, in both its original and Shippuden form, that a good chunk of the cast could count for this list. Sakura being an overly violent dimwit, which continued in the anime despite her chilling out in the manga. Ino going from being a vain character to a Valley Girl stereotype. Or Naruto himself suffering a brain drain until he found love with Hinata.

RELATED: Shonen Anime Tropes That Will Never Get Old

It would’ve taken some thought to get with her. She was always the archetypical shy one to contrast with the rest of the female cast. Though the anime kicked it up a notch by having her linger from afar, watching Naruto like some kind of ninja ghost. Then fainting if he got closer than being an orange speck on the horizon. Still, unlike some other entries on this list, she would largely overcome this shyness and hold her own in a fight through the different teams she’s been a part of.

Speaking of long-running anime, One Piece also has a series of characters whose single traits overtook the rest. Nami’s greedy. Zoro can’t give directions. Usopp’s scared of stuff. Luffy flakes and is a dim bulb. But Sanji stands out as one of the more notorious characters on the show to get flanderized. Originally, while he wasn’t exactly the best lover on the high seas, his interactions with Nami and the other main women characters could be normal.

He’d be more subdued, even thoughtful at times. But that didn’t bring in the yuks. So, over time, he became a hapless perv, the anime equivalent of the howling wolf in old Tex Avery cartoons. Some say it’s a flaw that brings him back on par with the other Strawhats and makes him less of a bland, typically heroic type. Though did they have to simplify everyone down to one trait to do that?

Dumb characters are more likely to fall into the flanderization trap than others. Or at least it feels that way. Homer Simpson went from a dim bulb with a heart to just a dim bulb, and likewise for Family Guy’s Peter Griffin. Ace Attorney’s Detective Gumshoe and Slayers’ Gourry also got dumb to the point where people wonder how they function.

Then there’s Mihoshi. Tenchi Muyo’s space cop was always a little ditzy, but she could hold her own when duty called. But the ditziness was what set her apart, and it got overused to the point where it seemed like her IQ ran into the negatives. Like in the spin-off Sasami: Magical Girls Club, where she somehow goes to class without wearing a skirt. She went from a fair side character to one of the series’ more annoying ones, if not outright intolerable.

Speaking of stupidity, Goku was never meant to be all that clever. He was raised in the woods and taught little beyond the basics, and he wasn’t so hot there either. Still, later series did exaggerate his goofy bumpkin persona. By Dragon Ball Z, he could count up to 9,999. In the original Dragon Ball, he could count up to 10, so he made a lot of progress as he grew up. When he gets turned into a kid in GT, he retains his adult knowledge…but can now only count up to 3.

Dragon Ball Super focused more on his addiction to fighting. It’s not completely out of character for the guy who set a revitalized Cell onto his son in DBZ to hire Hit to kill himself just so he could get a fight. Or risk getting his universe wiped from existence because he wanted to fight the strongest beings in the multiverse. Still, he also learned what he did with Cell was a mistake, and famous encounters like his first Super Saiyan transformation showed he could get serious. It would be nice to see those lessons stick with Goku, or indeed with every other flanderized character in fiction.