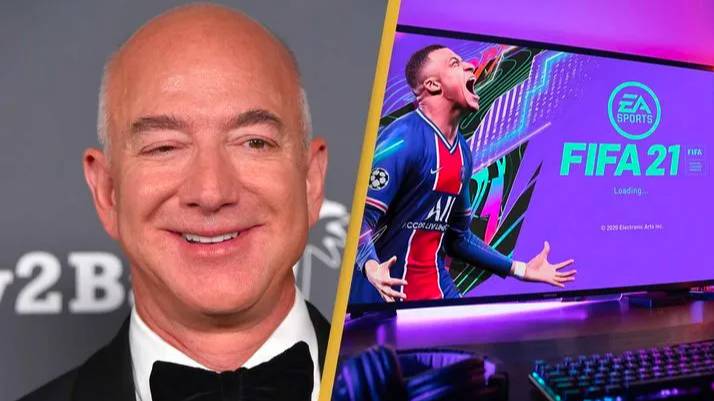 Amazon is rumoured to be putting in a bid to buy video game giant Electronic Arts, which has huge titles such as Apex Legends and Fifa under its belt.

Rumours have been circling for a while that EA has been looking for a buyout and it might be Amazon who have won the race to get their hands on one of the most prestigious publishers in gaming.

Apple, Disney and Amazon had been mentioned as potential buyers for the game publisher, and if rumours from USA Today are to be believed it’s Jeff Bezos and Amazon who have got a deal over the line.

Amazon does actually own its own game company, Amazon Games, which was founded just over 10 years ago, though it’s not hugely prolific.

The last two games they’ve released, New World and Lost Ark have both been MMOs (massively multiplayer online), and Amazon Games has a cancelled Lord of the Rings MMO in their project bin.

EA CEO Andrew Wilson recently spoke about the possibility of a buyout on an earnings call, saying that he didn’t want to respond to ‘rumours and speculation’ but thought EA was in a strong position as an independent publisher.

He said his main goal would always be looking after EA’s people, players and shareholders, but if a new way of doing that better came up he would ‘of course be open’ to the idea.

It would be an understatement to say that when it comes to gaming companies EA are not among the most popular, they might have massive sales thanks to their vast array of studios but gamers have slated them for certain practices.

At the moment loot boxes and microtransactions are attracting the most anger, while previous complaints over DRM and shutting down beloved game developers have soured the company’s reputation.

EA told UNILAD they would not be commenting on rumours or speculation relating to mergers and acquisitions.