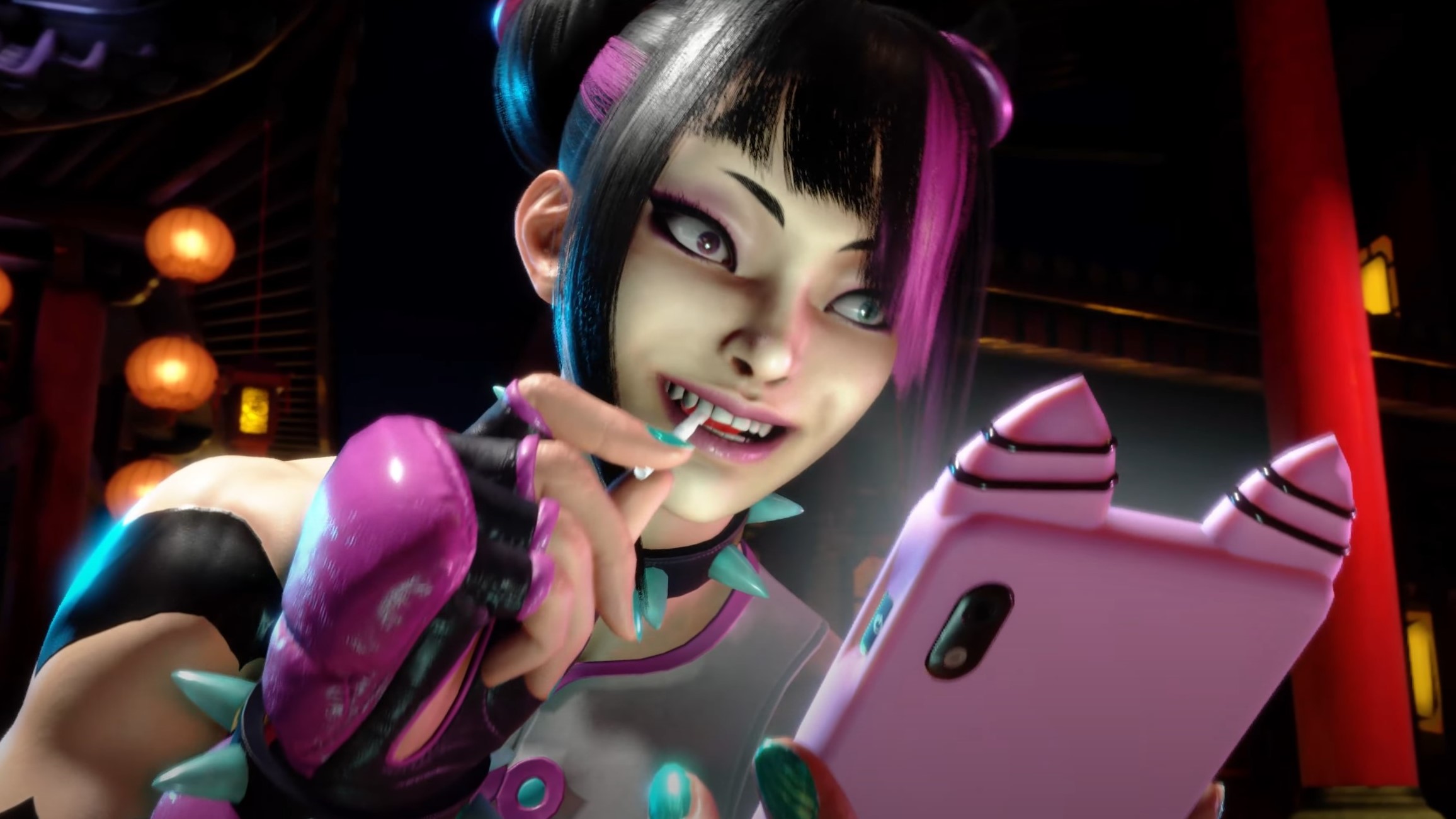 The annual Evolution Championship Series (Evo) is one of the most exciting times of the year for fans of fighting games. Every year, pandemic permitting, professional players from around the globe descend on Las Vegas to prove themselves against the rest of the world’s best in a variety of fighting games. The Evo 2022 tournament saw heated competition in games like Street Fighter V, Tekken 7, Guilty Gear: Strive, The King of Fighters XV, Dragon Ball FightersZ, and several more.

Naturally, with so many eyes on the tournament, Evo is also a place where the developers of fighting games like to make announcements about new and existing fighting games to a captive audience. Evo 2022 saw a brand new game announcement, a tease, several downloadable content (DLC) character announcements for existing games, as well as quite a lot of rollback netcode integration announcements – much to the delight of players.

Read: What is Rollback Netcode?

Here’s all the fighting game news announced at Evo 2022:

After the Street Fighter V grand finals, a new trailer for Street Fighter 6 was revealed. It officially announced the arrival of two characters to the game. The first was series newcomer Kimberly, an African-American fighter who uses ninjutsu and spray cans to dazzle her opponents. She also listens to music using a cassette walkman – very retro.

The second fighter announced was Juri, who was first introduced in Street Fighter IV. Juri brings her signature sadistic nature and flashy taekwondo moves to the game. Both were part of the Street Fighter 6 character roster leak from earlier in 2022.

A brand new entry in the Fatal Fury / Garou fighting game series was announced by developer SNK. It will be the first game since the incredible Garou: Mark of the Wolves in 1999, although many of the Fatal Fury and Garou characters have continued to appeared in SNK’s longtime crossover fighter, The King of Fighters.

Tekken 7 developer Bandai Namco showed off a trailer that potentially teased Tekken 8, while promoting a brand new content update coming to the game on 17 August 2022. The content update will feature a number of balance adjustments, as well as ‘new tactics’ for characters.

The trailer also announced the return of the Tekken World Tour professional series, which will have its finals in the city of Amsterdam in 2023.

The tease for Tekken 8 came at the end of the trailer in question, which showed footage of Tekken 1 before flashing to a brand new rendering of series anti-hero Kazuya Mishima, and the words ‘GET READY’.

The obvious assumption is that a new Tekken game is on the way, likely Tekken 8, and we’ll probably hear more about it in the near future.

One of the most interesting new features in the upcoming Street Fighter 6 is the real-time commentary options, which feature shoutcasters/commentators from the real-life Street Fighter professional competition scene to narrate the action of your matches as they happen, and hopefully provide that extra bit of excitement to your bouts.

James Chen and ‘Tasty’ Steve Scott will be very familiar voices to anyone who’s watched a professional Street Fighter tournament in recent years, and they were announced as two English language options for the feature during Evo 2022.

They join Jeremy ‘Vicious’ Lopez and Aru, who were previously announced as English and Japanese commentators in tandem with the reveal of the feature.

KOF XV will see Haohmaru, Nakoruru, and Darli Dagger join the fray as ‘Team Samurai’. All three of these characters are from another SNK fighting game series, of course: Samurai Shodown. This will be the first appearance of these characters in a mainline King of Fighters game – and the probably the first instance of time travel, too. Team Samurai will be available in Fall (Northern Hemisphere).

Read: The King of Fighters XV Review – In Fighting Fashion

They join the previously announced returning characters from Team Awakened Orochi: Chris, Shermie, and Yashiro, who will be released on 8 August 2022.

Kim was introduced in the Fatal Fury series decades ago, and has been a King of Fighters mainstay for the majority of its iterations, typically as the leader of Team Korea. The next season of characters will arrive in 2023.

Ahead of the Guilty Gear: Strive Top 8 competition, series producer Daisuke Ishiwatari came on stage to reveal the latest character joining the roster. Bridget, the cute, yo-yo-wielding fighter from previous Guilty Gear games is returning, and their announcement attracted much applause from the crowd.

Bridget is the first character of the game’s second season pass of characters, and is available now.

It was also announced that Guilty Gear: Strive has sold 1 million copies.

In addition to the new KOFXV characters, SNK also announced that the game will receive cross-play functionality for its online multiplayer between all its available platforms: PS4, PS5, Xbox Series X/S, and PC (Epic Games Store, Steam, and Microsoft Store). This update will launch sometime in 2023.

Currently, crossplay is only available between PS4 and PS5 consoles.

Samurai Shodown will get rollback netcode in 2023

It will apparently be based on the rollback netcode solution that The King of Fighters XV uses, and will be developed in cooperation with Canadian-based developer Code Mystics.

While the PS4 version will update automatically, PC players will need to opt into a beta branch of the game on Steam in order to access the feature.

Developer Arc System Works also outlined the future of the latest game in the Guilty Gear series, with a number of features and content mapped out for Guilty Gear: Strive.

Most significantly, the game will see two new characters join before the end of 2022, as well as a cross-play beta test in Fall 2022 (Northern Hemisphere).

A major balance patch is also planned for the end-of-year period, with two additional characters and related stages in 2023.

Bandai Namco’s frenetic anime fighter Dragon Ball FighterZ had versions for the PlayStation 5 and Xbox Series X/S announced during Evo 2022. These versions will also feature rollback netcode. The game is currently available on PS4, Xbox One, Nintendo Switch, and PC.

While no date was announced, the company did say that players who own the game on PS4 and Xbox One will be eligible for the next-generation upgrades.

The company also stated that the PC version of Dragon Ball FighterZ will include the option to select either rollback or delay-based netcode, clarifying that rollback netcode will need a more robust PC to run it. The increased demands are also likely the reason that rollback netcode was not announced for the PS4 and Xbox One versions of the game.

The recently-released Warner Bros. multiverse platform fighter MultiVersus unveiled new features that would be rolled out during the free-to-play game’s first season of content.

The previously announced Rick and Morty will both come to the game as separate characters, with Rick being available at the start of the season, and Morty coming sometime afterward.

Read: The weirdest guest fighters that could come to MultiVersus

New cosmetic items were also shown, including a costume for LeBron James that sees him dressed as Robin from Batman, as well as the iconic opera ‘valkyrie’ look for Bugs Bunny.

Cult anime fighter Melty Blood: Type Lumia, developed by French Bread – one of the best studio names out there – will soon receive numerous gameplay tweaks as part of a major update. It will include two new characters: Neco-Arc and Mash Kyrielight.

French Bread suggests that Neco Arc will ‘require a lot of practice to win with in versus battles’. The update will also include changes to Type Lumia’s online multiplayer ranking and replay modes, and feature several balance changes.

Indie fighting game Skullgirls 2nd Encore announced the latest character coming to the game as part of the Season 1 Pass: Marie, who appears to be a French maid and necromancer of some kind.

Originally released in 2013, 2nd Encore is the latest re-release of the game. Skullgirls currently also has a mobile spin-off, Skullgirls Mobile.

Nickelodeon All-Star Brawl to get Hugh Neutron as DLC character

Nickelodeon All-Star Brawl, one of the current multiverse platform fighters vying to grab attention away from Super Smash Bros. Ultimate, is adding Hugh Neutron from the Jimmy Neutron series to the game as a new fighter.

He’ll be voiced by Mark DeCarlo as he is in the show, and sports a ‘fast-paced’ fighting style to match his penchant for collecting ducks.

He comes with a new stage and costume, and is available to be purchased individually, or as part of the game’s Season Pass.