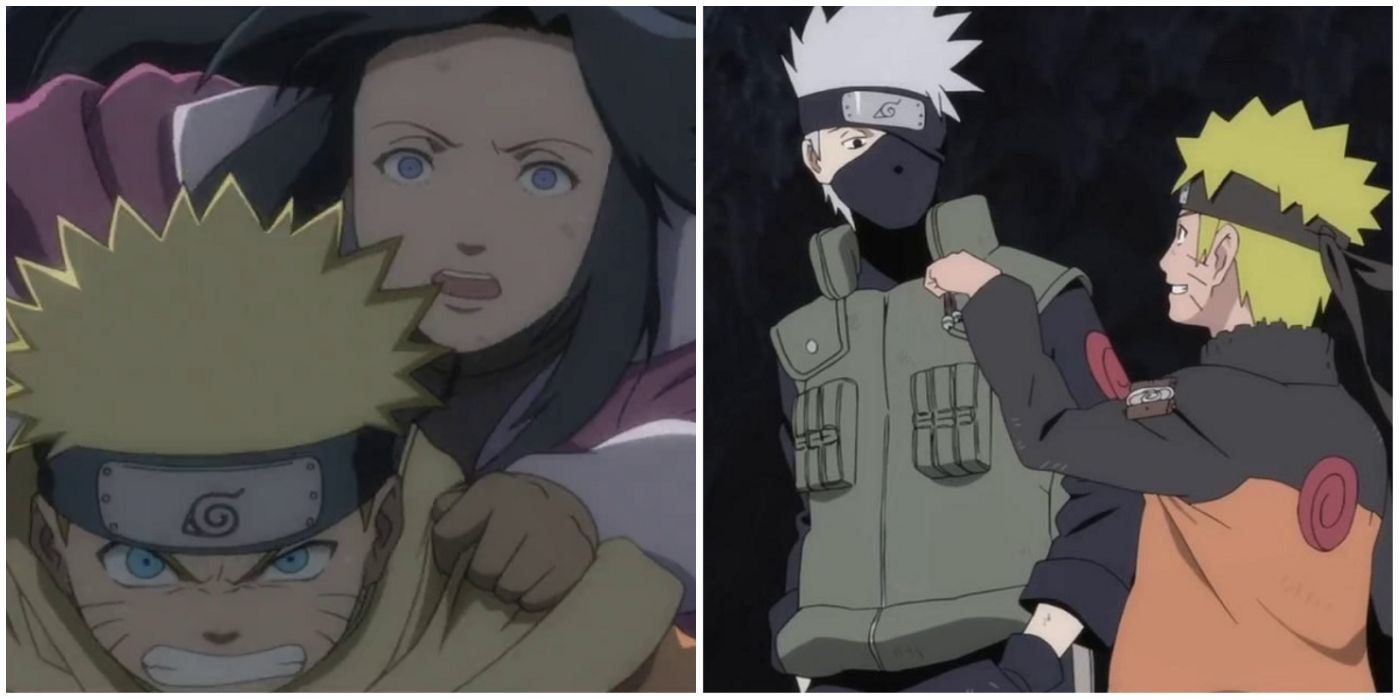 With Naruto‘s unprecedented worldwide popularity after its release, it would only be a matter of time before animated films based on the series would begin to pop up. Most of these movies are nothing more than well-animated, feature-length filler in their own, self-contained universes that aren’t brought up in the main series.

RELATED: 10 Most Frustrating Shonen Anime To Watch (& Why)

Only two out of Naruto’s eleven films are considered canon, having been given input from Masashi Kishimoto himself. However, it’s usually still entertaining enough to see Team Seven put into environments that they normally wouldn’t be, since they aren’t bound by the rules of the canon. Best of all, the animation quality is usually ramped up even higher than normal.

As its name implies, Legend Of The Stone Of Gelel is the second movie to be made based on Naruto, having been released in 2005. The plot mainly focuses on the power of something known as the Gelel Stone, which Naruto, Sakura, and Shikamaru get wrapped up in while trying to complete a lost pet delivery mission.

Fan reviews for Legend Of The Stone Of Gelel are incredibly mixed. Some praise the animation and action scenes, while others note that the story is too generic for them to get invested in, and the original characters introduced solely for this movie are too forgettable.

After the lukewarm reception to the second Naruto movie, fans were hoping that the next installment would give them something to get excited about. However, it quickly becomes clear that Guardians Of The Crescent Moon Kingdom isn’t going to be the engaging, thrilling sequel fans wanted.

Naruto, Sakura, Rock Lee, and Kakashi must protect a prince while he travels the world, but for the first half of the movie, his personality makes him near-unbearable to watch. The main positive about the third Naruto movie is that Lee, Naruto, and Sakura all get rather charming alternative outfits. The final fight scene has also been praised, though many feel the buildup takes far too long.

Whether it’s due to fan nostalgia or simply having a more enjoyable plot than the two movies that come after it, Ninja Clash In The Land Of Snow is typically the most fondly remembered of the original trio of Naruto movies. Team Seven are assigned to protect a famous actress from three rogue ninja who are after her.

Although Ninja Clash is also non-canon, it references Zabuza and the Land of Waves arc, which helps viewers feel more connected to the story. Not only that, but it’s nice to see more of Sasuke still getting along with his squadmates before being corrupted and leaving to seek power under Orochimaru.

The first movie to come out after the start of Naruto Shippuden, literally titled Naruto Shippuden: The Movie, sees Naruto tasked with protecting a priestess named Shion. Unlike many of the movie-only characters that come before her, Shion is rather compelling, but she’s never fleshed out enough to make her a truly memorable character.

RELATED: 10 Anime Infamous For Their Endings

This is a recurring issue with this film. While interesting concepts are posed, they’re never given enough depth to get viewers truly invested in them. To make matters worse, many feel that the animation is on par with Shippuden itself, but not up to the level of quality that’s expected of a feature film.

When promotional material for the second Shippuden movie, Bonds, began to appear, fans were quick to become excited and hopeful. After all, Sasuke is front-and-center with Naruto on the movie’s official art, and the possibility of seeing him work side-by-side with Naruto once more — or even to clash against him — is an exciting thought.

However, all of this excitement is crushed upon actually viewing the movie. Sasuke doesn’t play nearly as large of a role as the teasers led many to believe, and fans state that both the movie’s main villain and overall plot are far too generic.

The Lost Tower is the fourth overall movie for Naruto Shippuden, and it toys with an intriguing concept where Naruto goes to the past and meets Minato, his father. The thought of father and son teaming up to become an unstoppable duo is incredibly appealing. Sadly, this never happens.

Instead, it feels as if every hero within The Lost Tower aside from Naruto doesn’t even need to be there with how little they assist throughout the movie. Naruto is surrounded by powerful, fan-favorite ninja, with the potential for Minato-Naruto interactions that wouldn’t be possible otherwise. Still, Naruto does virtually everything by himself without much meaningful interaction.

Compared to the movies that came before it, Inheritors Of The Will Of Fire is actually met with mostly positive reception from fans. The main reason for this is the fact that, rather than focusing on a generic throwaway villain that’ll only exist for upwards of an hour, the third Shippuden movie focuses on the bond between Kakashi and Naruto.

Ninja with special bloodline traits begin to go missing and, with blame pointing towards the Land of Fire, Kakashi is to be made a sacrifice in order to calm things down. Naruto is torn between obeying Tsunade’s orders and letting him go or fighting tooth-and-nail to abide by the most important rule Kakashi taught him: Those who abandon their comrades are worse than scum.

Naruto Shippuden: The Movie: Blood Prison is a much-welcome change from the typical pace of Naruto movies up until this point. Most of the time, there’s a random character that Naruto and the others need to protect, and more than one over-the-top, generic speech about doing what’s right — which is fine until it becomes the focal point of every movie.

Thankfully, Blood Prison takes a step back and focuses almost entirely on Naruto himself, as he’s imprisoned and has to find a way to escape by any means possible. The final fight actually feels climactic, too, and puts Naruto’s Sage Mode on full display.

There’s a reason why Road To Ninja, despite still being just as non-canon as all the other movies that came before it, is such a hit among Naruto fans. This is due to the fact that the movie takes the typical personalities of everyone’s favorite Konoha shinobi and flips them on their heads entirely.

The shy-and-courteous Hinata becomes outspoken and violent, while cold-and-uncaring Sasuke becomes the village’s flirt. Naruto’s family is also alive and well in this alternate universe, which makes it all the more painful when Naruto and Sakura ultimately have to return to their own reality.

With The Last, fans finally receive a movie that’s completely in canon with the Naruto universe. It’s meant to serve as the bridge between Naruto Shippuden and Boruto, filling in some gaps as to what happened over the course of the timeskip.

Masashi Kishimoto himself meticulously went over the plot for The Last multiple times, attempting to wrap up loose plot threads from the manga satisfyingly. It certainly paid off, too, as many user reviews cite The Last as the greatest Naruto movie of all time, brimming with character development.

Roughly two years before Boruto the anime began airing, Boruto: Naruto The Movie was released in order to ease fans into the new series. As the title suggests, the movie focuses on Naruto’s son Boruto, introducing fans to the protagonist and some minor villains.

The animation, fight scenes, and especially Boruto’s growth throughout the movie are highly praised, though some note that the villains are forgettable and Boruto’s relationship with Naruto isn’t very deeply explored. As a nice introduction to Boruto, though, it more than serves its purpose, with even fans who despised most of the previous Naruto movies giving it a near-perfect score.

NEXT: 10 Times Naruto Proved Himself To Be A True Hero