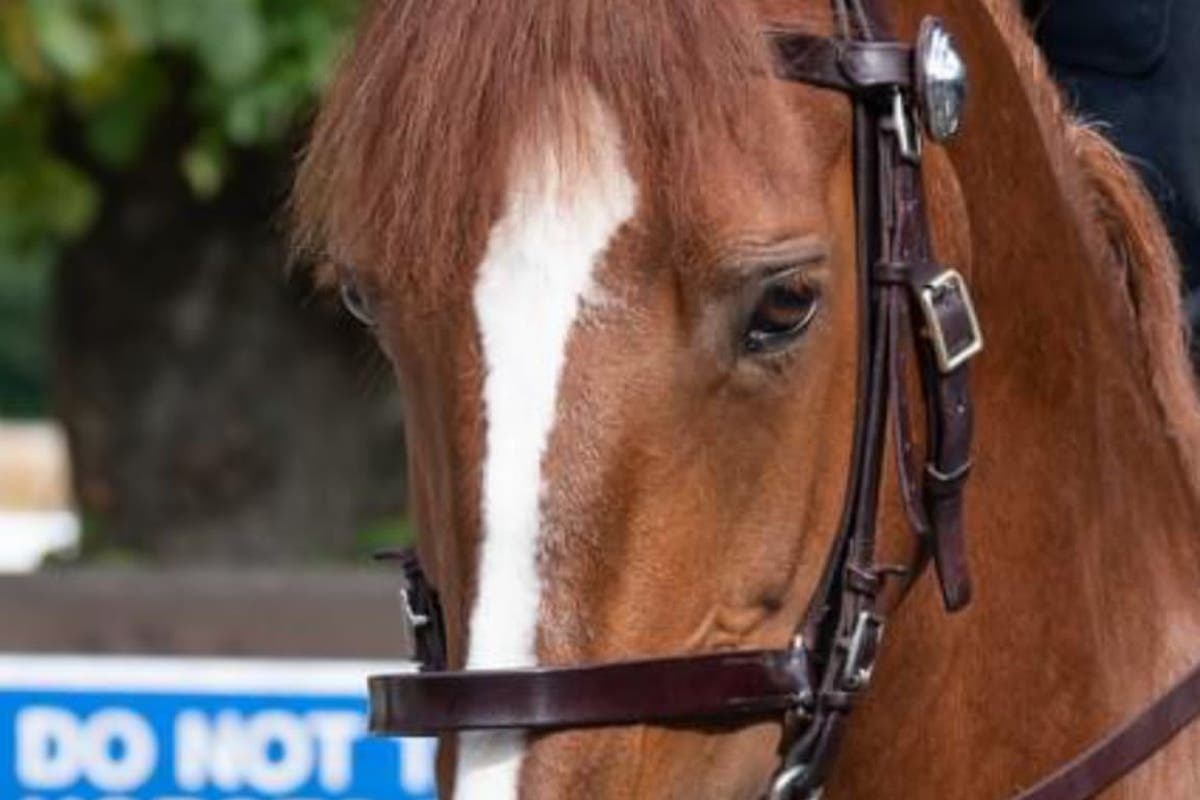 Despite the best efforts of medical staff the police horse was pronounced dead at the scene.

While it is too early at this stage to determine a cause of death, a post-mortem examination is under way, Met Police said on Monday.

“He played an integral role in helping to police London. He was one of the Met’s most experienced horses, with an impeccable seven year police career.

“PH Sandown was gifted to the Met in 2015 and his good nature quickly won over officers. He was the go-to horse to help new officers grow in confidence as they went through their training.

“A pro at policing all types of events across London, he demonstrated his bravery and courageousness at numerous football fixtures whilst also being selected to perform at the Mounted Activity Ride at Olympia, and the Mounted Musical Ride.

“Police horses are working animals, but PH Sandown was also an affectionate character who was full of personality. He loved his food and was always nuzzling in pockets looking for treats.

“PH Sandown was a massive part of the Mounted Branch family and was loved dearly. He will be sorely missed by all.”

The Metropolitan Police said the cause of death is unknown at this stage. An investigation is set to follow.

Notting Hill returned for the first time in three years over the weekend.

Making up for the lost time during the Covid pandemic, hundreds of thousands lined the streets of west London.

The festivities began early as people gathered in the area for J’Ouvert celebrations, covering themselves in bright paints, powders and oil for the first day of carnival.

There was a substantial police presence yesterday and 38 arrests had been made by 7.30pm last night, the Metropolitan Police said.

The alleged offences included drug possession, criminal damage and possession of an offensive weapon. There were ten arrests for assault and two for sexual assault.

An estimated two million people are expected to attend over the course of the weekend.