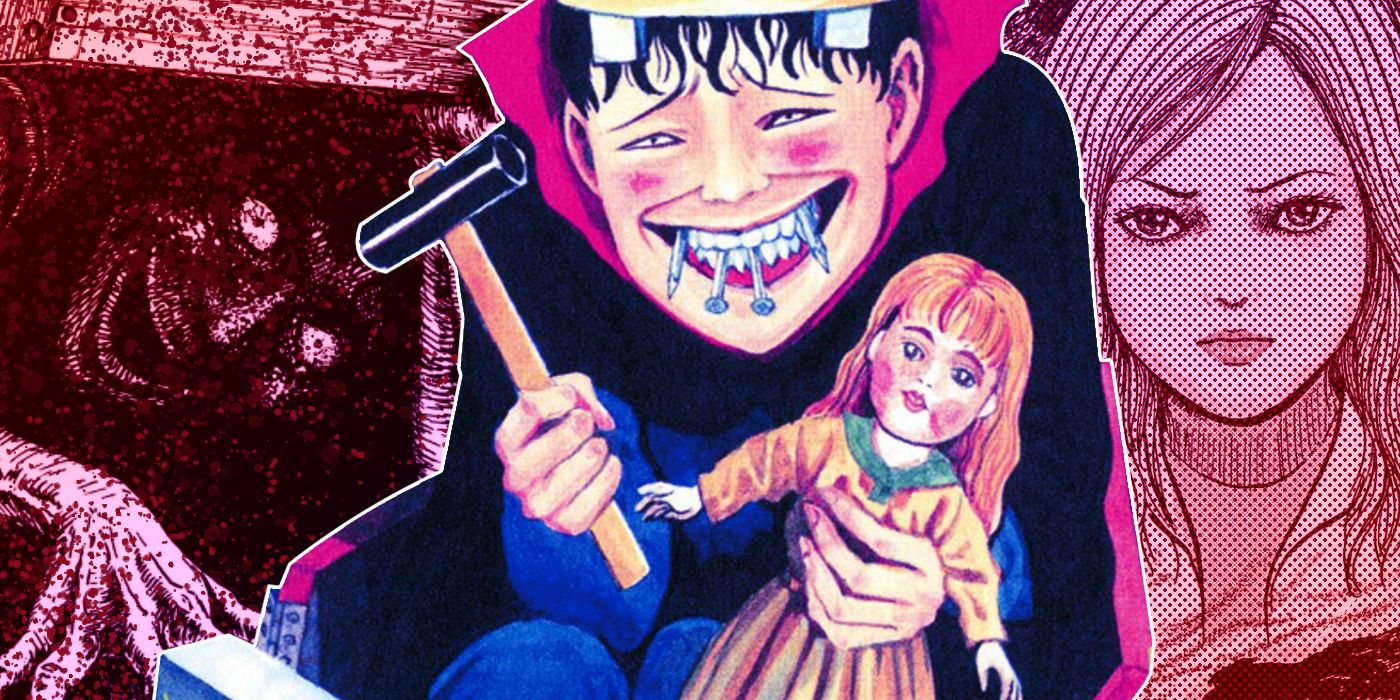 Junji Ito Maniac: Tales of the Macabre is an upcoming Netflix anime series that will be adapting various Junji Ito Collection stories. Initially, there were talks about adapting more stories from the Tomie and Souichi Tsujii anthology collections, and at one point, “The Hanging Balloons” was considered. Since then, only five stories have been confirmed to be adapted into the new anime anthology: “The Strange Hikizuri Siblings: The Seance,” “The Long Hair in The Attic,” “Unbearable Labyrinth,” “The Bully” and “The Den of the Sleep Demon.”

Although no further stories have since been announced, it’s hard to think about a new Junji Ito anime that doesn’t include the horror mangaka’s more iconic characters like Tomie and Souichi, both of whom were featured in the Junji Ito Collection anime from 2018. In fact, Souichi had three of his stories adapted in the previous anime anthology: “Souichi’s Convenient Curse,” “Cloth Teacher” and “Rumors.” While all three stories are major hits in their own right, there are a lot more iconic Souichi stories the new anime could benefit from spotlighting.

Souichi Tsujii’s first appearance is in a story called “Fun Summer Vacation” that introduces his family members, most notably his siblings Kouichi and Sayuri, as well as his parents. The story also introduces his cousins Michina and Yusuke Hirose, both of whom live in Tokyo. The story starts with Michina and Yusuke taking a train to the countryside, where Souichi and his family live, to meet them for the first time and spend their summer vacation with them. Michina and Yusuke hit it off with Souichi’s parents and siblings right away, but not with Souichi himself.

When Michina and Yusuke first meet Souichi, they learn that he is shy and tends to hide in his room a lot. One day when they catch Souichi talking to dolls in his room, they discover that he keeps nails in his mouth for his iron intake, as he is anemic. Souichi’s strange behavior scares Michina and Yusuke, and he is subsequently scolded by his older brother Kouichi, marking the start of Souichi’s hatred of his cousins. Throughout the story, Souichi uses various curses to torment his cousins until they leave after a week.

As a sequel to “Fun Summer Vacation,” Souichi makes his second appearance in “Fun Winter Vacation,” in which he meets Yumiko Fukaya, a female classmate of his cousin Yusuke. While the story is primarily told from Yumiko’s point of view, it does showcase how Souichi picks his victims. As a character who already has a penchant for the occult and uses curses to play pranks on people, Souichi is known to primarily target his family members — namely, his cousins Michina and Yusuke. When they’re not around to be his unwilling victims, Souichi tends to target whoever he happens to encounter.

Originally from Tokyo, Yumiko travels by herself to the countryside for the winter holidays but makes a pit stop in Souichi’s hometown. When she first encounters Souichi on the street, she asks for directions to the nearest holiday cottage, only for Souichi to point her in the direction of a spooky cedar forest where he keeps his voodoo dolls. After Souichi isolates her in the woods, he has her fall into a freezing puddle and bites her neck like a vampire. This causes Yumiko to come down with a nasty cold, and she is brought back to the Tsujii household by Kouichi. During her time recovering there, Souichi continues to play psychological pranks on her, and at one point manages to curse Yusuke from afar.

RELATED: The Best Horror Anime That Will Chill Viewers to the Bone

The final installment of Souichi’s introduction storyline is “Souichi’s Diary of Delights,” which solidifies his character motivation and explores the different types of curses he can inflict. For this story, Michina and Yuusuke return to the Tsujii household for the summer — only this time, Michina decides to try and befriend her strange cousin, thinking he behaves the way he does out of loneliness. When she goes to greet him, she quickly learns that he has not forgiven her for the slap in the face that resulted in serious injuries. As such, he makes her think he grew tentacles on the sites of injury and tricks her into dumping a tray of mud on herself.

When Souichi runs off after his cruel prank on Michina, her brother and cousins go out to look for him. While waiting inside the house, Michina discovers Souichi’s diary and a love letter he wrote to a female classmate. Wanting to get insight into the type of person he is, Michina reads some entries in his diary and learns to her horror that he specializes in various curses and was personally responsible for her brother’s accident in Tokyo during the winter holidays as a way of preventing their visit. She also comes to the realization that Souichi hates her the most. When Souichi discovers that Michina took his diary and love letter, he places a curse on her that’s only lifted after she reads his love letter to his classmate to the rest of the family.

In the previous stories, it’s been known that Souichi is the neglected child of the family due to his strange behavior and is even abused by his older brother. What hasn’t been explored is the people in his life who actually give him affection apart from his cousin Michina trying to establish a connection. In “Souchi’s Birthday,” his deceased grandmother is introduced, along with an imaginary twin brother. While the grandmother was known to spoil Souichi on his birthdays, her absence spotlights how incredibly lonely he is.

As revealed in “Souchi’s Birthday,” the titular prankster shares a birthday with his cousin Michina, who visits the Tsujii family on that day. As the Tsujii family celebrates Michina’s birthday, Souichi observes that he’s being excluded from the party. When he sees that his own mother only prepared a cake for his cousin and completely forgot about him, it intensifies his hatred of Michina, and he decides to make her birthday celebration a miserable experience. He torments Michina by summoning the ghost of his deceased grandmother and his imaginary twin brother. However, once he sees Michina left him a piece of cake in his room and a “Happy Birthday” card, he softens up and stops tormenting her.

While Souichi as a child is a troublesome prankster, as an adult, he is even deadlier, as the two-part story “Secret of the Haunted Mansion” and “The Souichi Front” reveal. In the story, an adult Souichi opens a haunted house as a major attraction in the countryside, but the house isn’t set up to give his customers a proper scare. Instead, the house contains his cannibalistic son Binzo with his wife Fuchi (from “Fashion Model” and “Rumors”), where he has enslaved all of his family members. When customers enter the haunted house, it is a literal run for their lives, as they have to be able to enter and exit the house without being killed and eaten in the process. In “Secret of the Haunted Mansion,” only one kid makes it out alive.

In the follow-up story, “The Souichi Front,” an adult Michina visits the hometown of the Tsujii family in order to investigate their disappearance. During her stay, she sees that children who survived Souichi’s haunted house have acquired his personality traits. This gives her the lead she needs to locate Souichi and her missing extended family members. When she finds them, however, she sees that they are in poor health; they are completely malnourished and have aged at an alarming rate. When Michina reunites with Souichi, he tries to get his cannibalistic son to eat her, but the son decides to go after his father instead. While running for his life, Souichi encounters his wife Fuchi, who proceeds to eat him.

Given that Souichi’s stories are so ripe with both horror and humor, it would be foolish not to include him in the new Junji Ito Maniac anime.