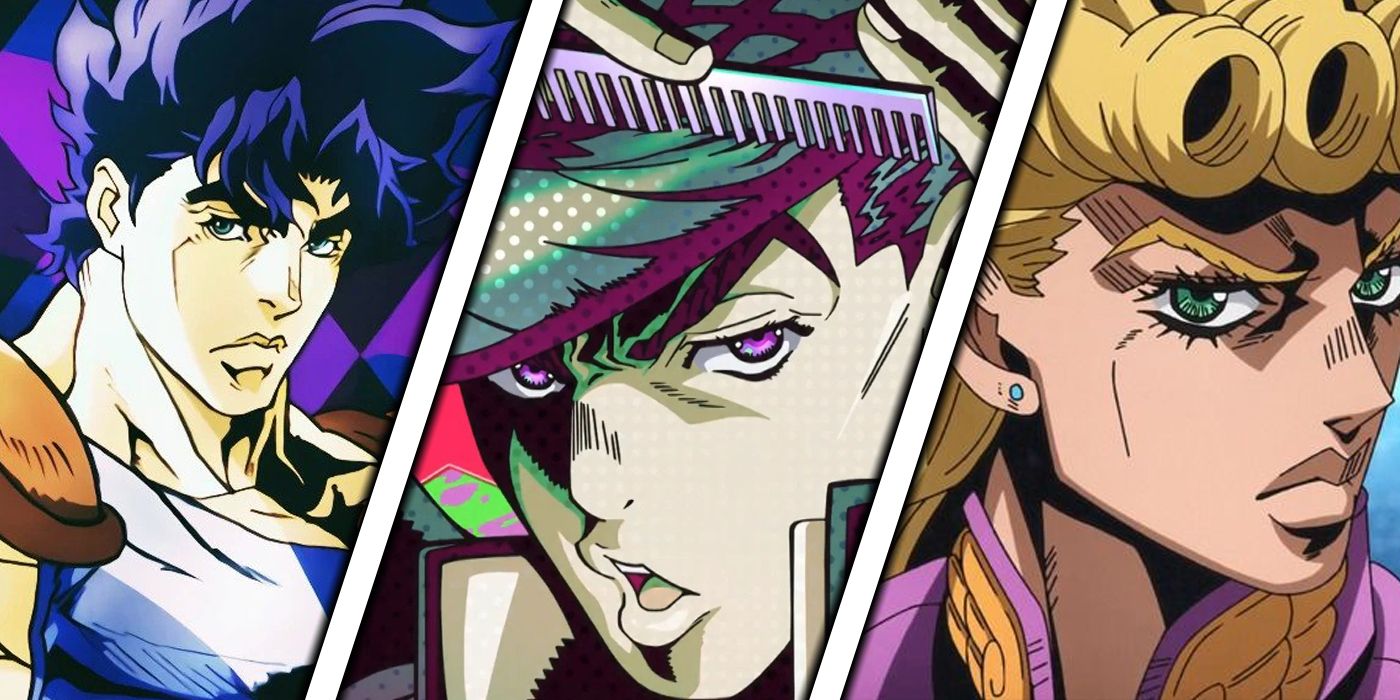 JoJo’s Bizarre Adventure is a vastly beloved anime with a reputation for its strict adherence to the original manga, both in terms of plot and artistic expression. Series author Hirohiko Araki has notably taken a more active role in the production of the show compared to other manga authors, ensuring its long-maintained quality.

Despite JoJo’s Bizarre Adventure’s apparent faithfulness to the source material, it still has some interesting differences that distinguish the anime from Araki’s original vision. There are even some manga moments that the anime series was absolutely right to cut, such as censoring problematic lines and toning down some disturbing events.

Part One of JoJo’s Bizarre Adventure follows the events of the First JoJo, Jonathan Joestar, and tells the events of both his childhood and early adult life. His story only takes place over the span of nine episodes, so it’s obvious that some fat was trimmed off from the original story.

Notably absent is a scene where Jonathan aggressively scarfs down a chocolate bar he spies on a countertop in order to cope with the loss of his mother. This strange scene felt quite odd when juxtaposed with the introductory episode’s darker moments. It didn’t fit very well into the tense atmosphere that was carefully being established. It won’t be missed.

9 Danny The Dog Had A Gruesome Death

During Jonathan Joestar’s childhood, audience hatred for series antagonist Dio Brando reaches a peak after viewers see him indirectly killing Jonathan’s pet dog, Danny, by hiding him inside a furnace. The scene is heart-wrenching enough, hearing scratching sounds as the door to the furnace flexes, but no details are directly shown.

In the JoJo’s Bizarre Adventure manga, however, author Araki saw fit to give his readers some nightmare fuel. The dog burst out of the furnace, burning alive in full color. The graphic display was a lot to stomach, and thankfully they left it up to the viewer’s imagination in the anime adaptation.

In Part Two of JoJo’s Bizarre Adventure, Battle Tendency, season protagonist Joseph Joestar travels far and wide on his quest, making dozens of friends from many diverse backgrounds. Unfortunately, seeing as the series takes place in the late 1930s, some of these friends, particularly German Commander Rudol von Stroheim, are less savory than others.

While the JoJo’s Bizarre Adventure manga never shied away from referring to von Stroheim and his comrades as “Nazis,” the anime made a significant effort to avoid the word. The adaptation chose instead to make subtle nods to their occupation, leaving less historically-inclined viewers in blissful ignorance.

7 Joseph Had Eyes For His Mother

In JoJo’s Bizarre Adventure: Battle Tendency, Joseph is trained in the powerful Hamon arts by his mentor, a beautiful woman named Lisa-Lisa, who just so happens to be revealed near the end of the season to be none other than Joseph’s mother. The manga makes this a bit of an awkward realization due to Joseph’s repeated ogling of her, including a scene where he is caught seemingly staring at her breasts.

RELATED: 10 Ways Joseph Joestar Grew Up Over The Course Of JoJo’s Bizarre Adventure

The JoJo’s Bizarre Adventure anime makes efforts to reduce this, however. The producers only adapted a single instance of Joseph ogling his own mother, and it seemed to be played off for a cheap slapstick joke.

In Part Three, Stardust Crusaders, Jotaro and his team’s adventures are interrupted upon discovering a 12-year-old orphaned girl named Anne, who develops a habit of tailing the group on their journey. At one point in the manga, after the group leaves India, she attempts to bribe the group to let her stay by presenting them with a large stack of adult magazines she stole from a marketplace, with little success.

The JoJo’s Bizarre Adventure anime left this out, thankfully. Keeping the young girl’s experiences a bit more age-appropriate, or at least as age appropriate as following several grown men on a quest to hunt a vampire god could be, was a much wiser choice.

5 Where’s Waldo Gets Run Over By A Car

During JoJo’s Bizarre Adventure: Stardust Crusaders, there is a scene where Dio Brando compels a man to drive a vehicle through a crowd of pedestrians. The scene is a horrifying display of Dio’s evil and twisted disposition and highlights his cruelty and disregard for human lifeforms, which he views as infinitely lesser than he is.

This scene’s impact was softened a bit in the JoJo’s Bizarre Adventure manga, where eagle-eyed readers were able to spot a familiar striped shirt-clad gentleman tossed up into the air with the rest of Dio’s victims. Thankfully, the anime withheld this tone-ruining, yet understandably humorous detail.

In Part Four, Diamond is Unbreakable, a pivotal scene takes place where Josuke Higashikata and friends gather to address the sudden death of Shigeki, a fellow Stand User, at the hands of Kira. In the JoJo’s Bizarre Adventure manga, this scene takes place before an arc involving another minor antagonist turned ally, Aya Tsuji, and her beauty salon, Cinderella’s.

This was a bit of an odd decision since Kira would be the main threat for the remainder of the season, and tossing another antagonist into the mix right after such a pivotal moment felt out of place. The JoJo’s Bizarre Adventure anime rectified this, however, by simply shifting the timeline of the story and placing the Cinderella arc before Shigeki’s death, allowing the more significant story of Kira to flow freely afterward.

During JoJo’s Bizarre Adventure: Diamond is Unbreakable, the supporting character Koichi Hirose possesses a Stand that evolves throughout the season, its final form being able to speak, and dubbed Act Three. In the manga, Act Three’s personality and dialogue reflect a vulgar, casual, and even mean-spirited attitude in contrast to his master Koichi’s kind-hearted disposition.

In Part Five, JoJo’s Bizarre Adventure: Golden Wind, Sharpshooter extraordinaire Guido Mista is the master of Sex Pistols, a Stand that takes the form of six sentient revolver bullets with mischievous personalities. While their anime counterparts were known to spout vulgarities from time to time, they remained mostly light-hearted, matching the attitude of the rest of the cast in the season.

In the original manga, however, the bullets were much more crass, spouting obscenities with a frequency that would make readers blush. While it made for some hilarious scenes, the anime’s changes made the characters much more in line with the narrative tone of the story, assuring their mouths wouldn’t distract from the scenes they were involved in.

1 Bruno’s Motivations For Mista Were Omitted

In JoJo’s Bizarre Adventure: Golden Wind, gang leader Bruno Bucciarati is shown recruiting each of his team members through interesting and diverse circumstances. When he recruits Guido Mista, he saves the man from an unlawful prison sentence, pulling him into the service of their gang.

In the JoJo’s Bizarre Adventure manga, the reason Bruno gives for saving him is that he believes Mista would not last in prison and may end up “killing a prison thug or a gay man.” Understandably, the anime omitted this line, letting Bruno’s eye for talent and sympathetic heart do the talking.

NEXT: The 10 Most Useful JoJo’s Bizarre Adventure Stands To Have In Real Life