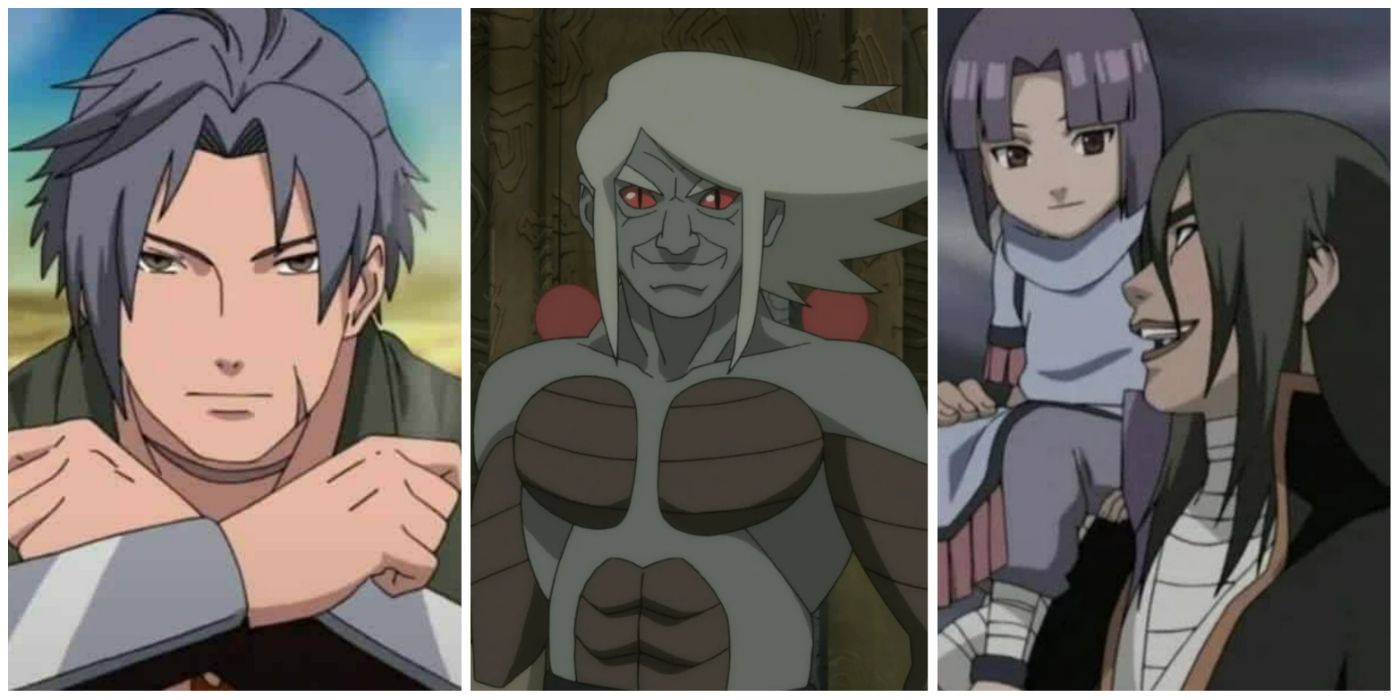 There is a multitude of filler arcs and episodes in Naruto that follow non-canonical storylines and characters made up specifically for these segments. Since the characters exist solely to take up screentime for the show, they were formulated out of whole cloth by the creators and have no basis in the original manga or bearing on the wider narrative.

RELATED: The 10 Most Fulfilling Filler Characters In Naruto Shippuden

It is easy to notice similarities between numerous filler and canon characters, which could be due to the show writers taking inspiration from the rest of Naruto’s lore in making their own cast of characters. Whether it is character relationships, personalities, or situations, these Naruto filler characters feel like good dupes for their canon counterparts.

Raiga and Ranmaru first appear in the episode “Funeral March for the Living.” Raiga is one of the feared Seven Ninja Swordsmen of the Mist who possesses a soft spot for the young Ranmaru. In the past, Ranmaru was lonely and hungry due to civilians avoiding his kekkei genkai.

Upon meeting Ranmaru, Raiga adopted him as an aid, utilizing his abilities to improve his combat. In return, Raiga protected Ranmaru and let him see the world. The two form a striking similarity to Zabuza and Haku, who also form an adult-child duo with the older fighter saving the younger from a life of poverty and the younger using their kekkei genkai in service to the other in gratitude.

Sumaru is a member of Hoshigakure where he regularly undergoes the village’s star training. He is one of its most gifted members, but he harbors inner trauma over the loss of his parents years earlier. Eventually, it is revealed that his parents left the village in protest over the star training which had the potential to kill the trainees.

RELATED: 10 Times Naruto Was Ahead Of Its Time

These details give Sumaru many common traits with Sasuke Uchiha. Like Sumaru, Sasuke is considered one of the best students in his class at the Konoha Academy. He also has unresolved demons over his family’s loss, caused by the Uchiha Massacre and the fact that his older brother was the perpetrator. Finally, he discovers that there is more to the story behind his family’s demise than he first thought.

Haido from the filler film Naruto the Movie: Legend of the Stone of Gelel is a particularly unsavory villain. He purports to create a utopia where fighting doesn’t exist anymore. He claims to need the Stones of Gelel for this and indoctrinates young orphans such as Temujin into his cause.

But, in reality, Haido desires the stones to take over the world and was responsible for Temujin’s village’s destruction in the first place. Haido also only views the children he collects as disposable for his agenda. This makes Haido not so different from Orochimaru, who also has unapologetically destructive ambition and recruits vulnerable youth as usable fodder for his amoral experimentation.

7 Like Gaara, Sora Experienced Ostracism For Being A Jinchuriki

At a young age, Sora’s father sealed some remaining chakra from the Nine-Tails’ attack into his son’s body. This made Sora a pseudo-jinchuriki and brought ostracization from others once they glimpsed his destructive power. As a result of this treatment, Sora became controlled by his emotions and had trouble trusting.

Sora’s situation is similar to Gaara’s. Like Sora, Gaara was turned into a Jinchuriki by his father who wanted to make him a weapon. Gaara also experienced hatred for his jinchuriki status and it hardened him toward people. Finally, both Sora and Gaara are convinced to relinquish their former way of thinking after interacting with Naruto.

6 Shira & Rock Lee Both Can Only Work With Taijutsu

Shira is a Hidden Sand shinobi who possesses no genjutsu or ninjutsu. Since he only uses taijutsu, Shira was banned from his village’s Academy. Shira trained alone to strengthen his taijutsu until he caught Gaara’s attention. Gaara decides to put faith in Shira’s ability and abolishes the Academy rule so Shira can attend.

Shira’s abilities make him similar to Rock Lee, whom Gaara even cites as inspiration for giving Shira a chance. Both Lee and Shira believe determination and hard work can make up for the lack of ninjutsu and genjutsu. Furthermore, both characters are endlessly loyal to those who see potential in their talent, Lee with Guy and Shira with Gaara.

Appearing in the filler film Naruto the Movie: Guardians of the Crescent Moon Kingdom, Michiru Tsuki rules the Land of the Moon. Due to his wealthy and pampered upbringing, Michiru is materialistic and gluttonous, which negatively affects his health. His adventure, however, gives Michiru a chance to show his good heart and inner strength when he ignores his injuries to help Naruto.

Michiru’s story has many similarities to Choji’s. Though Choji has more insecurities and is kinder, he garners some criticism from Asuma over caring more about food than his ninja training. However, the Sasuke Retrieval Arc gives Choji the chance to demonstrate his abilities and his high regard for his friends.

Kunihisa appears in the standalone filler episode “Impossible! Celebrity Ninja Art: Money Style Jutsu!” He is the young and spoiled son of Kunijiro, a rich jeweler, and believes that throwing money around is the best way to solve his problems. Predictably, this makes Kunihisa quite a handful for Naruto when the latter is assigned a mission to spend the day with him.

Kunihisa has much in common with Konohamaru. As the grandson of Hiruzen Sarutobi, Konohamaru is also related to an important figure of higher standing. Like Kunihisa, Konohamaru dreams of being an accomplished ninja, and his bratty, childish antics also cause Naruto grief.

First appearing in the filler episode “The Closed Door” as part of the Kaima Capture Mission Arc, Amachi is a medical-nin and scientist in service to Orochimaru. Together, the two kidnapped people from the Land of the Sea to use as guinea pigs for experiments, specifically creating fish-human hybrids that could potentially be powerful underwater ninjas for Orochimaru.

Amachi feels very similar to Kabuto Yakushi, another medical-nin who works for Orochimaru. Both are scarily amoral and apathetic when it comes to the ethics of their experiments on humans. Both also have good chakra control, use scalpels to fight, and will willingly experiment on themselves to enhance their own abilities.

Tsubaki is Mizuki’s fiancee who first appears in the episode “Tonton! I’m Counting on You!” as part of the Mizuki Tracking Mission Arc. While Mizuki is initially happy to see her, her rejection of his evil plan causes him to turn malevolent and abusive toward her. Though she tries to convince him to give up his ambitions, she ultimately fails.

This gives Tsubaki much in common with Sakura Haruno. Like Tsubaki, Sakura loves a man who changes and becomes morally questionable after being promised power by Orochimaru. And just like Tsubaki with Mizuki, Sakura’s attempt to get Sasuke to forsake his goal doesn’t work at all.

1 Aoi Rokusho & Mizuki Deceive A Child Into Doing Their Bidding

Aoi Rokusho is a missing-nin from Konohagakure who appears in the Land of Tea Mission Escort Mission arc. Formerly an instructor at the Academy, Aoi manipulated his pupil Idate Morino into stealing Tobirama Senju’s legendary sword. He promised Idate this would grant the boy his advancement to chunin. But once Aoi obtained the sword, he showed his true colors.

Aoi has much in common with Mizuki. Mizuki tricked a pre-genin Naruto into taking the Scroll of Seals by promising that it would help him graduate from the Academy. Like Aoi, Mizuki used a child as a scapegoat for his bigger devious agenda and isn’t above harming him for his own benefit.

NEXT: The 10 Most Hateable Filler Characters In Naruto Shippuden