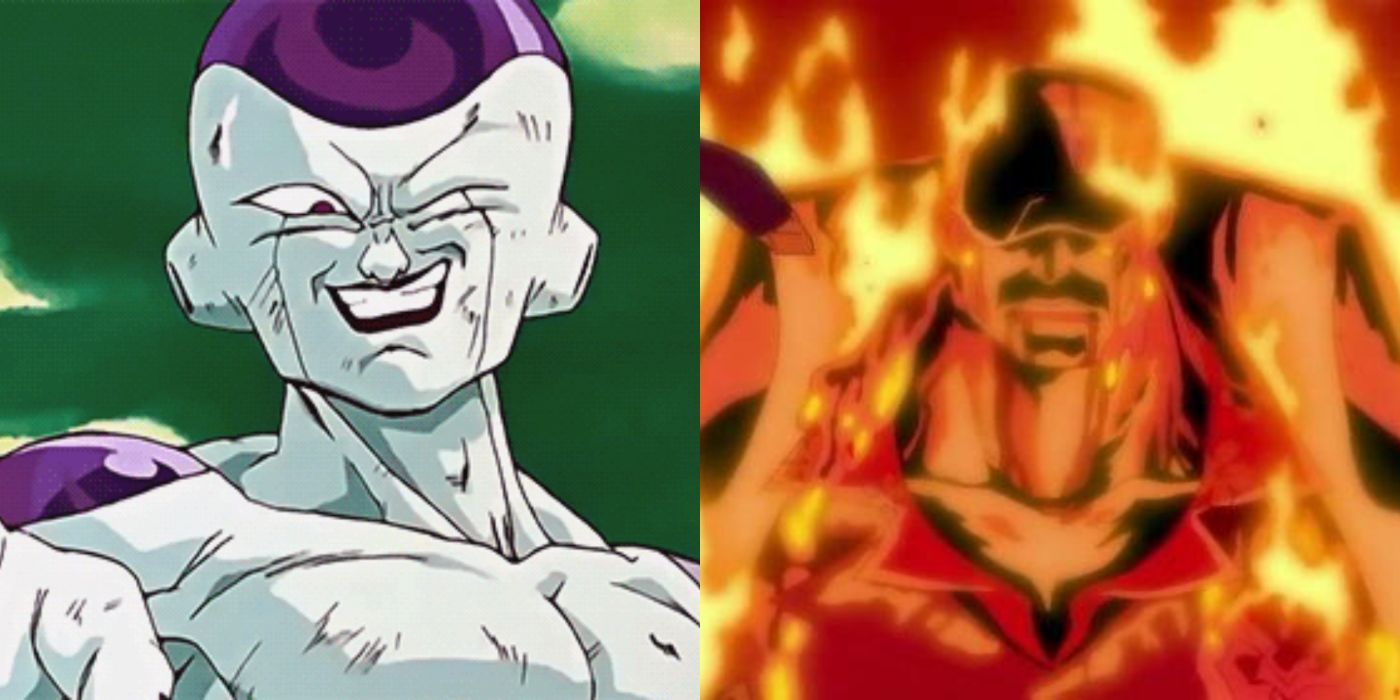 Warning: This article contains spoilers for the following series: Fullmetal Alchemist Brotherhood, Gintama, Death Note, Attack on Titan, Demon Slayer: Mugen Train film, Naruto Shippuden, One Piece, Dragon Ball Z, Your Lie in April, and JoJo’s Bizarre Adventure: Phantom Blood.The second part of Attack on Titan aired in late 2021 and early 2022, giving fans many saddening deaths like Sasha Braus. As the final part of the season and the series draws near, many anime-only fans are anxious to find out whether their favorite characters will live until the end of the series.

Deaths in shonen anime can come as quite a shock for fans, especially when the circumstances are random. Even some deaths that are foreshadowed may not be easily seen at first. Whether it’s a series like Attack on Titan, where bodies drop constantly, or a series like One Piece, where characters die much less often, there are many deaths in shonen anime that come as a surprise.

Maes Huges was an incredibly well-loved character the moment he first appeared in FMA Brotherhood. He brought both comedy and comfort to the Elric brothers. His bond and loyalty to Roy Mustang also made him a valuable ally to the man who one day intended to become the Fuhrer.

RELATED: 10 Most Controversial Anime Endings Of The Past Decade

However, his death in the series came as a sudden surprise that injected deep emotion into the series. His death was incredibly impactful to the story and the characters. As fans go back, they can see sadly that his death had been foreshadowed, as he speaks of a beautiful woman he had been seeing: Lust. This death also paved the way for one of the most iconic scenes in the series: when Roy Mustang burned Lust to death with his alchemy.

Shigeshige Tokugawa, better known as simply Shogun, was one of the funniest characters in Gintama that fans grew to love more and more in every episode he appeared in. While Shogun was used primarily for comedic purposes, no fan was prepared for the series arc that ensued titled the “Shogun Assassination arc.”

While this was indeed the title of the arc, many fans weren’t expecting an actual death when Zenzou employed a fake assassination and saved the Shogun’s life. However, at the very end of the arc, fans sadly see poison slipped into his wrist, and he dies shortly after, making for one of the most impactful and shocking deaths in the series.

The dynamic between Light Yagami and L in Death Note is still talked about to this day and many fans still haven’t gotten over the sudden death of L partway through the series. Some fans say the series fell off after this point and felt L was the driving force of the series.

The sudden death of L leaves its weight on the characters as well, as Light can hardly believe he actually defeated his enemy. However, L still lives on through the spirit of the remaining detectives, as well as the new characters, Near and Mello. After L is gone, Light certainly grows more careless, not believing anyone else, but L could have matched his wit and this is ultimately his downfall.

Sasha’s death, one of the best characters in Attack on Titan, seemed incredibly sudden and is by far one of the most shocking deaths in the series. While many deaths, like Erwin’s, hit fans hard, no one expected a character to die outside of battle.

Sasha was the first causality of the Survey Corps in the war against Marley and a death that drove many fans to gain a deep hatred for her murderer, Gabi. Anime-only fans will have to wait until the final part of Attack on Titan to see whether the rest of the original Survey Corps members will survive.

The Demon Slayer film titled Mugen Train performed very well in both Japan and the U.S. This was many fans’ first exposure to this arc, and it didn’t take long for many people to quickly fall in love with Rengoku.

Both his personality and his incredible strength were unbelievably admirable. His fight against one of the strongest Demon Slayer demons, Akaza, was beautifully animated. However, Rengoku’s fire-breathing wasn’t enough to overcome this upper-moon demon and in the end, he was defeated in a devastating and shocking death.

The old master archetype in anime is a well-loved one, and not many are held in higher regard than Naruto’s master, Jiraiya. What preceded the epic battle of Naruto vs Pain, one of the best long fights in shonen anime, was the arc titled “Jiraiya the Gallant,” which featured the backstory of Jiraiya in the Land of Rain.

This backstory made the battle against Pain far more heartbreaking, and fans saw the beginning of an interesting dynamic form between Nagato and Naruto. The death of Jiraiya tore many fans apart, and it made Naruto’s future battle far more impactful because of it.

Ever since Ace’s appearance, he has scored in the top 10 of every popularity poll One Piece has had. It’s obvious then to say that Ace was a well-loved character and that his death broke many hearts as his final chapter shocked the world.

The entire Saga of the Summit War had been set up for one reason: to save Ace. This task seemed like it would succeed as each chapter passed, but in the end, when Luffy was in danger, Ace put his own life on the line for his brother. This is a sacrifice Luffy hasn’t forgotten nor has any fan of the series.

Many fans were shocked by Krillin’s first death in Dragon Ball, but no one was prepared for the second one that saw Krillin exploding to death at the hands of Frieza in front of Goku.

No one quite knew how Goku would react to visibly seeing a friend die in front of his eyes, but it brought on the transformation of the Super Saiyan, considered by many to be the most iconic scene in anime and still the best transformation scene in Dragon Ball. While Krillin’s death shook many fans, it also opened a doorway to greater things in the Dragon Ball series.

Kaori Miyazono – Your Lie In April

Many fans have gone into watching Your Lie in April knowing it’s a sad story, but the plot twist of Kaori’s sickness isn’t exactly expected. Finding out about her sickness tore many fans apart and had many of them cry as they saw how desperately she tried to appear strong for others.

Her death comes so abruptly that many fans were left with their jaws dropped. It is an incredibly realistic moment, and it urges others to hold onto the ones they love and not live a life of regret.

The main characters of a series don’t often die, especially when it comes to the JoJo’s Bizarre Adventure franchise. DIO was a hard character to put down, but not even Jonathan succeeded in ending his vampire brother.

DIO had stolen almost everything from Jonathan in his life and took away a happy future with Jonathan’s wife and son. While Jonathan’s death came as a shock, the bloodline of the Joestar’s was strong, and years later, they were finally able to put an end to DIO.