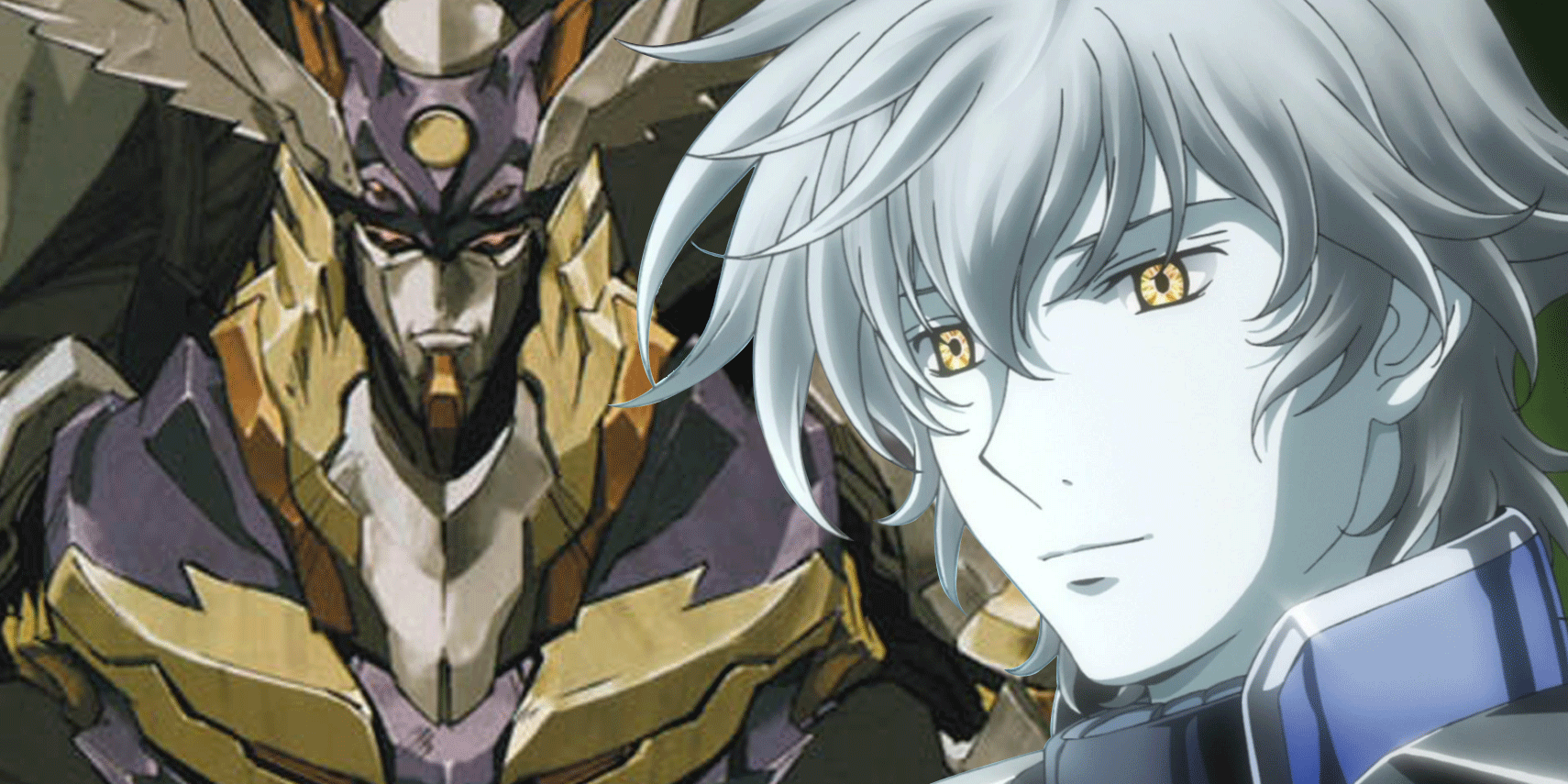 Like any other genre, mecha fiction have clearly defined rules and conventions that its anime follow. Some mecha anime even go a step further by laying down their own respective internal logic and in-universe bibles. However, for one reason or another, some mecha anime defy genre rules or even the ones that they themselves set.

RELATED: 10 Mecha Anime That Are So Bad They’re Good

While subverting expectations and challenging established genre norms isn’t an inherently bad thing, it’s a creative risk that not all mecha anime can pull off. These mecha anime are arguably the most egregious rule breakers, but while some of them actually aged with the benefit of hindsight, the only thing that others did was confuse and even anger fans.

10 Mobile Suit Gundam 00 Introduced Aliens Out Of The Blue

Gundam anime have almost always been realistic depictions of mecha warfare and reflections of the political climate each series was aired in, and Gundam 00 was as grounded as it could get. In brief, Gundam 00 was heavily influenced by the War on Terror and other 2000s-era issues. Obviously, this meant that it would end in an alien invasion.

Despite its real robot roots, Gundam 00’s finale movie A Wakening Of The Trailblazer tackled an alien invasion that ended with Setsuna becoming one with his Gundam. The weird thing is that Gundam 00 actually teased this, but in a chibified parody tease for Season 2, of all places. Half of the skit’s jokes happened in the movie, while others did not.

9 Darling In The FranXX Resorted To Magic For The Finale

Like its most obvious inspiration Neon Genesis Evangelion, Darling In The FranXX was a mostly grounded sci-fi story that just so happened to take place in a world with giant robots and monsters. Even with the existence of outlandish beings and inventions, Darling In The FranXX stuck to its sense of reality up until the final episode.

With no explanation or prior build-up, Zero Two merged with her and Hiro’s mecha Strelizia to become Strelizia True Apus: a giant Zero Two who blew up the VIRM in one attack. The best explanation anyone had was that Zero Two was so empowered by love and friendship that she somehow defied Darling In The FranXX’s in-universe science.

For the most part, The Big O is a straightforward Noir-inspired mystery anime that has giant robots. But as the anime went on, it became clear that there was more to Paradigm City and its amnesia-stricken citizens. But instead of solving this the way detective stories would, The Big O closed the case in an unexpectedly existential manner.

Big O and Big Fau’s final fight was interrupted by Big Venus, a Megadeus that literally erases everything. Roger Smith talked down Angel (Big Venus’ pilot) but before they clashed, a white light engulfed the world and reset everything to Episode 1. Not only does this not make sense in The Big O’s world, but it’s a cliffhanger that will never be resolved due to the series’ cancellation.

7 Eureka Seven AO Retconned Itself So Much That Nothing Mattered

Eureka Seven AO is unique among legacy sequels since it isn’t a generations-divorced installment, but an alternate reality. But even with the presence of time travel and multiverses, the anime’s abrupt ending that basically retconned Ao out of existence (along with all previously established stakes) didn’t make sense.

RELATED: 10 Overrated Mecha Anime That Are Still Worth Watching

In brief, Ao used the Quartz Gun (which erases targets from history) on the monstrous Secrets and the deadly Scub Coral, and this somehow threw him into another timeline. Besides the fact that Ao could’ve done this earlier, this ending was so poorly received that studio Bones redid it through the five-part epilogue, Lord Don’t Slow Me Down.

6 RahXephon Somehow Reset The World In Its Ending

RahXephon is known as one of the most blatant Neon Genesis Evangelion clones, and nowhere was this made more obvious than in its final episode. Just as Evangelion’s original run ended, RahXephon closed with an abstract examination of its protagonist’s mental state instead of the kind of resolutions that were typical of mecha stories.

Following the penultimate episode’s devastating war and winning the final fight, Ayato found himself in a white void where his memories were examined and he was given the power to reset the world. RahXephon was always esoteric, but it was still grounded in its own reality. The finale, meanwhile, did away with this in favor of symbolic introspection.

5 Bokurano Pulled Its Punches At The Last Second

Bokurano is (in)famous for being one of (if not) the bleakest mecha anime since Neon Genesis Evangelion, and its high casualty rate certified this dark praise. By killing its teenage pilots on an episodic basis and not letting up, Bokurano established itself as a brutal deconstruction of the mecha power fantasy. But then in the final episode, it pulled back.

Before the final battle, the Ushiro siblings and Yoko outsmarted and killed Koyemshi and got the chance to fight and die on their own terms. Although Bokurano’s bittersweet ending isn’t too left-field, it’s still misplaced given the established nihilism. Bokurano’s creator Mohiro Kitoh begrudgingly allowed the change, but told his readers not to watch the anime.

4 Code Geass: Lelouch Of The Re;surrection Undid Its Biggest Sacrifice

Broadly speaking, Code Geass could be seen as a character study of someone as well-intentioned yet villainous as Lelouch Vi Britannia. The anime didn’t hold back when it came to forcing Lelouch to face the consequences of his actions, and it even culminated with him giving his life for the sake of world peace. The movies, however, undid this.

Rather than stick to the mainline anime’s harsh look at war, Lelouch Of The Re;surrection rewrote Lelouch’s death into an amnesiac state so that he could be revived in time for cool Knightmare fights. Whatever Code Geass had to say about war and those who wage it was lost on the trilogy, which only exists to expand the franchise.

Gundam SEED can be polarizing among Gundam fans, but it’s respected for being one of the best gateway Gundam series out there. However, Gundam SEED’s otherwise glowing reputation was soured by its remastered versions which undid the series’ most dramatic deaths and nullified the series’ themes of war’s human cost.

To wit, the compilation movie Gundam SEED Special Edition spared Mu La Flaga so he could return in SEED Destiny, and the HD remaster rewrote Nico’s death at Kira’s hands to being an accident where Nicol ran into Kira’s sword. Fans hated both retcons, since they watered down SEED’s impact and unfairly absolved Kira of any wrongdoings.

2 Neon Genesis Evangelion Stopped Caring About The Rules Halfway Through

Saying Evangelion was avant garde is an understatement. After starting as a darker but straightforward mecha anime, Evangelion began defying genre conventions and its own internal logic at the halfway point for artistic reasons. This all came to a head in its notorious finale, which was a clip show mixed with psychoanalyses.

In its last two episodes, Evangelion defied genre conventions by ditching a final battle or even giving its cast any kind of resolution for a literal discussion of its themes narrated by leftover frames and cells. While this esoteric finale was appreciated years after the fact, it caused endless confusion and was (and still is) subjected to endless parody.

1 Tengen Toppa Gurren Lagann Defied Itself The Moment It Began

Gurren Lagann is famous for showing how the power of the human spirit can defy fate and the predetermined laws of nature, so it’s rather fitting that it defied its own rules in its pilot episode. That being said, this was the result of Studio Trigger’s writers losing track of their original ideas and just rolling with it.

Gurren Lagann opened with a flash-forward to an adult Simon leading Team Dai-Gurren in the final battle, but Boota was inexplicably human, the universe was fighting Team Dai-Gurren, and it didn’t align with anything in the anime. Fans interpreted this as an alternate reality, or a non-canon mood piece that teased what was coming.

NEXT: 10 Best Mecha Anime That Need A New Season