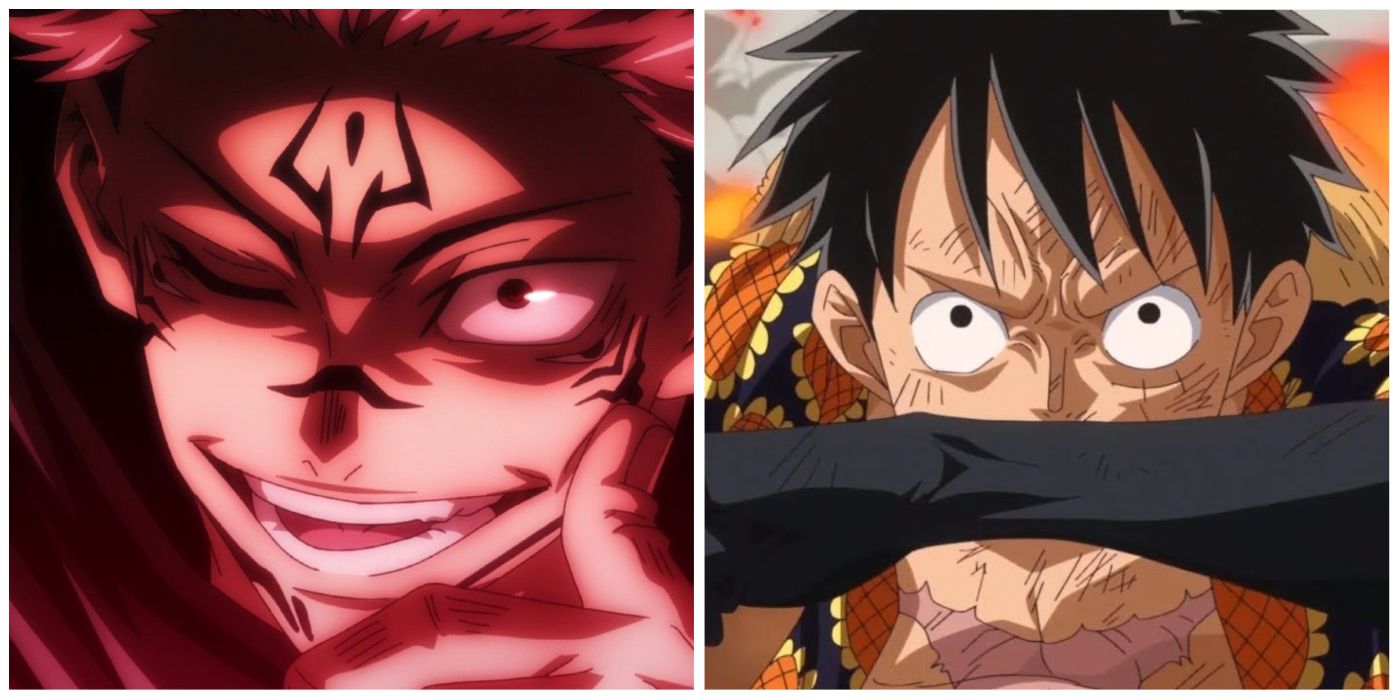 Transformations in anime are always cool, but some are certainly cooler than others. Whether it’s the buildup to the transformation, the raw power given off by the character, or just the overall cool factor, some character transformations have stayed relevant even to modern anime.

Naruto’s journey to controlling the nine-tailed fox’s power is a long one. Throughout the Naruto series, Kurama’s power takes over him and practically transforms him into the fox itself.

While the different forms of the fox are exceptionally cool, Naruto’s best transformation is when he learns to control the fox’s power. The gold aura and the jacket that form around him show how Naruto has grown as a Shinobi. It also calls back to the jacket worn by his father, Minato, which is a nice touch.

It didn’t seem like Luffy could get any more powerful until he gains the transformation technique known as Gear. By using the different levels of Gear, Luffy is able to transform his body. During his fight with Rob Lucci, he’s even able to make his fist the size of a small boat.

His most impressive use of Gear is when he fully transforms himself using 5th gear during his fight with Kaidou. By combining Haki and Gear, Luffy practically becomes godlike in his abilities. Luffy looks amazing with his cloudlike hair, but the best part about this transformation is the complete freedom it gives him.

Not every character transformation needs to be elaborate to get the point across. After Itadori swallows Sukuna’s finger, he gains tattoos and a few extra eyes on his face, but that’s really all he needs to show how terrifying the demon Sukuna can be.

The best part of Itadori’s transformation is how the series demonstrates Itadori’s tenuous control over Sukuna. Sukuna is able to form a mouth whenever he wants to make snide comments toward Itadori. He even forms a mouth on Itadori’s hand to force him to consume another one of his fingers.

7 Ichigo Is Taken Over By His Hollow Side (Bleach)

In order to regain his powers as a Soul Reaper, Ichigo is forced to nearly transform himself into a hollow. Afterward, he’s plagued by the appearance of his hollow self until he eventually gains the ability to use his hollow powers in battle.

Usagi’s transformation into Sailor Moon is a classic. It inspires all the magical girl transformations that come after, but it still manages to be the best one. The fact that her transformation sequence appears in nearly every episode and doesn’t get boring just shows how great of a transformation it is.

On top of that, her Sailor Moon outfit is incredibly cute and it only gets cuter as her power grows. The best thing about the Sailor Moon transformations, however, is that each Sailor Scout has a transformation that’s unique to them.

For the most part, the titans in Attack on Titan all look the same. The main nine titans have characteristics unique to their power set, but even they aren’t that different from each other. The only exception to this is the War Hammer Titan, which has a completely different look from the others.

RELATED: 10 Manga That Make No Sense Without Watching The Anime

It’s white armored body almost gives the War Hammer Titan a ghostly appearance, and its webbed face and white skin stand out compared to the other Titans’ muscular forms. The War Hammer Titan even has a unique ability to form weapons and armor.

There are tons of transformation Quirks in My Hero Academia, but none of them stand out quite as much as Ryuko’s dragon transformation. She may be known as the Dragon Hero, but fans didn’t expect her to actually transform into a massive dragon.

The design of her dragon transformation may be simplistic, but it makes up for that with its massive power. Ryuko is able to fly when transformed, but she even has the power to destroy entire buildings, which she does during the Raid arc. By crashing her entire body through the ground, she’s able to provide support to Deku during his fight with Overhaul.

3 Kurama Is A Demon To Be Remembered (YuYu Hakusho)

Kurama is the most polite and intelligent member of team Urameshi, but underneath that kind exterior, he is a cold-blooded killer. Even compared to Hiei, who acts the most ruthless in battle, Kurama is the one who often shows the least amount of mercy.

Ling is a bit of a goofball in Fullmetal Alchemist: Brotherhood, but that changes when he becomes the Homunculus Greed. He becomes far more powerful, and he also gains the ability to form a metal-like armor over his entire body.

The previous Greed host is also able to form the armor, which makes it clear the ability is inherent to Greed himself. Compared to the other Homunculi, Greed’s transformation is the coolest and one of the most powerful. His ultimate defense makes him practically invincible, which is why the original Greed is so easily able to beat Ed.

1 Frieza Is Terrifying In His Final Form (Dragon Ball Z)

When it comes to character transformations in anime, Frieza’s is one of the most memorable. He’s powerful enough before he transforms, but he becomes even more powerful with every one of his following transformations.

Frieza is nearly unbeatable when he’s in his final transformation, but besides being the most powerful form he has, it’s also the coolest. Compared to the rest of his transformations, it’s minimalistic, which actually makes him even more terrifying of an opponent.

NEXT: 10 Pokémon And Their DC Superhero Counterparts