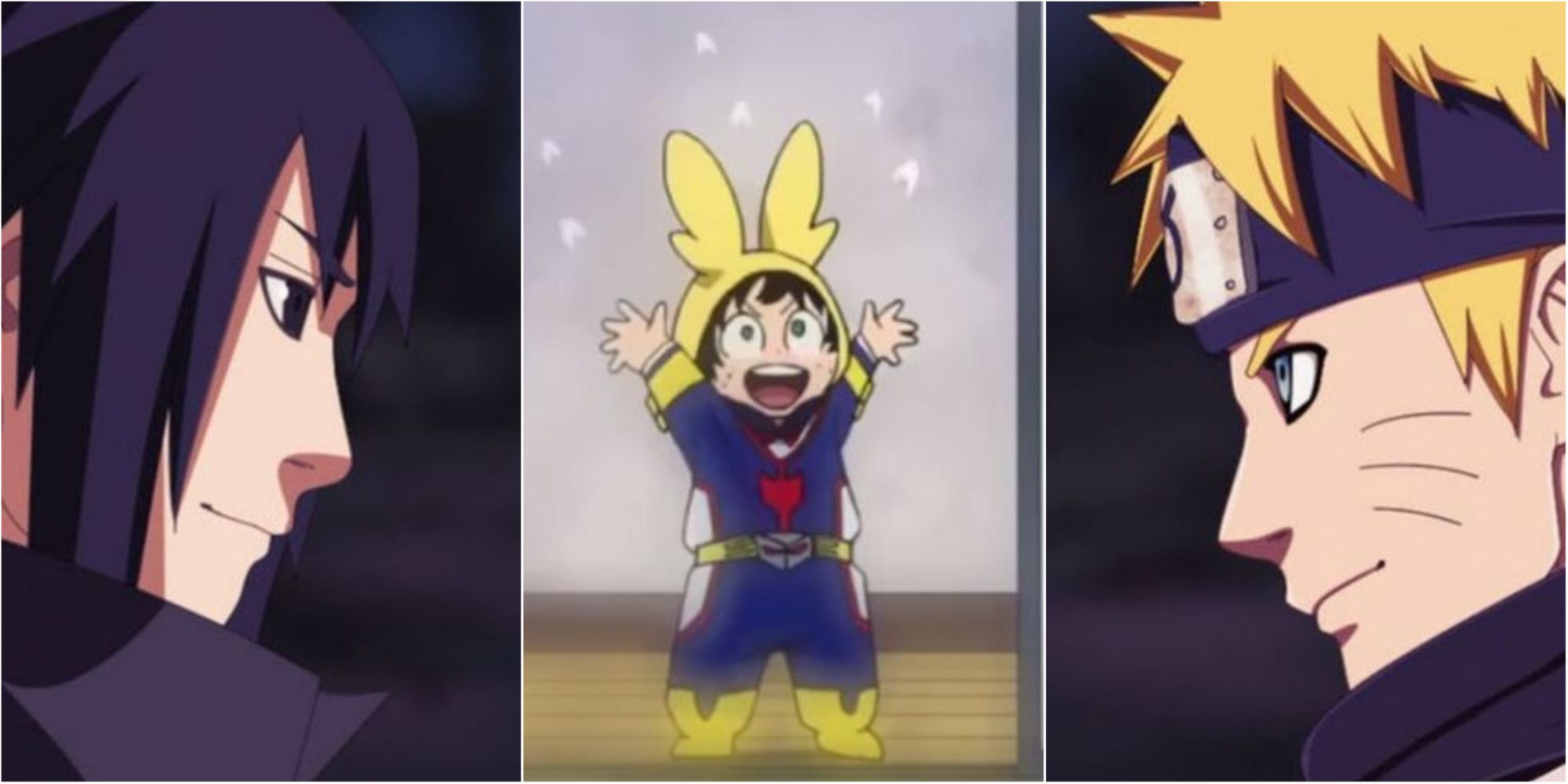 Anime has certainly picked up steam in recent years, but it has always pulled in a diverse group of viewers and fans. The kids hooked by Naruto’s Shadow Clone jutsu in the 2000s were first joined by their parents, then artists, and eventually a few philosophers stumbled into the fandom.

Philosophy and ethics are not where a discussion of anime usually begins, but that doesn’t mean they aren’t a big part of the medium. The life lessons fans can learn from anime are as worthwhile and unique as those that can be found in the real world. In fact, there are some lessons that only anime can teach us.

10 Take Care Of Your Shadow

Many popular forms of media will advise their viewers to run away from demons, but the anime medium is different. In anime, characters who embrace and learn to work with demons, shadows, and monsters are a common occurrence.

Whether it be Naruto building a relationship with Kurama, Ash Ketchum taking care of the monsters in his pocket, or Megumi carrying the weight of his shadow shikigami, anime has a lesson for anyone hoping to face their demons head-on. Even Tokoyami from My Hero Academiahas a lesson to teach viewers about working alongside their shadow.

Perseverance is not a lesson that is exclusive to anime. Still, the way anime displays perseverance is on a completely different level than other media. Deku from My Hero Academia persevered through his powerlessness and only got his due after putting his life on the line to save his childhood bully.

Similarly, Asta from Black Clover spent more than a decade training his body to make up for his magical weaknesses. Anime doesn’t just promote perseverance; it promotes a complete denial of weakness that is so admirable, that it continues to impact viewers well into their adult lives.

For every best boy that can be found in anime, there is a sad boy waiting to release a waterfall of tears right around the corner. Usopp, Zenitsu, and Takemichi are three of the most well-known crybabies in anime.

While some might consider these three characters weak because of their emotional outbursts, they couldn’t be any further from the truth. Takemichi is especially powerful through the power of sadness and proves it by crying his way into one of the most dangerous gangs in Tokyo.

7 Distraction Is The Greatest Super Villain

In a world where the greatest superhero is able to take down villains with a single punch, it might seem impossible to create a sense of danger. This was the challenge set on Yusuke Murata when he penned the story in One-Punch Man.

In order to create a real sense of danger, Marata had to figure out how to take down a character who can quite literally punch through anything. To do so, he took a risk and wrote a story where distraction and depression are the only things capable of sidelining his hero.

6 Train Your Weirdness Until It Becomes A Strength

Due to the fact that learning is done best by modeling after the experts that came before, few teachers will direct students to embrace their weirdness. Fortunately, for those who thrive in the warm embrace of weirdness, anime has a controversial take on success that is best exemplified by Asta of the Black Bulls.

In Black Clover, Asta is an outlier in that he has no magical ability. Compared to the rest of his peers, he is a bona fide weirdo. Fortunately, Asta embraced his oddities and developed strengths that allowed him to compete with the most powerful wizards in the world.

5 The Line Between Hero & Villain Is Extremely Blurry

Compared to the black-and-white lessons taught by western franchises like Star Wars, anime can seem like an outlier in the way it teaches viewers about good and evil. Eren Yeager is the most recent example of a morally complex protagonist in anime, but he isn’t the only one.

Light Yagami’s foray into villainy and Maka Albarn & Soul Evan’s trip into madness are both proofs that good and evil are easier to confuse than many believe them to be. Anime makes great use of moral ambiguity.

Naruto Uzumaki has been risking his life to prove his own worth since the days of his original series. The young shinobi consistently boxes out of his weight class, but it’s in the moments that he puts his own body on the line that really cements this lesson into the minds of viewers.

RELATED: My Hero Academia: Suneater & 9 Other Students With Weird Quirks

During the battle of the three legendary Sanin, Naruto was tasked with taking on Kabuto. At the time, Orochimaru’s minion was almost a decade older than Naruto and outclassed the protagonist in almost every way. Still, Naruto defeated Kabuto by taking a knife through the hand and proving that it’s the one who’s willing to sacrifice the most of themselves that is truly the strongest.

3 No One Is Useless

Despite the jokes and jabs of anime fans, nobody is ever truly useless. Characters may be different in how they express their strength, but never useless. These differences are largely celebrated in anime, but it wasn’t until My Hero Academia that it was made clear just how valuable these differences were. In My Hero Academia, characters with a wide variety of Quirks are celebrated.

Not only are characters’ Quirks celebrated, but they’re also respected as members of the same profession despite approaching their work from completely different angles. My Hero Academia has made it possible for the new generation of anime lovers to scold the older fans for daring to call Sakura a useless character.

2 Attitude Is Less Important Than Actions

After years of hearing teachers and parental figures demand that the children and students correct their attitudes, the anime genre has come back with a retort that teaches a different lesson. This lesson comes from the anti-heroes of the anime world and can be explained as such: attitude doesn’t matter nearly as much as a person’s actions.

Thanks to the efforts of Sasuke, Vegeta, and Bakugo, anime fans have come to learn that a person should be measured by their intentions rather than their disposition. After all, intentions drive action regardless of how abrasive someone is on the outside.

1 Literally Fight For Your Friends

If Luffy from One Piece ever heard someone say “violence is never the answer,” he would erupt into a fit of his iconic laughter for hours. The Captain of the Straw Hats is known for his violent outbursts, yet nobody ever questions his role as a hero and a just protagonist.

The reason for this has everything to do with why Luffy fights. He doesn’t fight for pride, gold, or any other selfish reasons. Luffy fights for his friends and his dreams. With this sort of motivation, violence sometimes feels like the only answer, and Luffy has no problem throwing the first punch.

NEXT: 10 Anime Characters Who Give Amazing Life Lessons