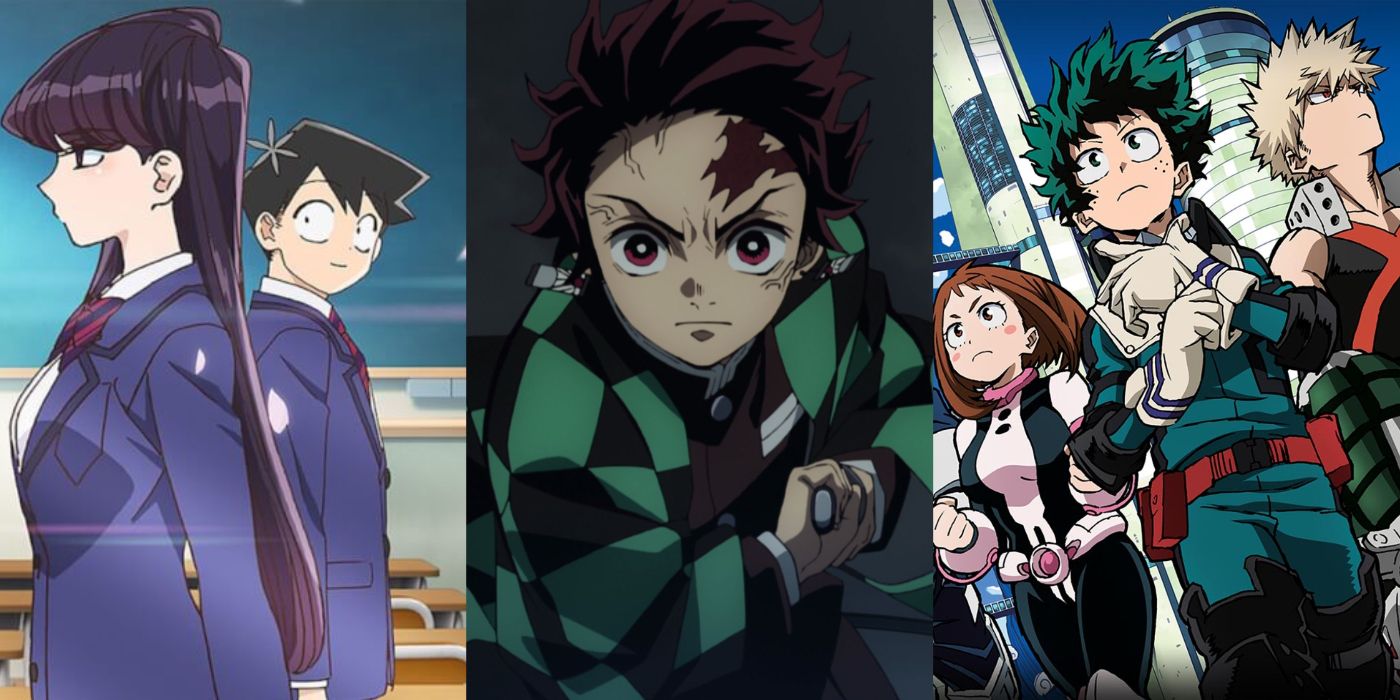 Out of any media out there, anime is one of the most fun to watch. With a multitude of genres, categories, and demographics, anime has something for just about everyone. While it’s always a pleasure to indulge alone in a favorite series, there’s nothing better than watching a great series with friends.

RELATED: 10 Anime With Way Too Many Characters

Whether it’s a relaxing series that helps everyone unwind or an exciting, action-packed adventure, watching anime is always more fun in a group. Some series are better suited for group-watching, their exciting stories and touching moments making for an excellent bonding experience. From shonen to comedy and anything in-between, many anime titles are perfect for fans to watch together.

The best kinds of anime to watch with friends are exciting and filled with action, and that’s exactly what fans get with Gurren Lagann. It’s one of the greatest mecha series of all time, with an iconic cast and unique premise that make it stand out among other titles.

From its stunning visuals to its high energy, this series hypes up the audience all the way through, making it a perfect anime to watch in a group. At just a mere 27 episodes, it’s a great choice for binge-watching in a short period of time.

9 One-Punch Man Is A Perfect Mix Of Action & Comedy

When watching anime with others, it’s always a good idea to pick something that’s as funny as it is thrilling. One-Punch Man is just that, perfectly blending together the typical action of shonen and hilarious comedy. It plays up all the usual tropes found in the genre to make for a hilariously epic superhero story.

As a result, it’s got something for everyone in the group, balancing out the serious and silly moments well. As one of the most popular modern shonen series right now, it’s a great choice when having friends over and is sure to please everyone.

When fans really want to have a good time together, there’s no better anime to watch than Konosuba. At first glance, it just looks like any ordinary isekai, and it admittedly has all the usual tropes and clichés. However, its humor is next-level, making it a hilarious and fun experience for the entire audience.

From its colorful and lovable characters to its amusing take on the classic isekai story, Konosuba is nothing but pure entertainment. This lighthearted series is sure to brighten anyone’s day and is a perfect series to share with others.

Fans might be hesitant at first about sitting down to watch Nichijou with friends. Its cutesy art style and slice-of-life storyline make it seem like a boring and uneventful “Cute Girls Doing Cute Things” series. However, looks can be deceiving.

RELATED: 10 Slice-Of-Life Anime To Watch When You Want To Relax

While Nichijou does focus on the everyday lives of a group of cute girls, it doesn’t take long for the series to take a wacky turn. As a comedy-based series, it’s filled with many hilarious gags and situations that will have everyone laughing.

There is no better anime to watch with friends than a series centered around friendship. Komi Can’t Communicate is one of the hottest new series that has captured the hearts of just about everyone. It’s a wholesome story with a strong focus on friendship and building memories together, making it a great series to watch with others.

Not only is it a cute series, but it’s also very funny. With a big cast of hilarious characters, Komi Can’t Communicate‘s comedy is in no short supply and is sure to be nothing but fun for everyone.

Comedy is one of the best genres of anime to watch with friends, and more times than not, the wackier it is, the better it is. When it comes to out-there comedy series, Osomatsu-san surely can’t be beaten. It’s got one of the weirdest setups of any anime, featuring everyone’s favorite sextuplet NEETs as they go on the most bizarre adventures of all time.

With its high-quality visuals, amazing characters, and side-splitting gags, it’s the perfect series for fans who love to laugh. It’s a ridiculously fun ride from start to finish, and it’s an even better experience when fans watch it together.

As one of the most popular modern shonen series, it’s only natural that fans would turn to My Hero Academia for their watch parties. It’s a great pick for anyone who loves action, comedy, superheroes, and a little bit of drama.

With its unique style and classic emphasis on the power of friendship, it’s perfect to sit down and watch with a group of close friends. The series is still ongoing and already has a ton of episodes under its belt. As a result, this beloved shonen makes for great binge-watching material and will give fans something to watch for a long time.

It’s hard to go wrong with an action-packed shonen when picking a series to watch with a friend group. The energy and thrill of the fight scenes are enough to hype anyone up, making for an epic experience for everyone.

No series can hype an audience quite like Dragon Ball Z, making it the perfect choice when looking for an exciting watch. It’s filled with action, adventure, and of course, many incredible fights. It may not be the deepest anime, but it’s definitely a fun watch that even newcomers can enjoy.

As one of the most popular anime series of all time, Naruto is a go-to title when looking for something to watch with friends. It’s got everything any anime fan could possibly want, from exciting action to compelling emotion.

As one of the Big Three, it’s also one of the longest-running shonen, which means that there are a lot of episodes for fans to work with. With so many episodes and easy access from just about every streaming service, Naruto is an obvious choice when watching anime as a group.

Popular shonen series always make for great group watches, and Demon Slayer is easily one of the most popular modern shonen of all time. It’s got a captivating story, featuring a colorful cast of amazing characters that anime fans have fallen in love with.

If this alone isn’t enough to wow friends, the series also has some of the most stunning animation of any anime in recent years, with fluid movements that perfectly capture the action and emotion of each scene. Best of all, it’s easily available across several different streaming services, making it an even better choice when looking for titles to show friends.