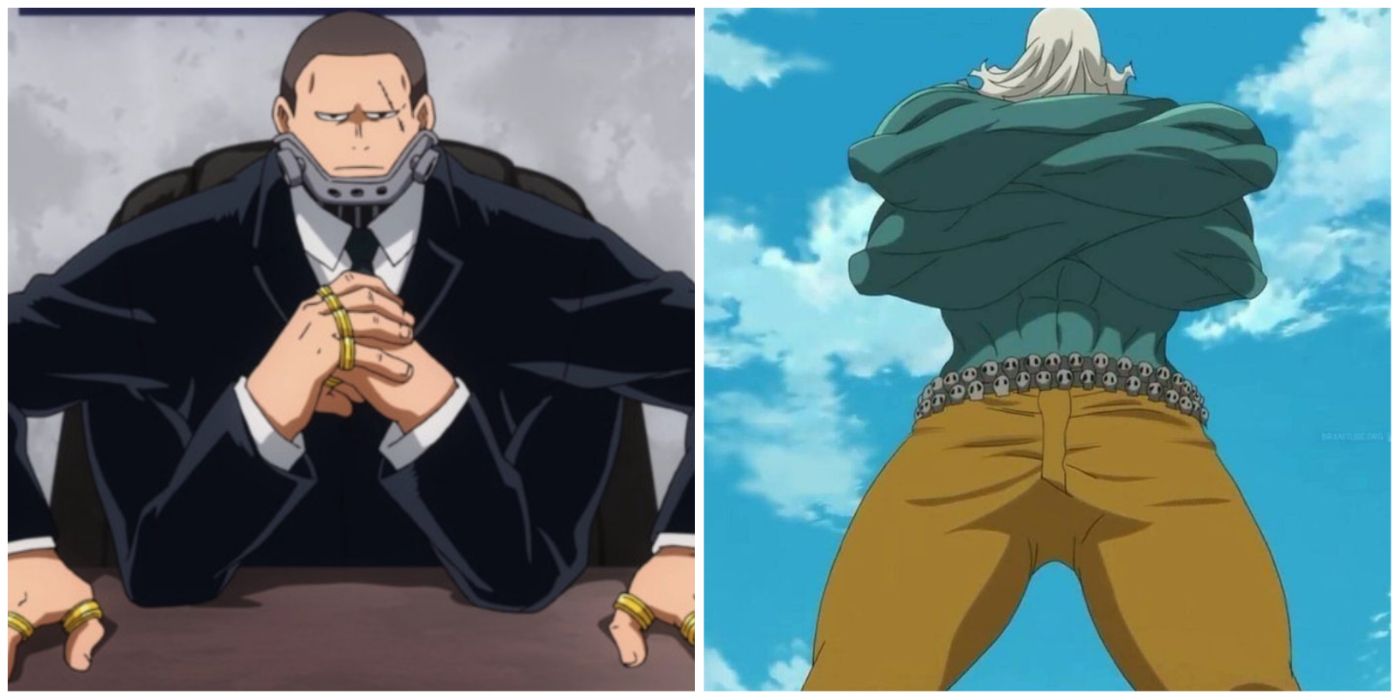 In anime, characters are usually designed based off a general approximation of real physiology. The closer that an individual comes to looking like an authentic person, the easier it will be to take them seriously. However, there are dozens of characters who defy such norms in a very specific way; they have multiple arms.

RELATED: 10 Anime Characters That Became Villains After One Bad Day

Whether to significantly enhance their strength or merely decorative, these additional appendages come in handy in their owner’s daily lives. Through identifying them, it becomes easier to appreciate what extra arms can do and how they help certain characters achieve whatever ambition they desire.

As an octopus, it makes sense that Hachi has multiple arms. He was also one of the first real swordsmen that Zoro faced in One Piece, posing a surprising challenge for a number of reasons.

Firstly, Hachi’s multiple arms were complimented by brutal strength. Each weapon was 300 pounds, rendering him a force of nature. Zoro was also injured at the beginning of his battle, meaning that he could only exert so much energy before collapsing.

9 Forth Kind Was A Pro Hero (My Hero Academia)

Fourth Kind was a hardheaded professional hero who agreed to mentor Kirishima and Tetsutetsu after the Sports Festival. Despite their similarities, he realized both young boys’ potential and agreed to show them the ropes in My Hero Academia.

Kind emphasized what it meant to be a chivalrous hero and that being a pro is just as much about helping a community as it is fighting crime. To this end, he instructed his students to clean up the trash around their local community and provided a stern hand when it was appropriate. Under his charge, Kirishima and Tetsutetsu became close friends.

Although far from the strongest Bleach villain, Nnoitra was as gritty as he was vicious. In his base form, the man was not much to look at; regardless of his impervious Hierro, he didn’t have any extraordinary abilities to keep shinigami on their toes.

When pushed to his limit, Nnoitra can enter his resurreccion form. This state multiples his number of arms and weapons, rendering him a nearly unstoppable swordsman. Should he have faced anyone weaker than Kenpachi Zaraki, there may have been casualties.

Technically, all shifters in Attack On Titan have at least four arms counting their titan and human states. However, given the number of ancients that Eren can summon in his Founding form, he surpasses even this.

When including all the titans Eren can summon, he has innumerable arms. If only factoring those directly connected to his body, however, he has six. Two arms are from Bertholdt’s Colossal, two are from Zeke, and two are from his titan form directly. Ironically, Eren’s human body doesn’t have arms since he was a disembodied head by the time of the finale.

6 Sasori Had Between Four & Hundreds Of Arms (Naruto)

Depending on perspective, Sasori had anywhere between four and hundreds of arms. Should one count the puppets under his control, he easily has the most arms of any character in the Naruto universe, surpassing other puppet masters like Kankuro and Granny Chiyo.

When judging Sasori directly, he still has two pairs. The first is his exterior shell, and the second is his modified mortal body that the villain has become most associated with. Sasori is also capable of creating appendages like buzz-saws from his torso and armpits.

In his base state, Hunter X Hunter’s Youpi is one of the most ordinary looking chimera ants. Aside from his crimson skin, he is virtually indistinguishable from a muscular human. However, Youpi also has the option to evolve and mutate his body to grotesque lengths.

In addition to creating appendages like wings and even additional eyes, he can form several new pairs of arms to repel his enemies. This is particularly useful against foes who are faster than him like Killua and Chute.

Susamaru was a six-armed monster in Demon Slayer. She was capable of throwing devastating balls that her constituent directed for optimal damage. When paired together, they formed a virtually unstoppable offensive force.

Luckily, Tanjiro and his allies were experienced enough to disable the villains so that they could not use their power in tandem. This made them significantly easier to manage regardless of how formidable they were collectively. It was also one of the earliest demonstrations of Tanjiro’s ingenuity and tactical mind.

3 Drole Was The Former Leader Of Giants (Seven Deadly Sins)

Drole was one of the strongest and most imposing villains in The Seven Deadly Sins. As a former leader of giants, his unnaturally green skin and four arms made him stand out more than his prodigious size ever could. Despite being a giant herself, Diane physically and metaphorically looked up to him.

When the demon race invaded Britannia, Zeldris defeated Drole and gave him two options. He could either join the Ten Commandments or die. In the end, Drole chose the latter since he was too honorable to run away.

Kidomaru was a member of the Sound Village and one of Orochimaru’s most successful experiments. He could produce a hardened resin from his mouth to create powerful longbows and arrows. When paired with his spider summoning jutsu, Kidomaru could effectively harry enemies until they were exhausted.

This is especially effective against characters like Neji who do not have any ranged abilities to counter him with. Nonetheless, Kidomaru’s greatest flaw is that he has low durability and melee potential. As a result, Neji defeated him.

By herself, Nico Robin was an ordinary person with an appropriate number of hands. However, her Devil Fruit allowed her to create any quantity of new appendages that she could control and fight with the extensions of her body.

As strong as this Devil Fruit might seem, it had weaknesses.

For example, the damage her arms sustained would be reflected at her. Considering that she does not use armament haki, Robin is also not particularly powerful when facing off against logia users or even particularly durable enemies. This reduces the capacity of an otherwise strong ability.