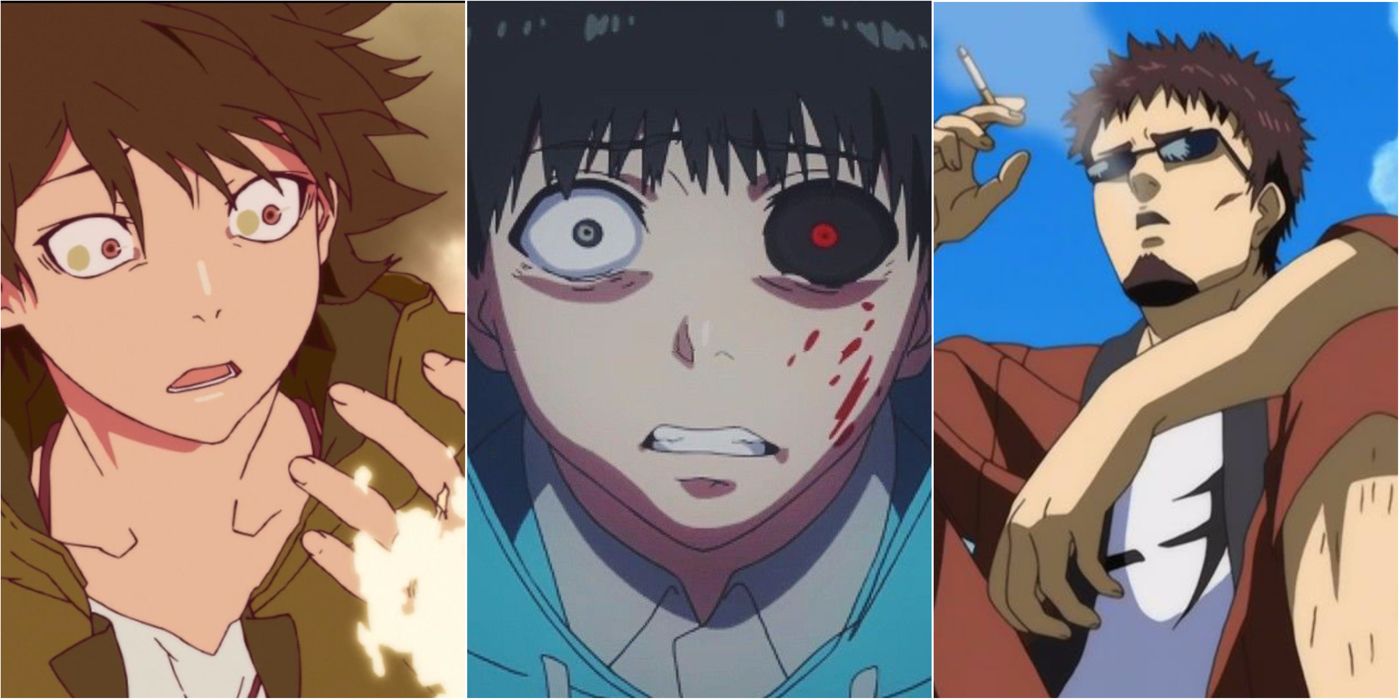 For most anime heroes, luck is something that could get them out of even the direst situations. After all, being the chosen one comes with the benefits of plot armor, which protects the hero from untimely death and directs them to the right place at the right time. However, not every anime character is blessed with a lot of luck and perfect timing.

RELATED: 10 Of The Luckiest Characters In Anime, Ranked

Sometimes, less fortunate heroes can accidentally stumble right into the epicenter of grave dangers they’re not equipped enough to handle. From plain unlucky heroes who walked in on something they were not supposed to see to tragic individuals who met their demise by pure accident, the stars didn’t align for these anime characters, who gravely regret being at the wrong place at the wrong time.

Ken Kaneki, the unfortunate protagonist of Tokyo Ghoul, never wished to be a hero or a villain. While he simply wanted to take a cute girl, Rize Kamishiro, on a date, his partner had different plans. However, the string of unfortunate events doesn’t end with Rize revealing herself as a ghoul and trying to devour Kaneki.

After barely surviving this deadly encounter, the boy recovers to find out that the unwanted surgery he underwent while being unconscious turned him into a half-ghoul, erasing any chance of Kaneki returning to a normal life.

9 Otonashi Met The Kids Of Afterlife War Front Due To A Horrible Train Accident (Angel Beats!)

The entire plot of Angel Beats! kicks off with Yuzuru Otonashi, an aspiring doctor with a caring personality, ending up at the wrong place at the wrong time. On his way to the university to take his entrance exams, Otonashi gets into a horrible train crash, leaving everyone on board either dead or gravely injured.

RELATED: 10 Overrated Sad Anime That Are Still Worth Watching

After surviving on limited supplies for a week and almost losing all hope to pull through, Otonashi dies mere seconds before the rescue team finally opens the tunnel. Nevertheless, his journey continues in the afterlife.

For Banana Fish’s Eiji Okumura, the most faithful encounter of his life started with him ending up at the wrong place at the wrong time. After an injury makes Ejii give up his pole vaulting dreams, a kindhearted photographer Shunichi Ibe hires him as an assistant and invites the boy to New York to document local street gangs​​​​​​.

However, upon arriving in the US and meeting with Ash Lynx, Eiji and a young member of Ash’s gang, Skip, get kidnapped by a rival group, kickstarting Eiji’s wild journey through New York’s criminal world.

While the Jujutsu Kaisen series couldn’t wish for a better protagonist than Yuji Itadori, his involvement in the world of Curses and Sorcerers happened by complete accident. After Yuji’s friends from the Occult Club discover Sukuna’s cursed finger and decide to unseal it at the school during the night, he and Megumi rush to rescue the oblivious kids.

In an unfortunate turn of events, Yuji ends up consuming Sukuna’s finger, becoming the vessel for the most powerful Curse and forfeiting his life as a regular high schooler.

Yosuga no Sora is a controversial series that follows Haru and Sora Kasugano, a pair of orphaned twins whose taboo relationship goes beyond simple familial love. Despite Haru’s romantic involvement with his twin sister, he tries to hide it from his girlfriend, Nao Yorihime.

Unfortunately for everyone involved, Haru and Sora aren’t great at being discreet, and one poorly timed visit from Nao to the twins’ apartment quickly uncovers the pair’s relationship. While ending up at the wrong place at the wrong time was traumatic for Nao, it was better than continuing to indulge an unfaithful boyfriend.

In Fullmetal Alchemist, Yuriy and Sara Rockbell’s good deeds eventually cost them their lives, subjected to Scar’s blinding rage. Winry’s parents served as doctors on the front lines of the Ishvalan Civil War, disregarding the racial differences between Ishvalans and Amestrians.

Unfortunately, they didn’t realize that one of their patients would wake up in a panic, killing his saviors just because they had the same skin color as those who slaughtered his brother. Anyone else could end up in Rockbells’ spot, but they were the unlucky ones.

Rokuro “Rock” Okajima stumbles into the plot of Black Lagoon after encountering the Lagoon Trading Company while on a business trip. An ordinary Japanese salaryman, Rock was traveling the South China Sea for work when Dutch, Revy, and Benny hijack the ship he was on and take the poor man hostage.

From that point, Rock’s life becomes intervened with the fate of the Lagoon Trading Company. Despite his involvement with the pirates being an accident, the man finds himself drawn to the crime-infused lifestyle and, eventually, joins the crews of Black Lagoon on his own account.

He came face to face with a limbless, bloody body of Kiss-Shot Acerola-Orion Heart-Under-Blade, a monstrous yet deadly beautiful vampire. After begging the boy to give up his life and save her, Kiss-Shot persuades Koyomi to give her his blood, turning the boy into one of her kind.

The devastating story of Xiao Xingchen, a blind cultivator who sacrificed his eyes to his friend, Song Lan, is one of the saddest tales in Mo Dao Zu Shi. Despite the friends’ paths parting, Song Lan seeks Xiao Xingchen out to apologize. Song Lan’s intentions might have been pure, yet his timing couldn’t be worse.

Instead of Xiao Xingchen, the cultivator encounters Xue Yang, his rival, who has been tricking the blind man into killing innocent people for years. In a fierce battle, Xue Yang​​​​ wickedly douses Song Lan with corpse toxins, watching in glee as Xiao Xingchen unknowingly kills his best friend, mistaking him for a demonic entity.

​​​​​​​If there is an embodiment of the “wrong place, wrong time” trope in anime, it is Hasegawa Taizou, Gintama’s unluckiest character and the butt of every joke. From getting arrested when he is mistaken for a molester to being the first one to get captured by Amanto soldiers during his single spark of bravery, ill fate seems to be following Hasegawa’s every step.

He always ends up accidentally dragged into Yorozuya’s schemes, making his already miserable life even more difficult and never catching a break from the constant cruel twists of fate.

Next: 10 Most Frustrating Shonen Anime To Watch (& Why)