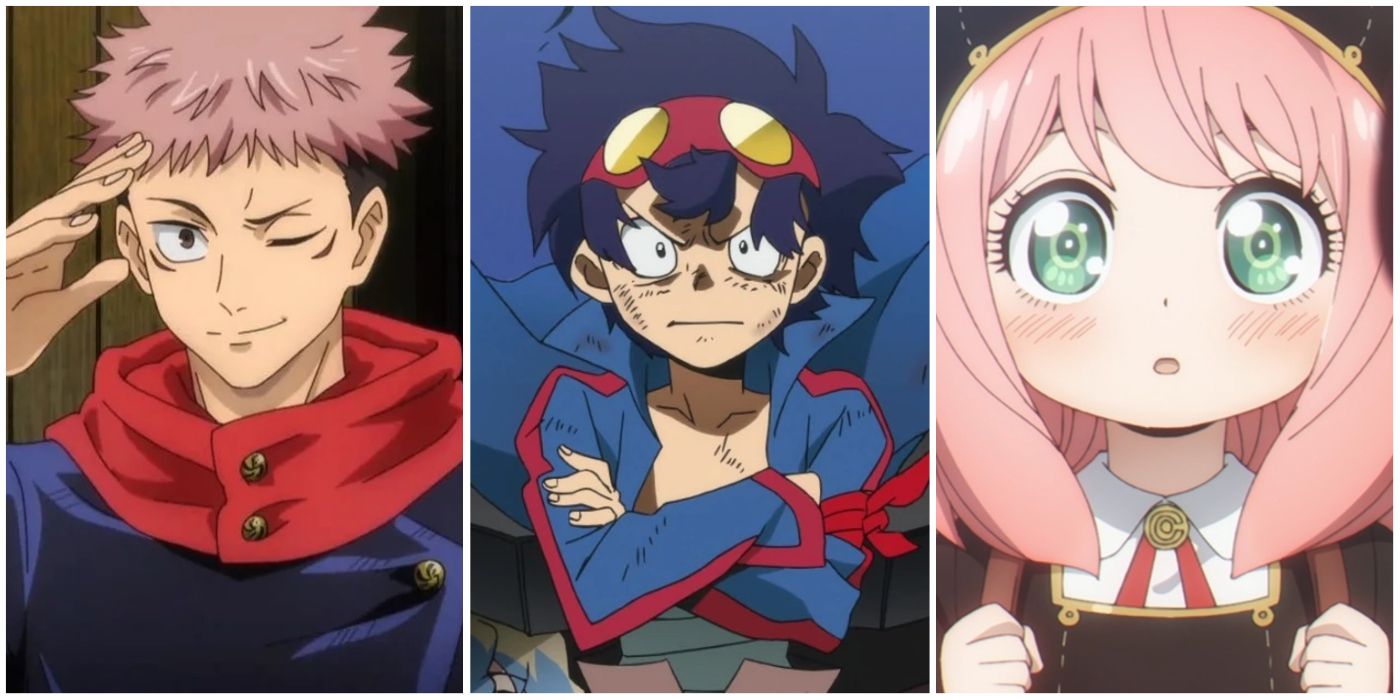 In the world of Japanese animation, heroes experience a wide variety of origin stories. Certain anime protagonists trained all their lives since childhood to become heroes, such as Naruto Uzumaki or Son Goku. Other heroes spent years training and honing their skills/abilities before they could be considered heroes, such as Eren Yeager or Guts the mercenary swordsman.

RELATED: 10 Anime Heroes Who Have Everything to Lose

Then there are anime protagonists who become heroes much more suddenly. Often, this happens when a character suddenly acquires the powers and/or knowledge necessary to serve as heroes, and they dive right into the adventure. These overnight heroes are total novices at what they do, but they’ll figure out the combat system as they go and make up for lost time.

The sword-slinging shonen hero Ichigo Kurosaki became a hero literally overnight, since his powers were awakened late one evening while fighting a monstrous Hollow. The very next day, Ichigo was already a full-blown hero, and he had Rukia to help him learn how to operate as a Soul Reaper.

It all started when the Hollow called Fishbone D attacked the Kurosaki home, and Rukia wasn’t strong enough to defeat it. So, she stabbed Ichigo with her zanpakuto to lend him her powers, and Ichigo’s own latent powers awakened in a matter of seconds, complete with black robes and a generic zanpakuto of his own.

It’s no secret that Jujutsu Kaisen was heavily inspired by Tite Kubo’s Bleach, including the concept of a punk high schooler fighting supernatural monsters after suddenly acquiring his powers. The new Ichigo is the kind Yuji Itadori, who gained his sorcery when he swallowed one of Ryomen Sukuna’s cursed fingers.

Now Yuji is a powerful shonen hero, but it’s not all fun and games. Yuji is a target for the curses and sorcerers alike, since he is Sukuna’s living vessel. Despite these hardships, though, Yuji will fight on and protect everyone who needs him.

In the action fantasy series Noragami, the roguish minor god Yato does most of the heavy lifting when it’s time to fight, but his ally Hiyori Iki isn’t afraid to lend a hand when people need her. She used to be an ordinary student, but after a traffic accident, she suddenly awoke as a spirit, and there was no going back.

RELATED: 10 Anime Characters That Became Villains After One Bad Day

Now a proper hero, Hiyori worked hard to emotionally support all her friends and any friendly gods or spirits she met. She even used unarmed combat to save the day sometimes, a lifestyle she had never before known as a student. Yato is quite impressed with Hiyori’s sudden growth as a hero.

A variety of isekai heroes became heroes overnight, usually when the reincarnation process resulted in them gaining supernatural powers and/or weapons. A great example is Rimuru Tempest the slime, who went from ordinary businessman to powerhouse slime in a matter of minutes.

Rimuru was reborn as a slime with many magical abilities, and he immediately began experimenting with his powers before he exited that cave to make some new friends and build his own nation. It took time to build his monster kingdom, but in an eyeblink, he gained the power to make that dream a reality.

6 Naofumi Iwatani Got Isekai Powers, Too (The Rising Of The Shield Hero)

The Shield Hero, Naofumi Iwatani, is one of four overnight heroes to appear in the Shield Hero anime. Or at least, they were summoned with the express intent of becoming heroes. Naofumi was framed and banished, and the other three Cardinal Heroes did a sloppy job saving the kingdom from monsters.

Still, there’s no denying that Naofumi gained amazing magical powers and shields overnight, and he made good use of them. He built his own party and saved the kingdom in his own vigilante way, and later on, he became the true hero everyone always longed for.

Katarina Claes is also an isekai protagonist, but unlike Rimuru and Naofumi, she was not reborn with heroic powers. Instead, she was reincarnated as a villainous Katarina Claes, and she didn’t regain her true memories until she fell and hit her head.

With her memories restored, Katarina immediately shifted gears and became a kind-hearted young hero instead. She worked hard to make all her friends and family members happy, and for that, they all loved her dearly as a true friend. She even became a much better hero than the original protagonist, Maria Campbell.

Arguably, the seinen protagonist Ken Kaneki is more like an antihero than a clean-cut hero like Yuji or Katarina. But he certainly did gain his powers overnight, and he aimed to do good for both humans and ghouls with his newfound abilities as a half-ghoul.

Ken was once human, but then he got badly injured, so Dr. Kano implanted Rize’s ghoul organs in him, meaning Ken awoke in the hospital as a half-ghoul, ready for action. Now he’s a man of two worlds who is determined to save everyone, though it’ll take him time to figure out how ghoul-based combat works.

The young telepath Anya Forger began Spy x Family already capable of reading minds, but that alone did not make her a hero. Anya did have the heart of a hero, though, and when she visited the hospital where Loid worked, Anya finally established herself as a true do-gooder.

Anya read the mind of a boy who was drowning in a physical therapy swimming pool, so she rushed over to save him. After Loid extracted them both, Anya was recognized as a proper hero, and she also received a Stella Star for her efforts.

Jotaro, Josuke, and Giorno were all introduced as fully-fledged Stand users, but the heroine of the Stone Ocean story arc, Jolyne Cujoh, is a different story. At first, she had no Stand, and she didn’t even know what Stands were. Then, a piece of the Stand Arrow poked her, and Jolyne gained Stone Free.

This made Jolyne a Stand-using hero overnight, and just in time, too. She needed that remarkable Stand and all its abilities to survive all the antagonistic Stand users found in that prison, and even with Jotaro’s aid, it won’t be easy. But at least Jolyne has a fighting chance.

Not all anime mecha heroes enroll at an academy and learn to pilot giant robots. Simon was once an ordinary digger in his underground home village, but then he stumbled upon something incredible – a small Gunmen, a head-shaped model dubbed Lagann.

Simon’s life was forever changed. With Lagann’s power, Simon and his big bro Kamina broke free to reach the Earth’s surface, and they’ve been fighting together ever since. Then Kamin acquired his own Gunmen, Gurren, and the two combined to form Gurren Lagann.

NEXT: 10 Anime Heroes That Once Worked For Villains